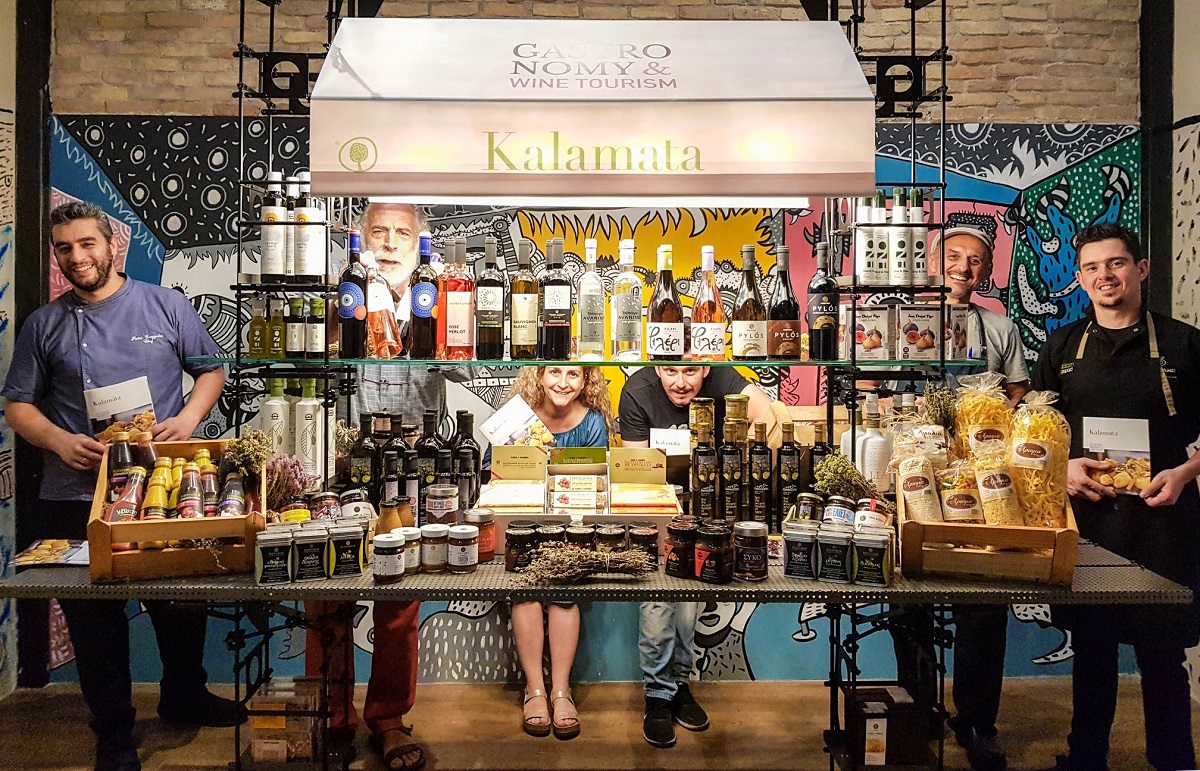 Kalamata products, recipes and gastronomic traditions came into the spotlight last week as the first established “Gastronomic Community” under a recently launched effort to designate regions in Greece based on their food and wine products.

Dubbed “Gastronomy & Wine Tourism in Greece”, the ambitious initiative comes months after the presentation of the idea by its mastermind, Giorgos Pittas, who through the release of his seventh book titled Gastronomic Communities – Gastronomic Destinations: A Call to Action, last year, laid the groundwork for individual producers, restauranteurs, shopkeepers and hoteliers to come together, create clusters and promote their region’s foods, products and traditions through organized production, wholesale, retail and tourism. 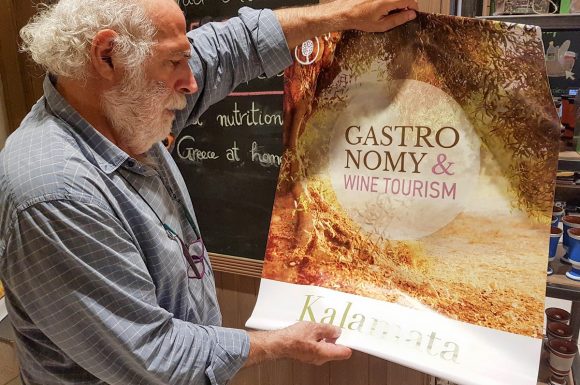 “Greek gastronomy can only advance if we develop local products and cuisines and work together,” said Pittas, who is also the founder of the online Greek Gastronomy Guide (GGG) last week during a presentation at the Yolenis Greek Gastronomy Center in central Athens.

The Kalamata cluster is currently made up of 25 local professionals representing a range of business interests, including vinegar and wine makers, chefs, restauranteurs, and hoteliers, who attended a four-month training program. The 25 participants are listed on the GGG guide complete with info on Kalamata, its products, map and services in English.

Speaking to GTP Headlines, cluster members said they hoped others would see the results and soon join in too. “It’s all about changing mentalities,” said Panagiotis Chrysomallis, owner of the Oinopantopoleion restaurant serving traditional Kalamata cuisine. “We’ve been working in the same area for several years. We all know each other, but there never was a motive to join forces and promote the wealth of our region together,” he said. 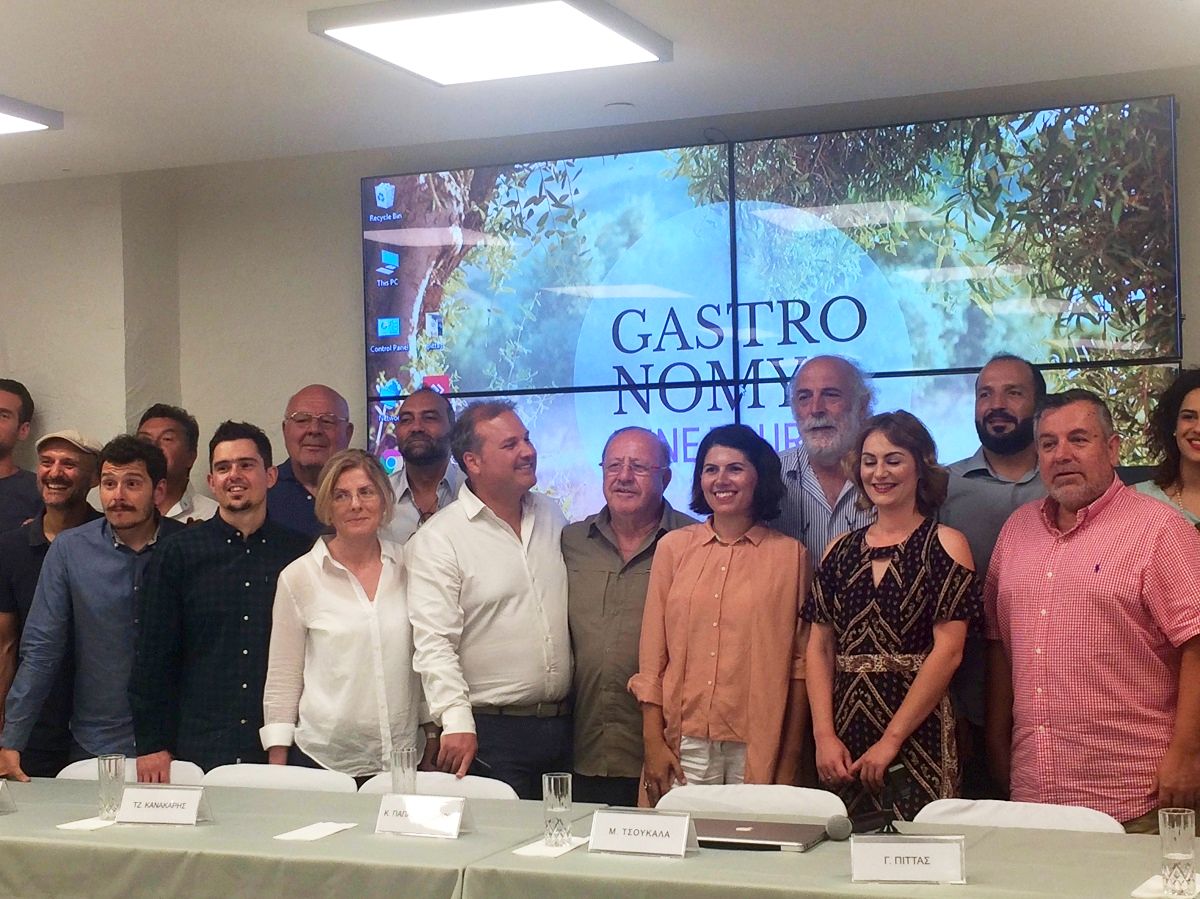 The first Kalamata professionals to join the cluster aimed at promoting local gastronomy-related products and services.

According to Pittas, the goal in the first phase of the project is to establish eight “Gastronomic Communities” each year. Following Kalamata, next on the list is Naoussa, Kerkini, and Zagori, with hopes that the Kalamata example will spur on other Greek destinations to take action. 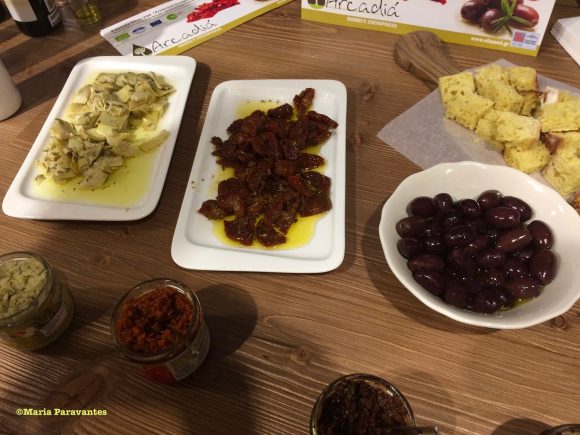 Pittas noted that Kalamata as well as future regions were elected based on their popularity and tourism potential. To make things even clearer, Pittas together with local stakeholders drew up a 12-principle manifesto of sorts which lays out the “terms and conditions” that will facilitate relations between cluster members but will also serve as a stepping stone to securing protected designation of origin (PDO), protected geographical indication (PGI), and traditional specialities guaranteed (TSG) status for each region’s gastronomic traditions and products.

Not Selling a Product Alone, You’re Selling a Story

Representing Yolenis, Angelos Filippidis underlined the company’s commitment to promoting Greek products. “Instead of giving up because of the crisis, dozens of small producers decided to go back to their villages and to create with persistence and care carefully branded products in fine packaging,” he said, adding however that there are currently no distribution networks to help out. 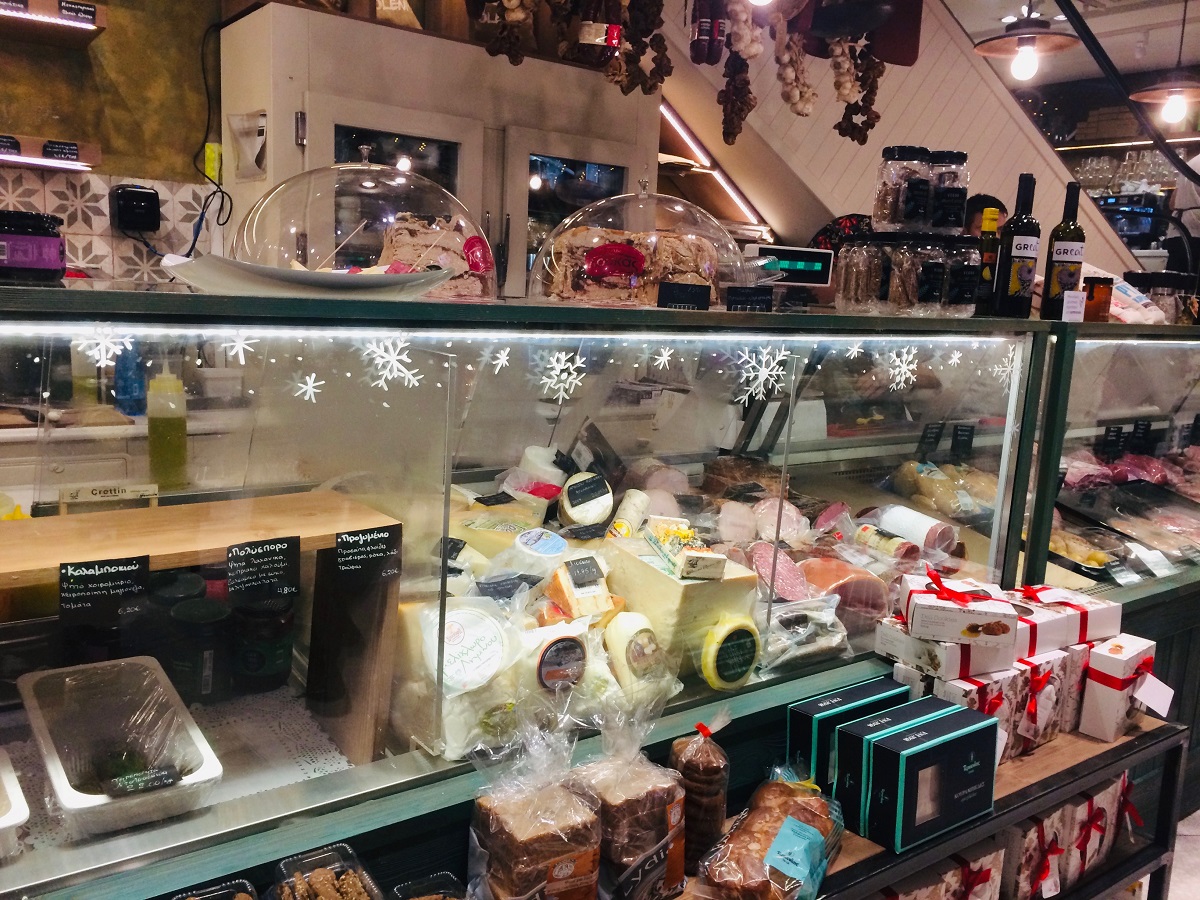 For Filippidis it is crucial that all stakeholders understand that “you’re not selling a product alone, you’re also selling a story behind that product to which you can connect a destination or a region’.

In the meantime, travelers, Athenians, and visitors to Athens can get a taste of what Kalamata has to offer at the Yolenis Greek Gastronomy Center through to July 3, where chefs will be preparing Kalamata delicacies or dishes inspired by and prepared with local products, the most prominent of which are olives, raisins, extra virgin olive oil, vinegar, dried figs, wines, and vinegar.