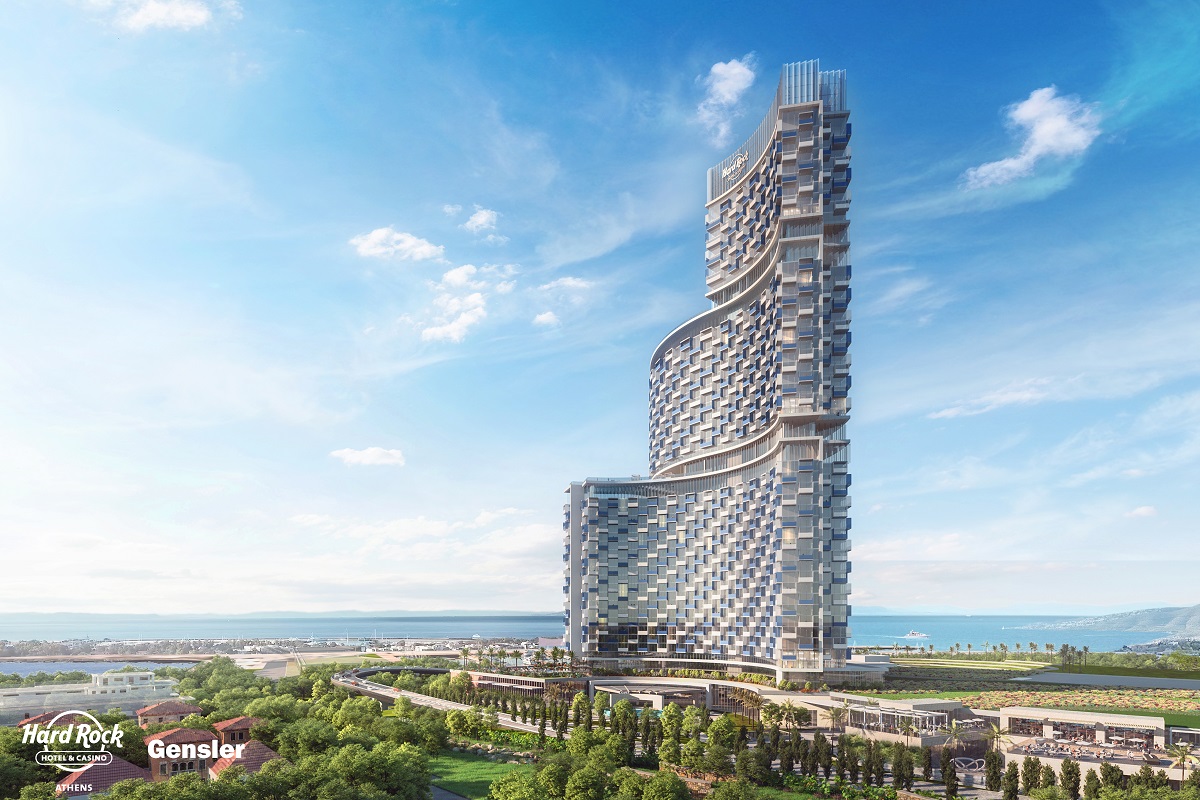 An impressiion of Greece’s first Integrated Resort and Casino (IRC) in Ellinikon.

Greek construction firm GEK TERNA, awarded the 30-year concession for the development of the first Integrated Resort and Casino (IRC) in Greece dubbed INSPIRE Athens, has entered a partnership with Hard Rock International, the companies announced this week during a special event in Athens.

GEK TERNA Group, which holds a 49 percent share, will undertake the construction of the project to start early next year.

Hard Rock will be participating for the first time in a casino investment in Europe, as part of The Ellinikon project, which also includes plans for Europe’s largest coastal park, to go up along the Athenian Riviera.

The casino in Athens is the newest addition to Hard Rock International’s portfolio which includes venues in over 70 countries spanning 265 locations. 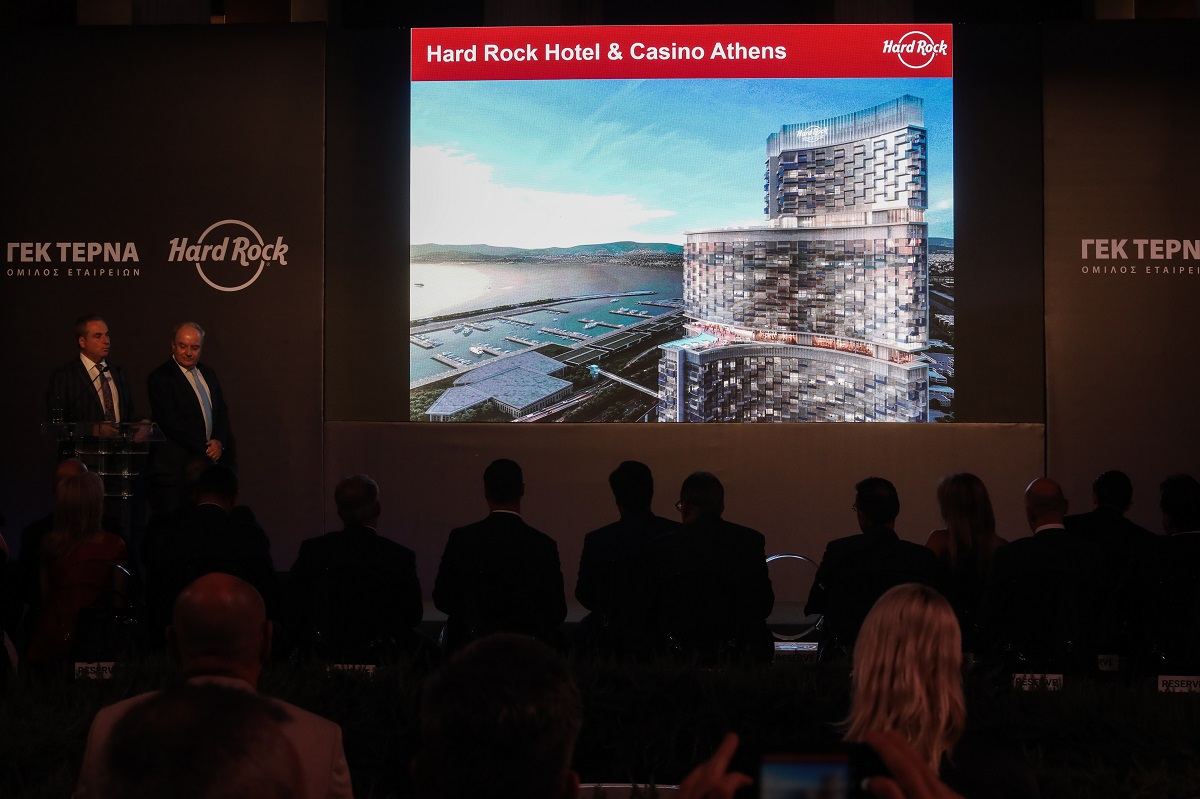 Greece’s first IRC project was presented by GEK TERNA and Hard Rock executives during an event held at the Zapio mansion in Athens, on Wednesday. Photo source: Sotiris Dimitopoulos/Eurokinissi

“This development will create a premium tourism spot, expected to offer employment to thousands of people, yield significant revenues to the public sector, and add value to Greece’s brand” said George Peristeris, Chairman and CEO of GEK TERNA Group.

“Along with Hard Rock we are realizing a private investment of over 1 billion euros, reaffirming our trust in Greece’s prospects and potential.” 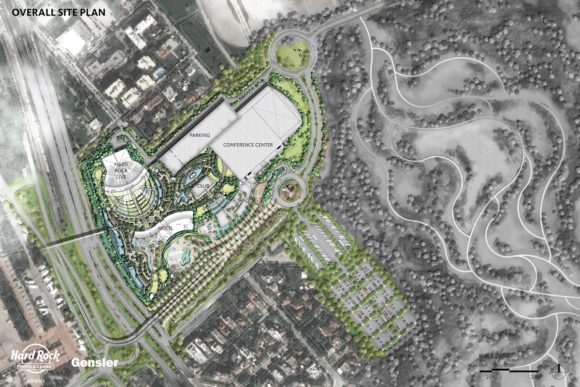 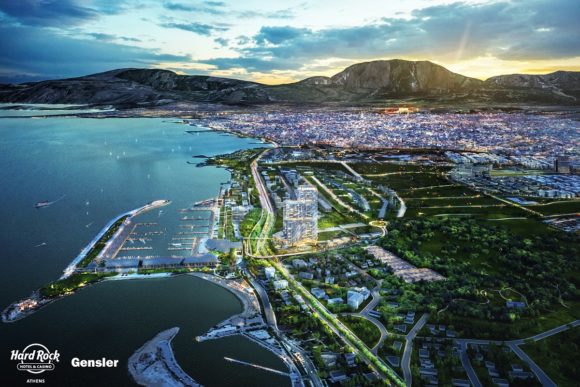 The project will include open spaces, gardens and water features with total green open space covering close to 205,000m2. The three-level main tower will have three different orientations with views to the Acropolis, the sea and Mount Hymettus.

“We are thrilled to announce the partnership with GEK TERNA Group and further expand Hard Rock’s reach across the globe in the great City of Athens,” said Jim Allen, Hard Rock International Chairman.

“This development will bring over 3,000 permanent jobs to the people of Greece and we look forward to bring our unique brand of entertainment and provide an unparalleled experience for guests of all ages.” 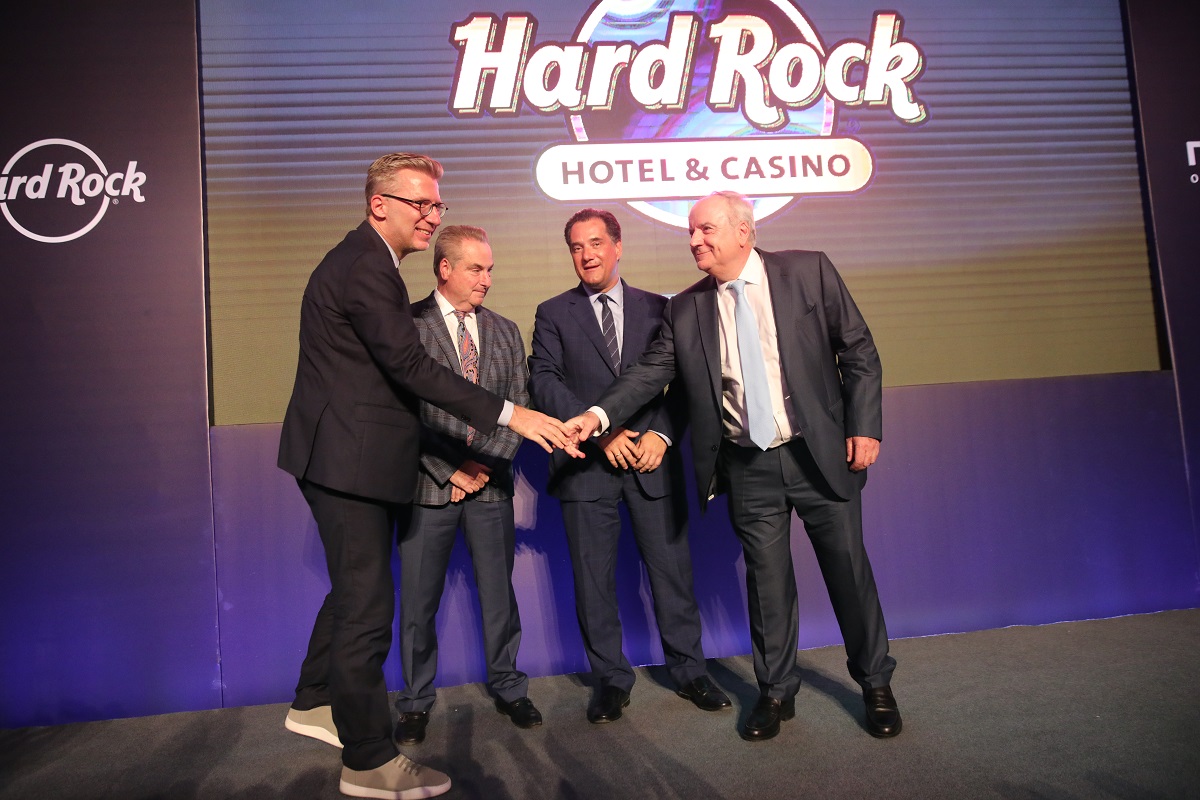 The project includes a 15,000m2 casino with 200 tables and 2,000 gaming machines while the tower consists of more than 1,000 guest rooms and suites, totaling almost 3,500 beds overlooking the waterfront or views across Athens to the Parthenon.

It will also include the highest terrace in Athens, with a rooftop pool deck consisting of bars and the Rock Spa and Body Rock Fitness center. 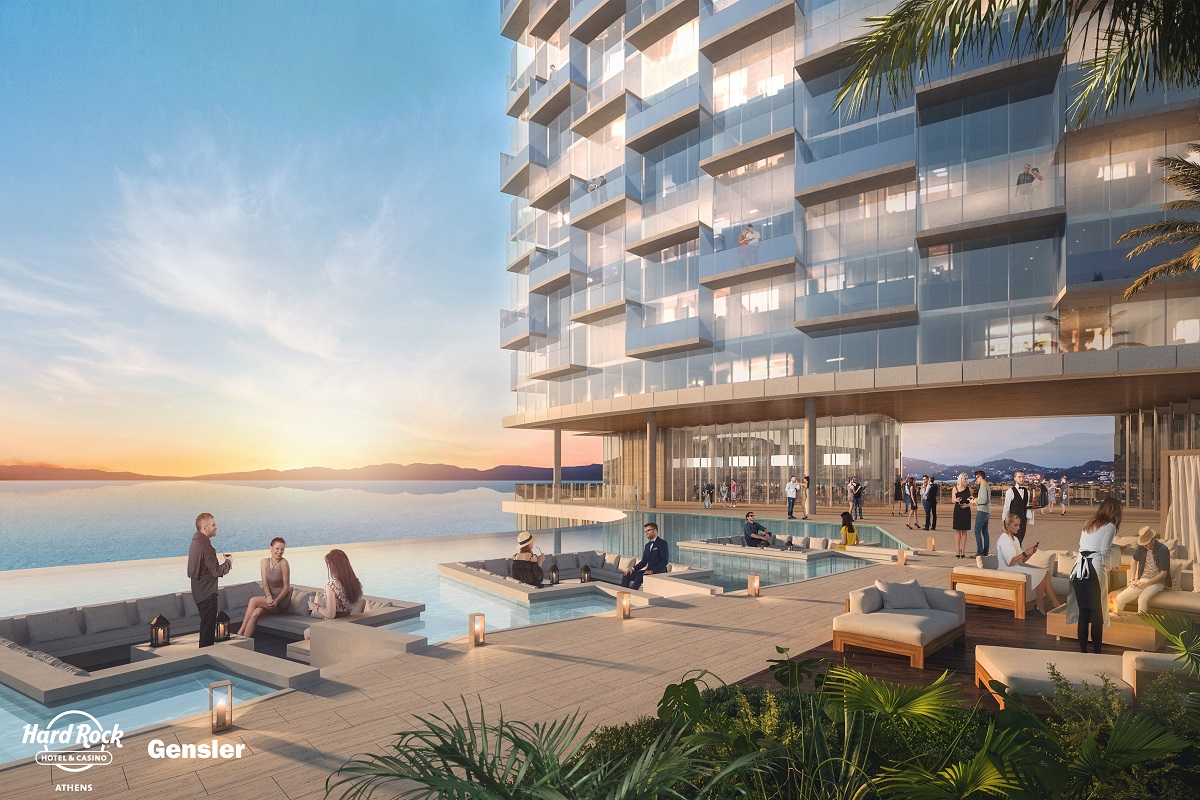 The 3,000-seat Hard Rock Live theater, inspired by the ancient Greek amphitheater, includes a stage extending to the exterior for outdoor festivals and concerts with an additional 7,500 seats.

Visitors will be able to enjoy dining and shopping along a promenade featuring high-end local and international brands, restaurants, bars and lounges.

It should be noted that Hard Rock International had entered a battle with Mohegan Gaming & Entertainment for the license to manage the casino resort after being excluded from the tender. Hard Rock announced in 2020 that it would be taking the matter to the European Commission.