‘The Ellinikon’ in Greece will be Europe’s Largest Coastal Park 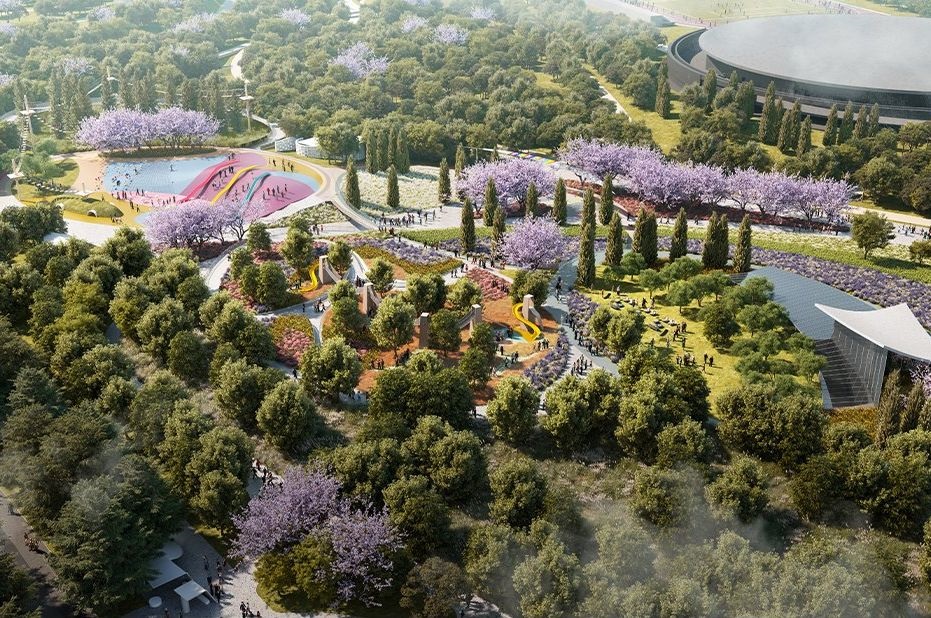 Athens-based firm Lamda Development presented this week the designs for Europe’s largest coastal park – The Ellinikon Park – to be created on the premises of Athens’ former airport near Glyfada, budgeted at 250 million euros which will be fully covered by the investor.

Studies and procedures are set to be complete by the end of 2022 when a tender will be announced for the construction of the highly anticipated project set to breathe new life into the Athenian Riviera, south of Athens. A large section of the park is slated for completion in 2025, said Lamda Development, adding that a park venue – Experience Park – already opened to the public in December last year. 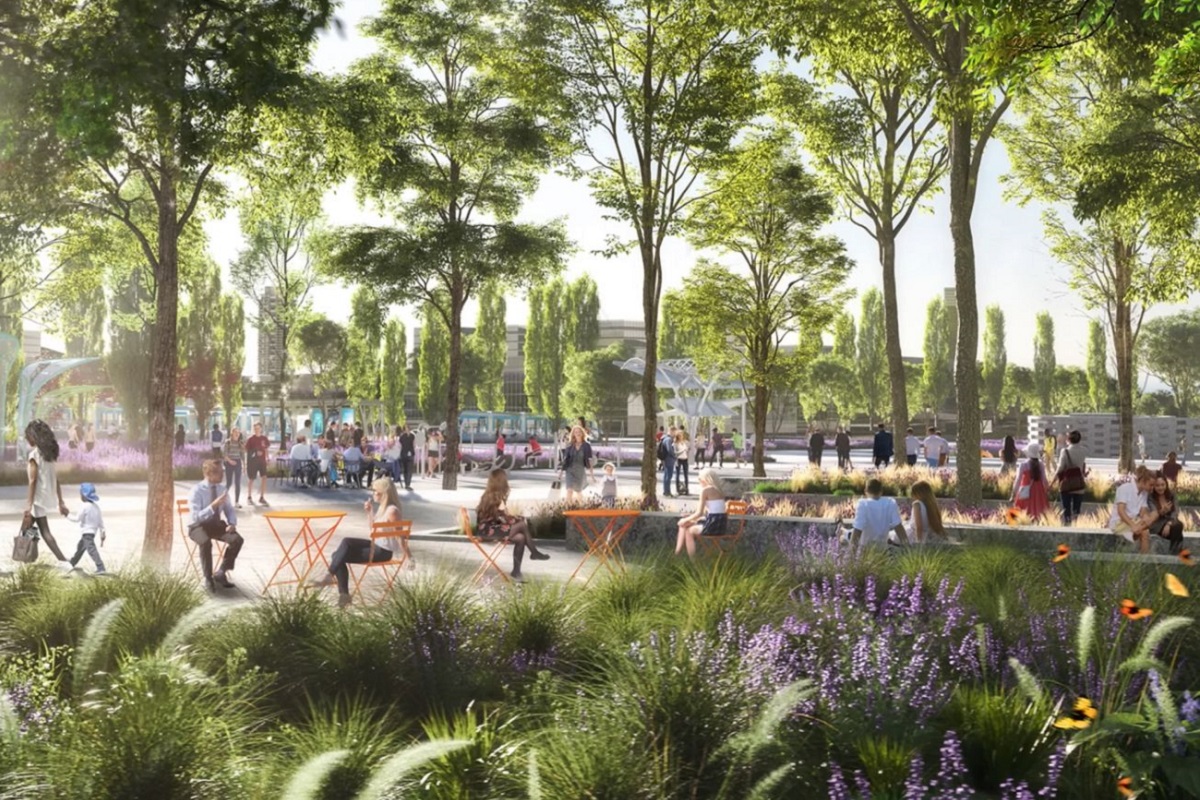 Larger than Hyde Park in London, the 2,000,000m2 The Ellinikon Park along the  Athenian Riviera once completed will be able to handle over 500,000 visitors a day. A main attraction will be a 56-meter-wide promenade connecting Vouliagmeni Avenue with the coastal front through The Elliniko.

Developers expect the park will have multiple benefits contributing to the improved standard of living, to the microclimate and the environment and serving as a main tourist attraction. 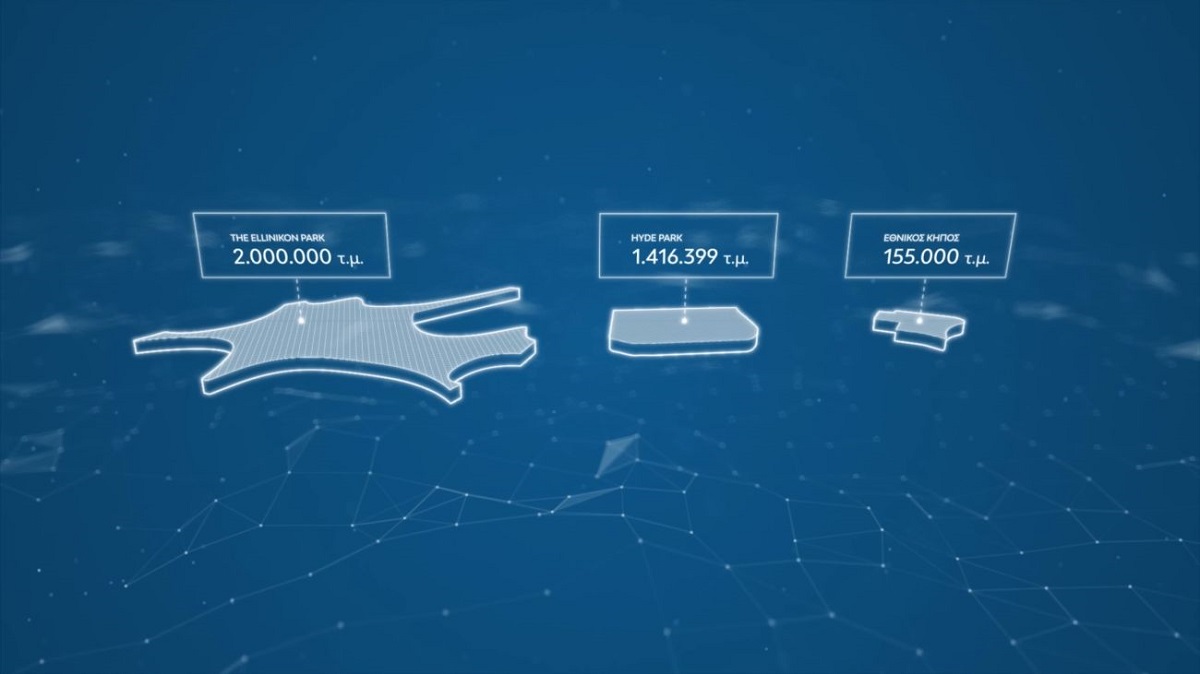 Architectural firms Sasaki and Doxiadis+ have employed sustainability principles in their desing taking into account the biodiversity of the region. The airport’s runways will be retained and used as part of an extensive 50km network of walking and bike paths and 1,000,000 new trees and plants will be planted. Designers have also taken actions so that the park is self-sufficient covering its own irrigation and electricity needs.

“The Ellinikon Park is more than a large, green park. It is a new proposal that introduces a new way of life to Greece and the world; a proposal where nature, people and the most advanced applications of technology will co-exist harmoniously. The Ellinikon Park will be constructed and will operate solely with the investor’s funds and will be a park for everyone” said Odisseas Athanasiou, CEO of Lamda Development.

Areas of interest in the park include the Olympic Square to showcase Olympic heritage, the amphitheater where concerts and events will be held, the Saarinen area where the Eastern Ellinikon International Airport will be redeveloped into an exhibition and cultural center, the Trachones stream and kayak lake, and the Experience Park. 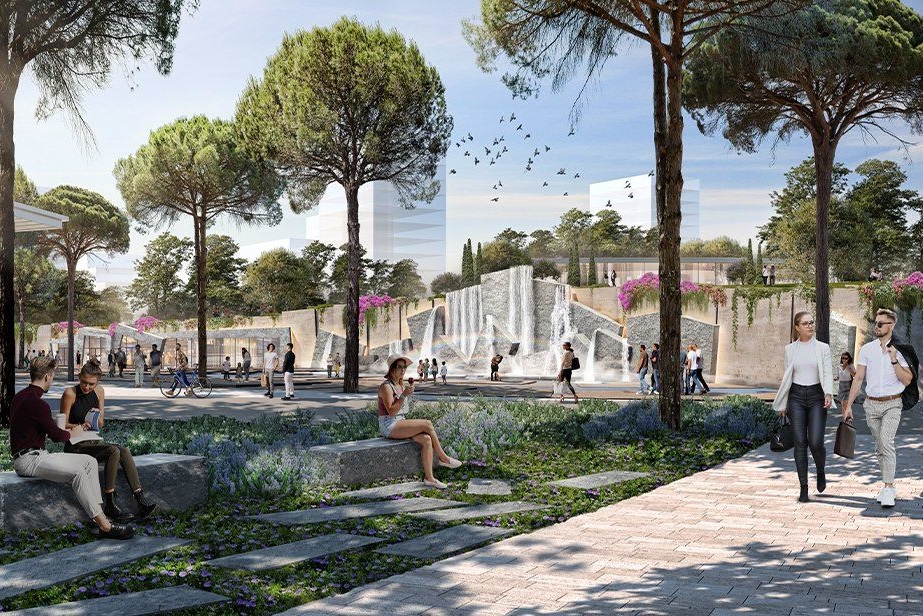 Ellinikon, considered the biggest greenfield urban infrastructure development investment in Europe, is the largest privately-funded investment to be carried out in Greece, budgeted at around 8 billion euros and set to create more than 75,000 jobs.

At the same time, the country’s first Integrated resort and casino (IRC), INSPIRE Athens, is expected to increase international tourism arrivals to Attica by 10 percent.

Other projects carried out by listed companed Lamda Development include The Mall Athens, Golden Hall in Athens, the Mediterranean Cosmos in Thessaloniki, office buildings, residential complexes and Flisvos Marina in Faliro.