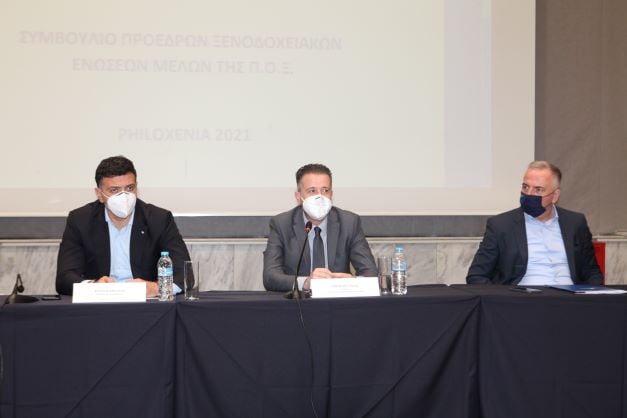 Greek tourism this season may have saw a rebound better than expected, but the country’s hotels still have ‘a long way to go’ to cover the losses of 2020 and 2021 due to the impact of the Covid-19 pandemic, says Hellenic Hoteliers Federation (HFF) President Grigoris Tasios.

Speaking on Friday during the annual meeting of the presidents of Greece’s hotelier associations, held on the sidelines of the Philoxenia tourism exhibition in Thessaloniki, the federation’s president said that Greek hoteliers managed to keep Greece in the lead as a destination thanks to their professionalism, exemplary responsibility and the hard work of all in the tourism secor.

“This was a process that was not easy for Greek hotels… Sacrifices were made and even if we managed to reduce the losses to -40 percent of 2019 levels, we still have a long way to go to cover the deficits of 2020 and 2021,” he stressed. 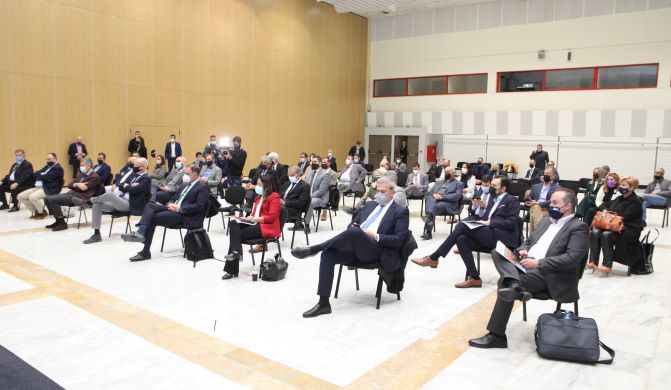 The federation’s president said that Greek hoteliers will stand united in tourism and continue “the struggle for survival” step by step and rebuild endurance.

“However, the state must continue to support the industry in order for us to face the great challenge of continuing tourism activity in the autumn and winter,” Tasios said.

He said that the 2,000 year-round hotels that are operating in city centers, in countryside towns and especially in mountainous destinations are giving a battle to remain afloat after “two lost tourism years”.

Moreover, Tasios underlined that the Covid-19 pandemic highlighted a series of major problems that make everyday life difficult and affect the competitiveness of Greek hotels.

“The return to normalcy from March 2022 that we are hoping for requires immediate interventions to past issues or those created under exceptional circumstances, such as increased energy costs,” Tasios stressed.

With regard to past issues that still linger over the sector, Tasios referred to the operation of unlicensed accommodation units; short-term rentals, which still operate without rules and health protocols; the high VAT (value added tax) on hotels, compared to the competition; and the additional single property tax (ENFIA) charged on hotels.

SETE: We need to think and plan outside the pandemic 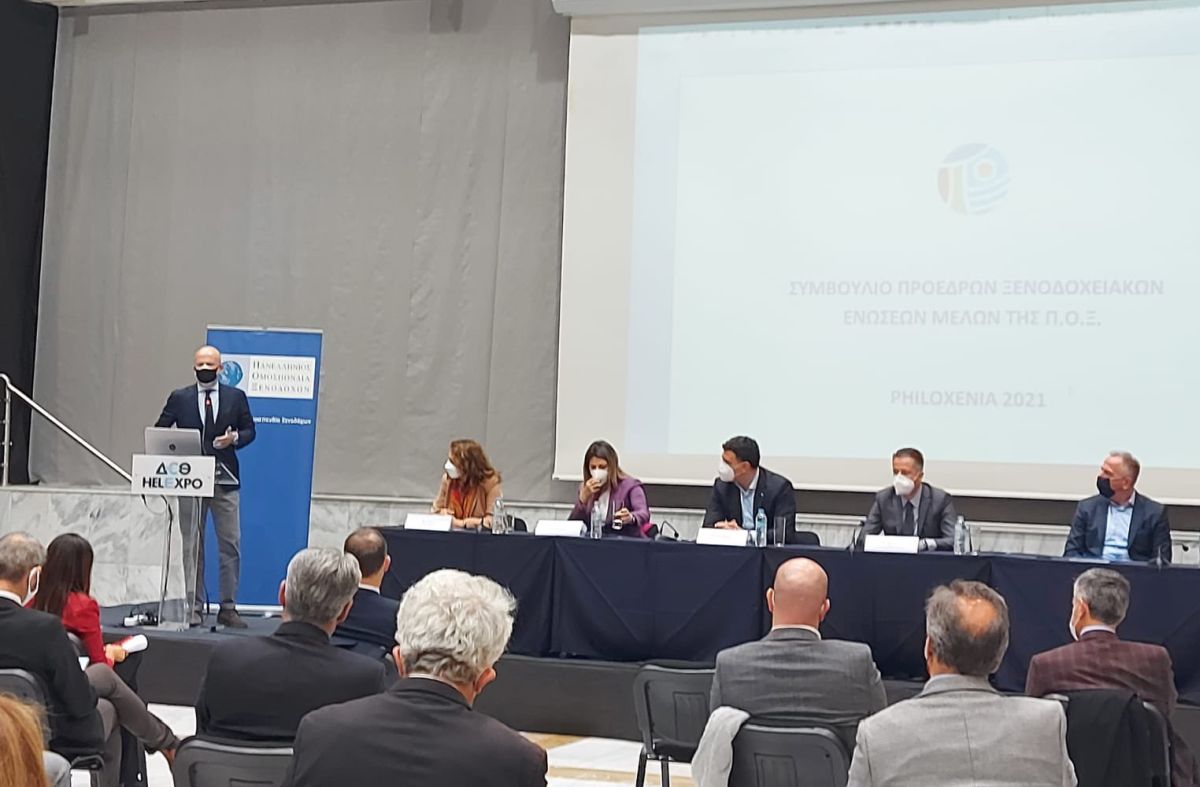 Greek Tourism Confederation (SETE) President Yiannis Retsos echoed Tasios and referred to a difficult winter ahead due to the ongoing pandemic and rising energy costs.

“This year’s tourism season comes to a close on a positive note, much better than expected. However, the winter months, with Covid-19 and rising energy costs, will be difficult, but we need to start work for ‘the day after’, think and plan outside the pandemic,” SETE’s president said.

Retsos highlighted that Greece needs to manage its destinations, with a focus on improving infrastructure and creating quality products that are based on experiences – which is now the main demand of the traveler – and promoting them properly.

“In 2022, where safety will remain a major issue, our country will benefit again, because it is something that has succeeded it after two successful covid seasons. From 2023 onwards, however, competition will be relentless and we will be unforgivable if we rest on our laurels,” he said. 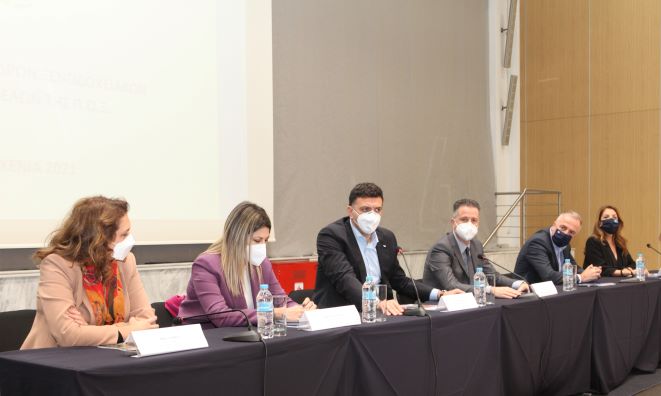 With regard to the concerns expressed by hoteliers on business this winter, Greek Tourism Minister Vassilis Kikilias said that the ministry is preparing to launch a “very tasteful” campaign for winter and alternative tourism that will target both the domestic and international markets to attract more visitors.

“For the first time in the country, in collaboration with the Greek National Tourism Organization (GNTO), we will run a campaign for city breaks in Athens, Thessaloniki and other cities but, mainly, for the countryside and the other Greek regions that have destinations of unparalleled beauty, which the traveler, especially the one coming from abroad, should get to know,” he said.

Cooperation and professionalism is essential

Moreover, the tourism minister said he is positive that Greek tourism will overcome difficulties and called for cooperation and professionalism.

“Today I had the opportunity to listen very carefully to the professionals in the field, the issues, problems and needs they have,” he said after attending the annual meeting of the presidents of Greece’s hotelier association.

“I would like to emphasize that we must be careful, work professionally, cooperate with each other and certainly face the difficulties that exist. Difficulties that have to do with the pandemic throughout Europe, not only in Greece. I am convinced that we will overcome this,” the minister said. 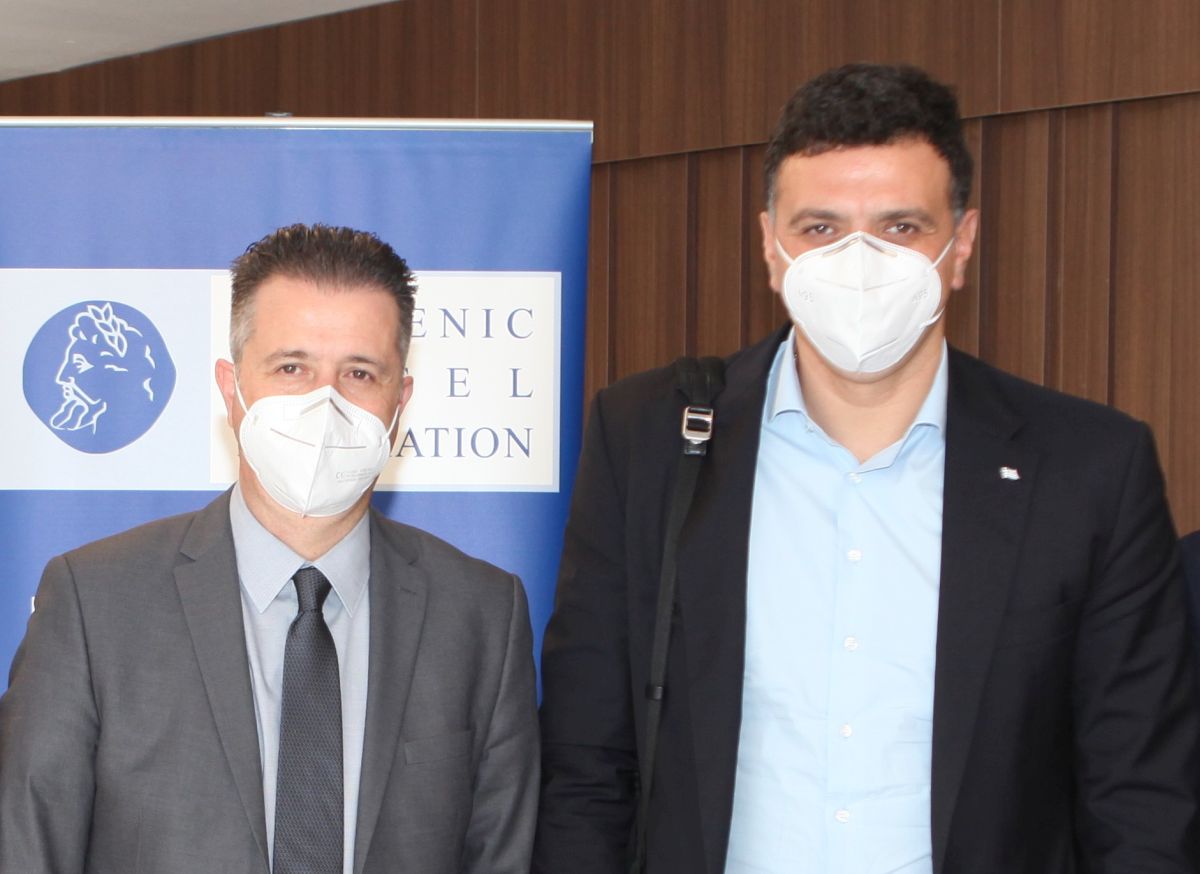 “It is November and tourism is still adding to the country’s GDP and of course, the deals we are making for 2022 are very encouraging,” he said, also referring to the European Commission’s revision to its outlook for growth in Greece to 7.1% percent.

“An important part of this growth is due to the fact that our tourism revenues have been revised upwards,” Kikilias said, reminding that forecasts for Greece’s tourism revenue in 2021 were at 5-6 billion euros.

“And now, before the end of the year and because we still have visitors in many of the country’s destinations, we are approaching 12 billion euros,” the minister added, citing encouraging data from SETE, tourism professionals and the Bank of Greece.