Why September in Greece? The Best of All Worlds 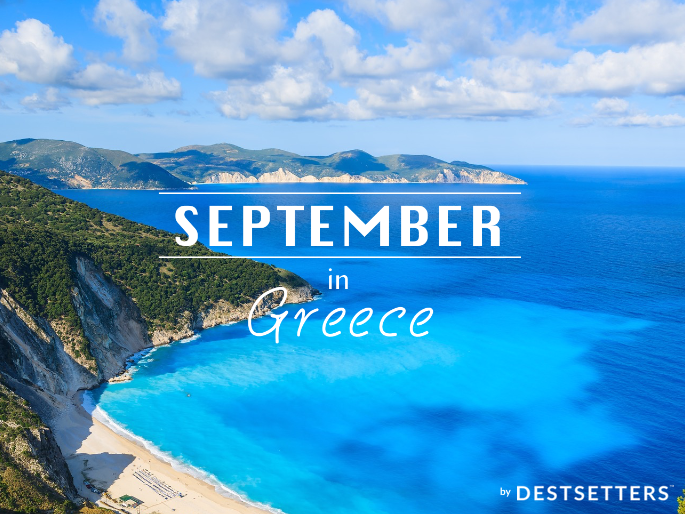 Joining the recently launched “September in Greece” project, a Destsetters initiative, the Greek Travel Pages (GTP) has nine spots for the ninth month of the year where it’s all happening in Greece.

Why visit Greece in September you may ask? Besides the country’s extra-clean award-winning beaches and waters (see those Blue Flags everywhere?), the great weather, not too cold not too hot (put poignantly by Goldilocks of Three Bears’ fame), the friendlier prices and faces, much more space (on the beach and elsewhere), the GTP proposes nine places to visit in Greece in September… as part of the “September in Greece” project.

“Our hearts were ringing
In the key that our souls were singing.
As we danced in the night,
Remember how the stars stole the night away”