Thessaloniki: In the Lap of Luxury

The capital of Macedonia and the second largest city in Greece, Thessaloniki is not only winning visitors over as an ideal city break but also for its cultural diversity and vast array of luxury hotels.

The northern port city, home to the historic White Tower and some 400,000 people, is a major economic, industrial, commercial, artistic and political centre. It is also a busy transportation hub, providing direct links with cities across southeastern Europe and Turkey through its port and airport.

Athens may be the capital of Greece, but Thessaloniki is known as the heart of art. Its festivals and cultural events, including the annual International Film Festival attracting directors, stars and producers from across the globe as well as the Biennale of Contemporary Art, not to mention serving as European Cultural Capital in 1997; Thessaloniki is bound to win over the most demanding traveler.

The renowned OTE Tower, located inside the Thessaloniki Trade Fair, is one of the biggest of its kind in Europe.

But the port city overlooking the Thermaic Gulf has much more going for it. This is also where the country’s top brass meet up to talk politics. The yearly Thessaloniki International Trade Fair, first held in 1926, is today the venue where the country’s prime minister traditionally makes his annual address laying out the priorities for the year to come. It’s also where people wanting to do business meet up.

This year, the event marks its 80-year anniversary welcoming not only the September 20 election candidates but also the city’s legendary Caryatids, back to their birthplace 151 years later. Replicas of the city’s “Enchanted”   – aka “Las Incantadas” – have returned to their birthplace on the initiative of the Thessaloniki International Exhibition Center (Helexpo) and the Thessaloniki International Fair (TIF).

The TIF-Helexpo fair kicks off on Saturday and runs through to September 13. 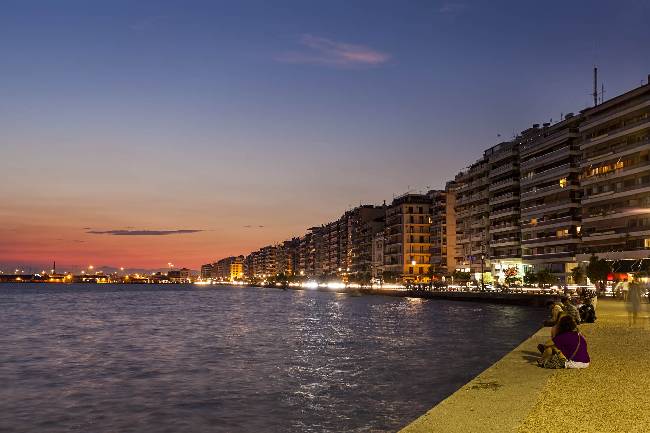 Trade fair and beyond

Trade fair and beyond, the northern port city – Byzantium’s second largest and wealthiest – also has a wide array of historic monuments among them Paleo-Christian and Byzantine monuments, the White Tower (Lefkos Pyrgos), as well as several Roman, Ottoman and Sephardic Jewish structures. 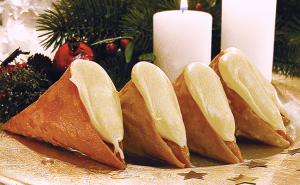 Meanwhile, its university, named after Greek philosopher Aristotle, is the largest in Greece and in the Balkan region. What’s more, this city never sleeps with some of the best nightlife spots in Greece, as well as divine food (try the custard-filled “trigona Thessaloniki’s”) and particularly Greek tit-bits served with distilled spirits ouzo or tsipouro.

In the third part of the GTP’s Luxury Series, we explore Thessaloniki’s lavish offerings. The sheer variety guarantees your money’s worth plus a city experience to be cherished. 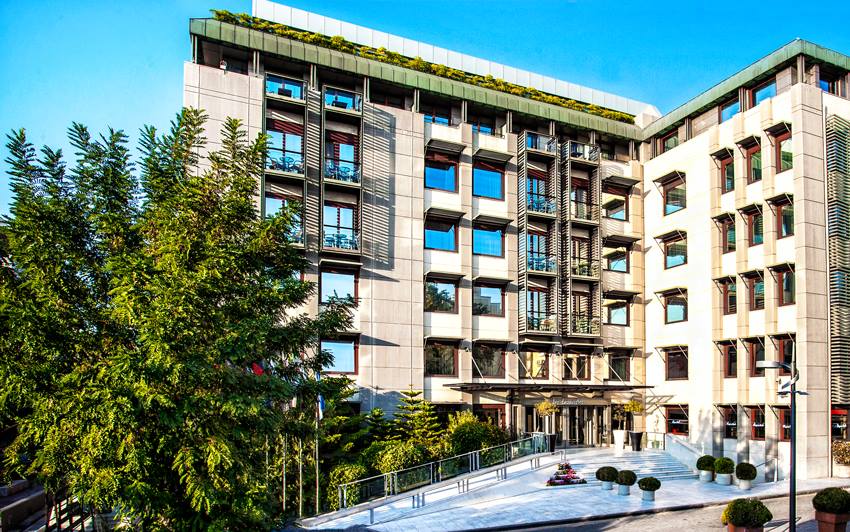 Design hotel Domotel Les Lazaristes stands out not only for its unique architecture and interior design but also for its excellent services. Opening its doors to the public in 2004, the five-star hotel is one of seven Domotel boutique and luxury lifestyle facilities across Greece. The hotel offers the finest food, a wide variety of Greek wines, comfortable rooms and polite service. In the words of its guests: “highly recommended”. 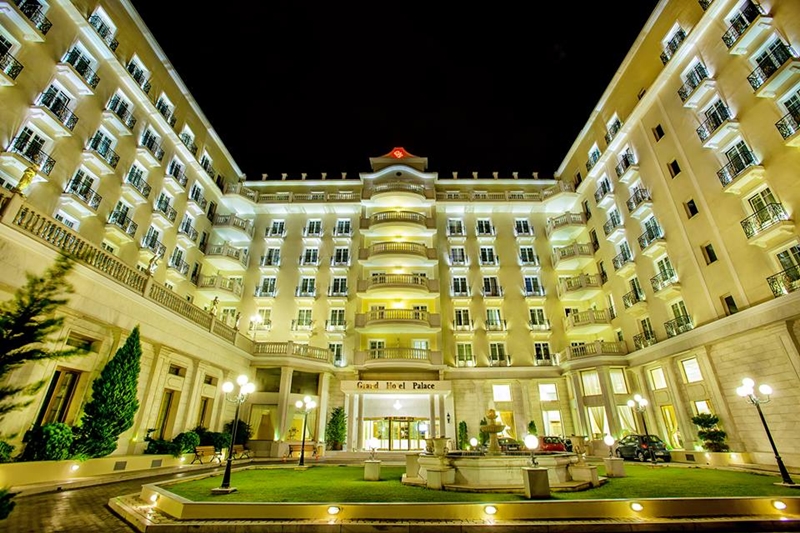 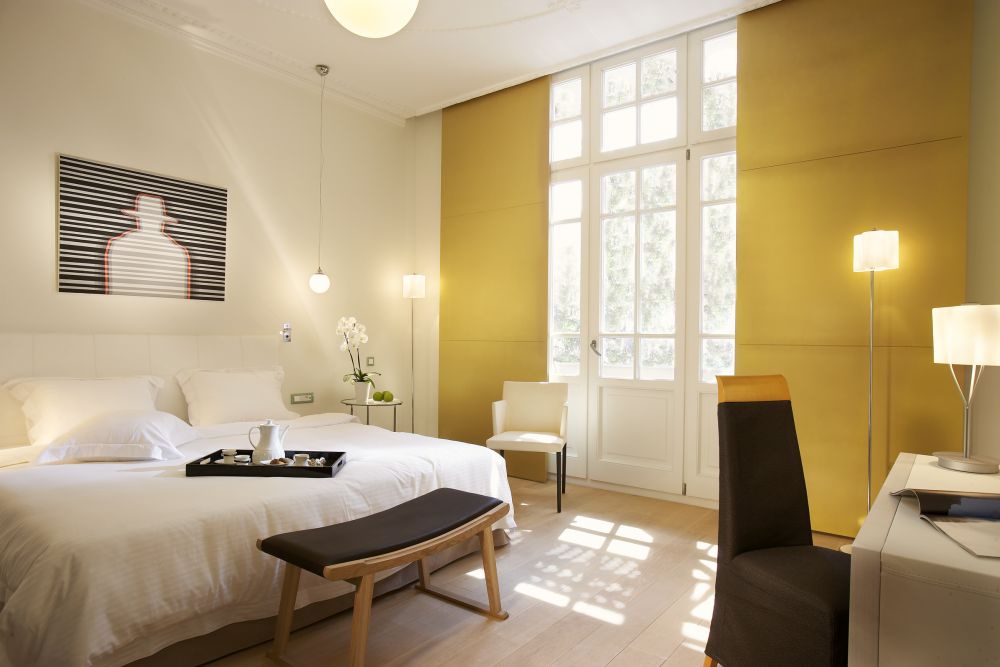 In the heart of Thessaloniki, this lush oasis serves its name: The Excelsior. Individually designed by a team of distinguished architects, its rooms and suites are fitted with the finest in comfort and its balconies offer a breathtaking view of the cityscape. An excellent choice for those keen on being pampered… in style. As described by its callers… “the epitome of urban luxury”. 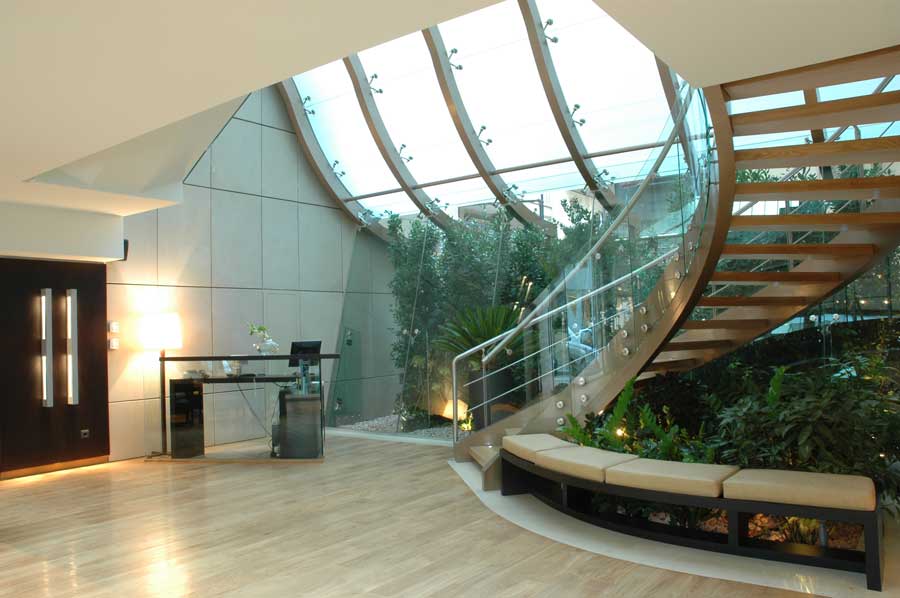 Daios Luxury Living may be an exclusive “home away from home” but it’s also the place to wine and dine in elegance. This boutique hotel employs light, music and edible delights to keep its visitors feeling pampered as it “immerses” the guest into a feeling of well being. It’s actually known for its “Pampering Packages”, winning over guest loyalty and some first-rate reviews. 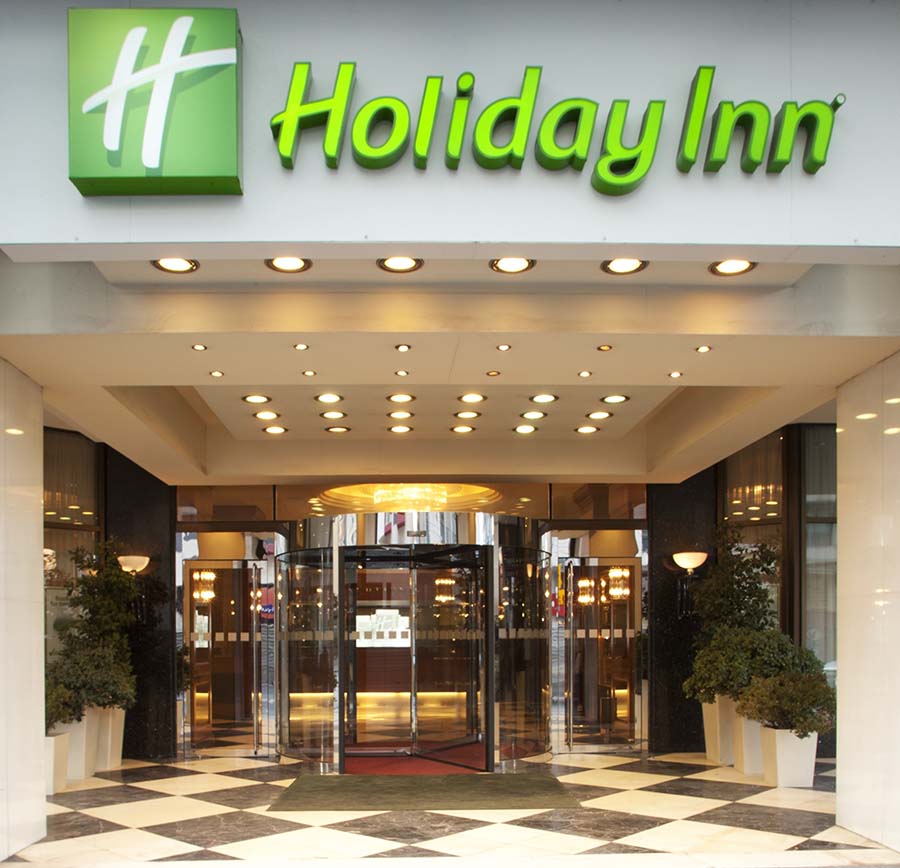 If there ever was a brand name to guarantee comfort, then Holiday Inn is definitely it. The five-star Thessaloniki version combines extensive experience with quality and knowing what’s best for the guest. The Holiday Inn Thessaloniki starts with true Greek hospitality, and adds comfort, elegance, and functionality to make for the best stay in the heart of town. 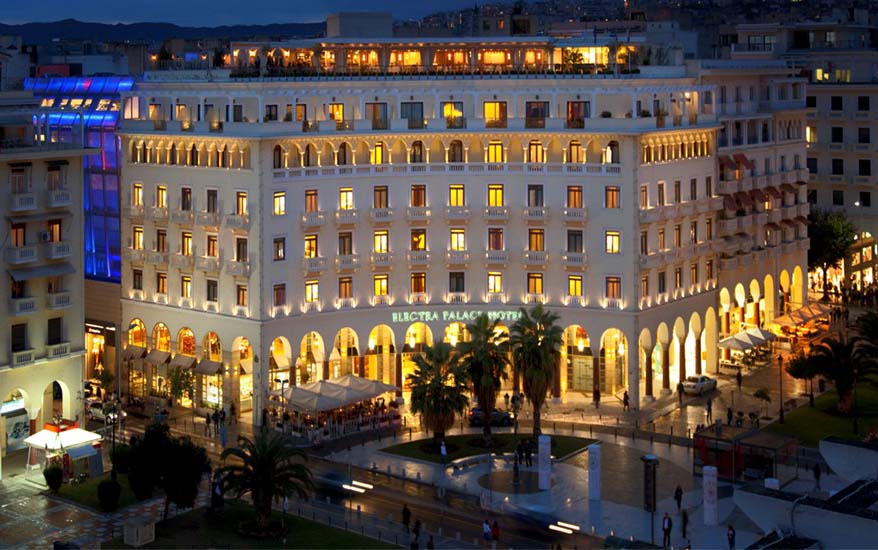 Majestic is what best describes the Electra Palace experience: wood paneling, marble inlay, wooden floors, plush carpets, Chesterfield sofas, generous amenities and breathtaking views. An architectural gem on Thessaloniki’s central Aristotelous Square, the Electra Palace is the place to be if you want to enjoy direct access to Thessaloniki’s offerings or just take in the stunning views. 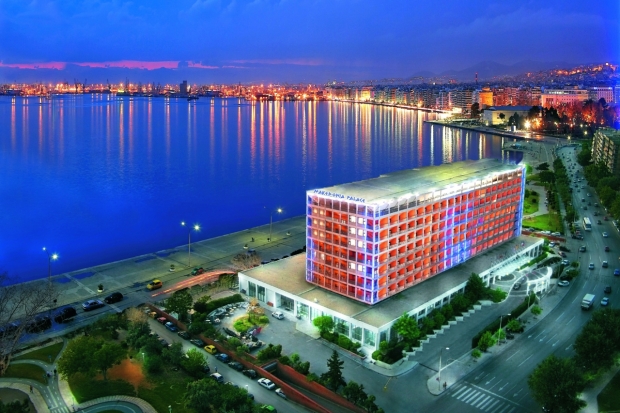 The ambience, the food, the view… that’s how the historic Makedonia Palace welcomes its visitors. Add to that its ideal central location, its spacious rooms and suites, its cool pool, and of course its warm and helpful staff and you have a hotel made in heaven. This historic facility has for decades hosted high profile guests including Russian President Vladimir Putin, karate superstar Chuck Norris, as well as actresses Faye Dunaway and Catherine Deneuve. 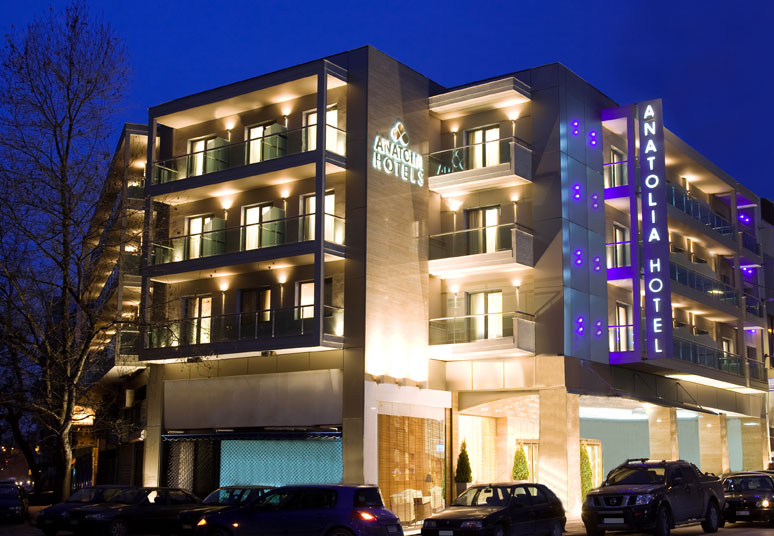 More than just your average luxury hotel, Anatolia adds thematic tourism packages to make your stay exciting as well. With a long tradition in hospitality, the newly renovated Anatolia hotel (its sister hotel is in Komotini) offers wine tours, history excursions, city breaks and wellness weekends and all this in a convenient, elegant and stylish establishment right in the heart of Thessaloniki’s financial, commercial and nightlife district. 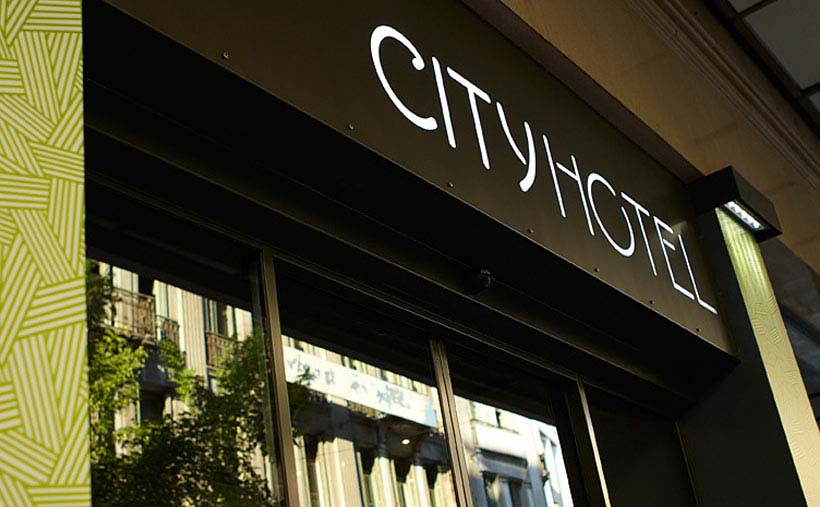 Situated centrally near the vibrant Aristotelous Square, City Hotel is all about respecting the environment while offering tranquility and relaxation to its guests. Awarded for its eco-friendly services, this design hotel brings nature right into the heart of Thessaloniki’s bustling downtown district. A stone’s throw away from the city’s major attractions, the White Tower, Aristotelous Square and Tsimiski St, once inside, this oasis of peacefulness provides everything from fitted rooms to modern conveniences exuding a sense of nature and urban sophistication. 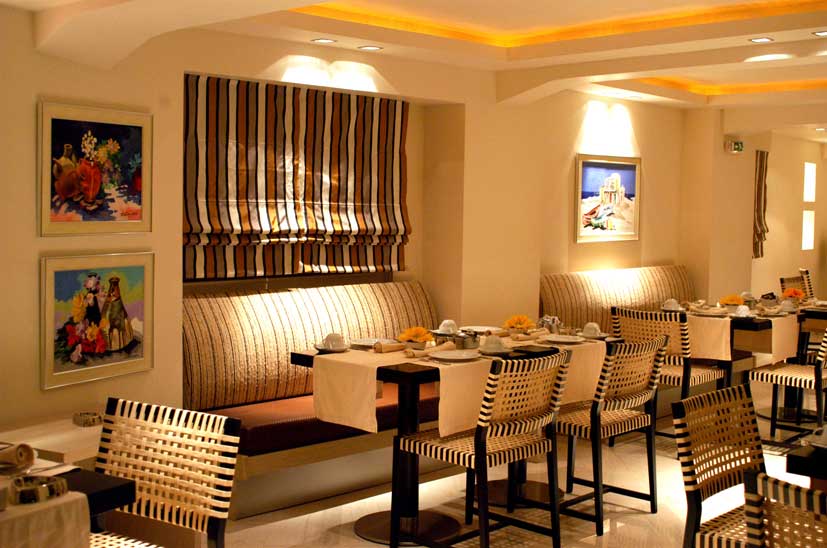 You guessed it; a former tobacco house-turned-hotel, the Tobacco Hotel is the place to be if you’re in Thessaloniki on business or pleasure. Focusing on meeting the needs of the most demanding customer, this four-star venue offers excellent accommodation at a reasonable price. In the eyes of its visitors: “a great value for money”. 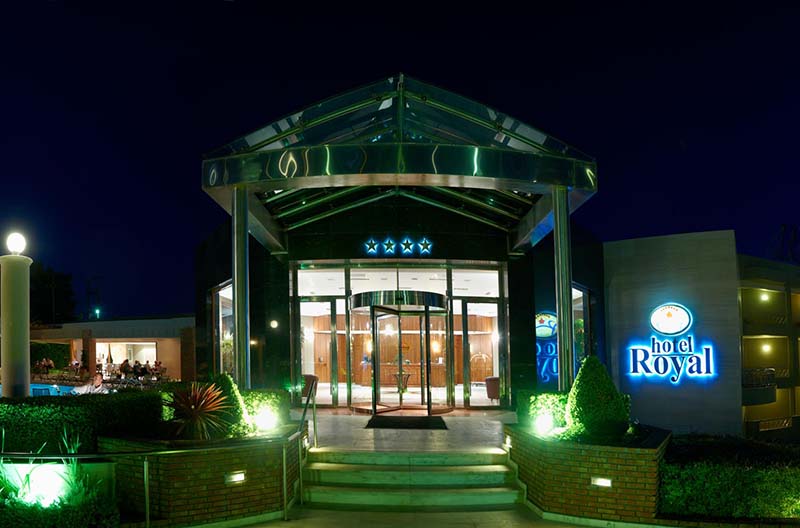 In the suburb of Perea, some 4km west of Thessaloniki International Airport, Royal Hotel offers accommodation away from the busy city center. Quiet and   pleasant, with spacious rooms and a great pool, Royal Hotel is welcoming. Add to that the amazing sunset, and your holidays promise to rejuvenate every single cell in your body.