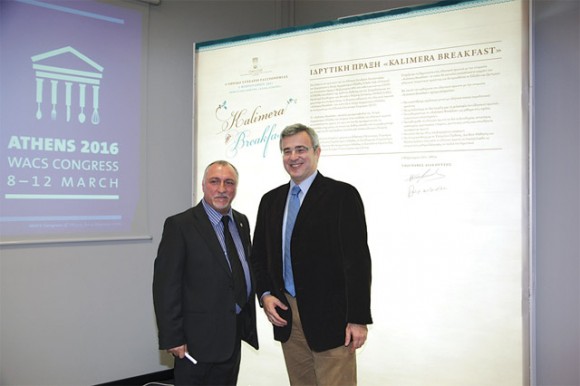 “The millions of tourists that visit Greece for a four-day stay each year will eat breakfast at least 60 million times during their stay and therefore gain knowledge of traditional Greek cuisine,” was just one of the expert opinions heard at the first National Council of Gastronomy organized recently by the Hellenic Chef’s Association.

The council entitled “Kalimera Breakfast” was aimed to upgrade Greek gastronomy and establish it as a tourism destination brand.

During the council, the chef association announced that it was currently preparing a bid for Greece to host the World Association of Chefs Societies Congress in 2016. The bidding process will launch in 2012.

According to a press release, HO.RE.CA. this year saw the participation of 326 exhibitors and a 25 percent increase of professional visitors.