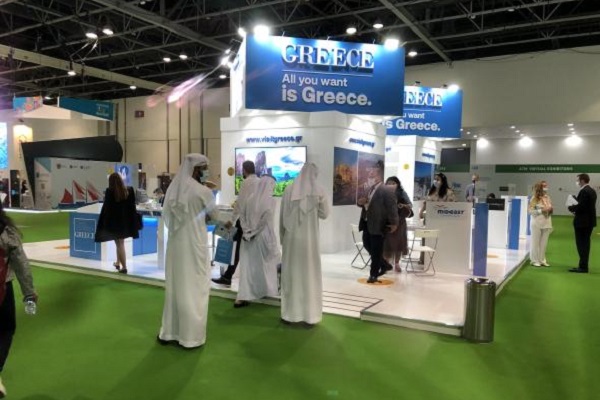 The GNTO kiosk at the Arabian Travel Market

The Greek National Tourism Organization (GNTO) has recorded increasing interest from the United Arab Emirates and other countries of the Middle East for travel to Greek destinations.

The GNTO represented Greece at the 2021 edition of the Arabian Travel Market 2021 that took place live at the Dubai World Trade Centre during May 16-19.

“The interest of UAE travelers has become even stronger after the establishment of a ‘safe travel corridor’ without quarantine restrictions between the two countries,” the organization said after the exhibition wrapped up on Wednesday. 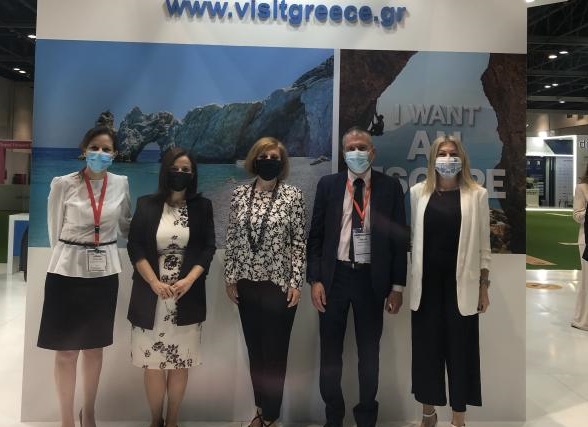 The organization participated in the event and hosted Greek companies active in luxury tourism, Greek carrier AEGEAN and the Hellenic Association of Travel and Tourist Agencies’ (HATTA).

During the days of the Arabian Travel Market, the head of the GNTO General Directorate of Administration and Promotion Sofia Lazaridou conducted scheduled meetings with representatives of airlines, leading tour operators and local tourism bodies.

Her discussions focused on Greece’s reopening to tourists from the UAE, Qatar and Saudi Arabia, as well as on the country’s new tourism campaign “All you Want is Greece”.

A leading tourism event in the Middle East, the Arabian Travel Market every year attracts senior tourism executives from the UAE, India and other regions in Asia. This year, the fair took place in a hybrid form with its virtual events expected to run during May 24-26.

The Arabian Travel Market 2021 is the sister event of WTM London.