The development of Piraeus Port into one of Europe’s leading container terminals through a series of investments made by Piraeus Port Authority manager Cosco topped the agenda of talks during Greek Prime Minister Kyriakos Mitsotakis’ visit to China this week.

At the same time, in a letter this week to the shipping ministry, the Piraeus-based International Maritime Union (IMU) is calling on the government to approve the construction of pier IV, which Greece’s Port Planning and Development Committee has put on the backburner for now.

With the completion of the expansion projects in two years, the port will be required to handle an increasing number of ship approaches as well as more vessels over a 24,000 teus capacity, “which is a major factor assuring a competitive advantage for ports”, IMU said, adding that the committee decision is impeding the prospect of a “real upgrade”. 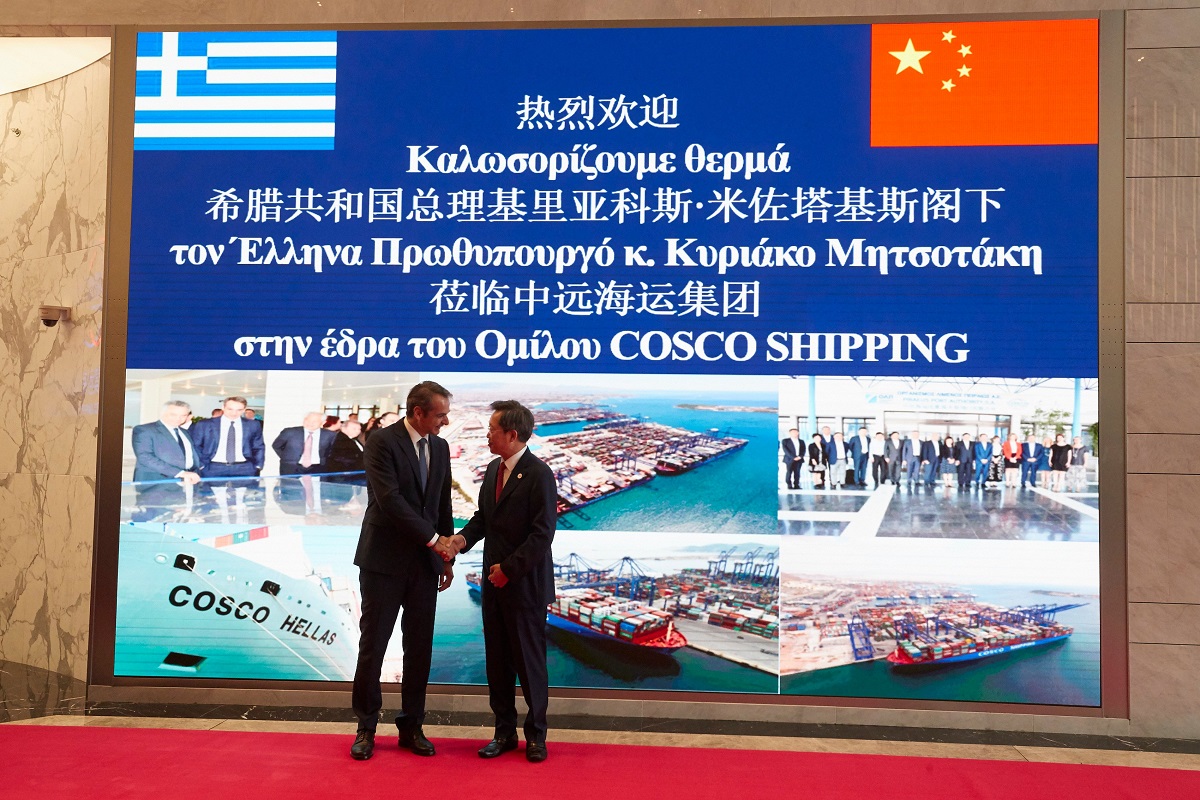 In the meantime, during his meeting at Cosco headquarters in Shanghai, with the company’s president, Xu Lirong, Mitsotakis said that Cosco’s additional plans to expand the port’s container capacity were “open to discussion”.

“We are aiming to make Piraeus the largest port in Europe, and our master plan ensures that we will achieve this. We want to develop Piraeus into an international transit hub based on the model of Singapore,” said Xu Lirong.

The Greek prime minister also welcomed Cosco’s interest in developing shipbuilding activity in Perama, which, he said would contribute greatly to the local community, adding that the proposed new infrastructure, to include hotels, will establish Piraeus into an international cruise travel hub.