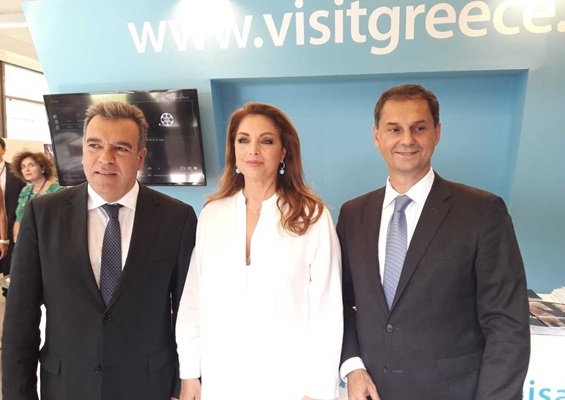 Underlining the significant role the Greek National Tourism Organization (GNTO) has had over the decades in the promotion of Greece as a leading tourism destination, its newly-appointed president Angela Gerekou recently outlined the objectives of the organization’s “new era”.

Speaking on the sidelines of the 84th Thessaloniki International Fair (TIF) last weekend, Gerekou said the GNTO would be supporting tourism startups, innovation and new ideas that were aimed at improving the sustainability of the Greek tourism product.

A former tourism, culture and sports deputy minister, Gerekou met with local government officials, tourism, trade and commerce bodies, hotelier associations, professionals, business owners and industry insiders during TIF with whom she discussed synergies in tourism as well as novel and viable solutions for the sector. 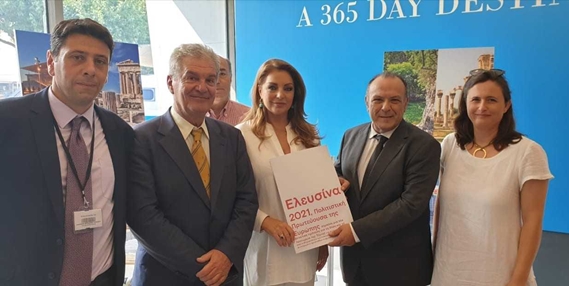 Angela Gerekou also held a meeting with Elefsina Mayor Argiris Economou and representatives of the municipality.

“We are open and seeking a committed dialogue with tourism professionals and operators for a more effective promotion of Greece. The country needs sustainable tourism development in the interests of the economy and society, and this is our only priority for economic and environmental prosperity,” she told the Athens News Agency.

Gerekou also had the chance to welcome Tourism Minister Harry Theoharis and his deputy Manos Konsolas to the GNTO stand at TIF, where they discussed tourism policy plans.