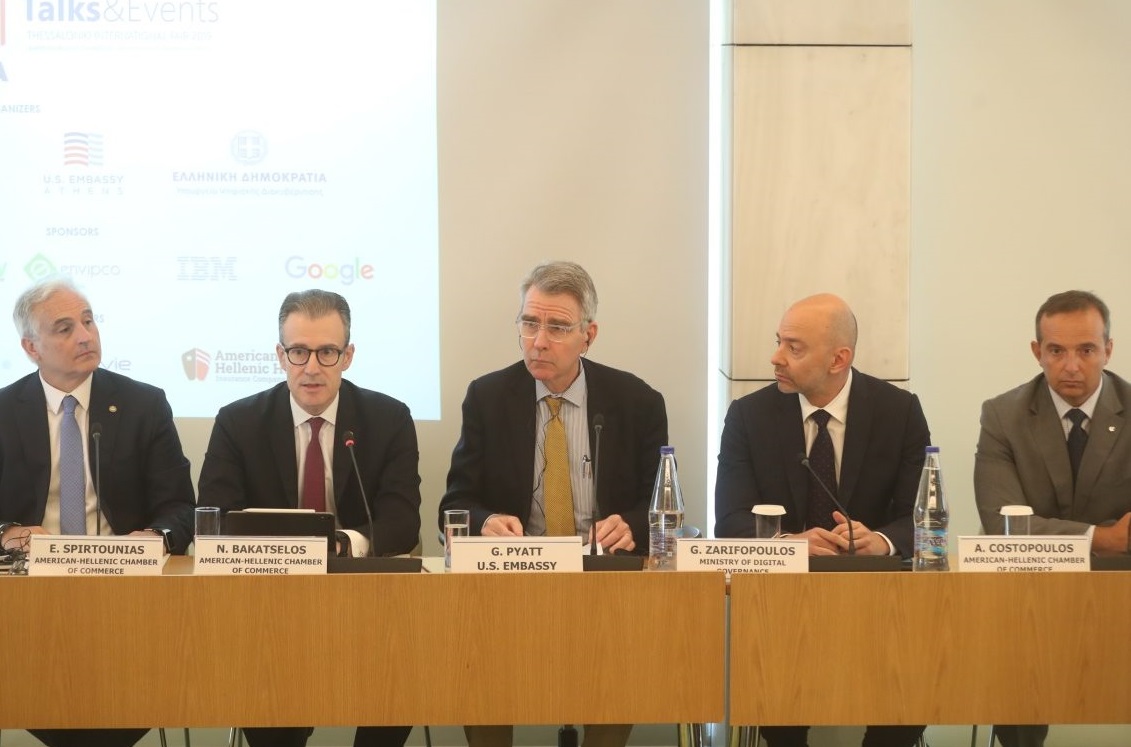 Moving beyond portfolios and bringing in the real money is the next step for Greece to enter a new era of growth, and the US is supporting this effort once again with its strong participation in this year’s Thessaloniki International Fair (TIF), set to kick off in the northern port city this weekend.

The US is aiming to play a decisive role in creating a dynamic economic environment that will foster entrepreneurship through the exchange of ideas, expertise and experience, said US Ambassador to Greece, Geoffrey Pyatt, on Tuesday, speaking at a press conference ahead of the 84th Thessaloniki International Fair held at New Hotel in central Athens.

Organized by TIF-Helexpo, this year’s fair will open on Saturday, with Prime Minister Kyriakos Mitsotakis’ key note address and will run through to September 15, featuring India as the honoured country.

“Through our renewed engagement and participation in TIF this year, the US is demonstrating its commitment to Greece moving forward,” said Pyatt, adding that he was more optimistic than ever, particularly now that the new Greek government is focused on doing away with red tape and creating an investor-friendly environment.

Innovation, healthcare, technology, agrifood and energy will be the key areas of focus at this year’s TIF, which will include segments and parallel events on boosting entrepreneurship in these areas. 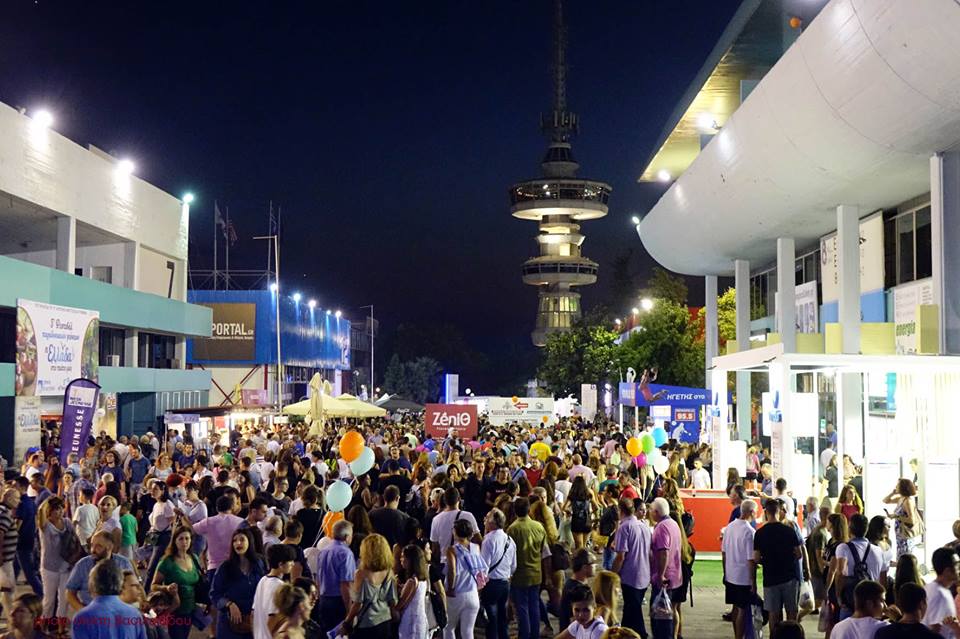 Pyatt also reiterated his government’s support of Greek startups, which he said have shown great promise, while underlining the “critical importance” of Thessaloniki and Northern Greece as an international gateway to the Balkans with particular emphasis on the area of energy.

In this direction, Thessaloniki’s MET Hotel will be hosting the Southeast Europe Energy Forum on September 6, to be jointly organized by the American-Hellenic Chamber of Commerce (AmCham) and the Hellenic Association for Energy Economics. 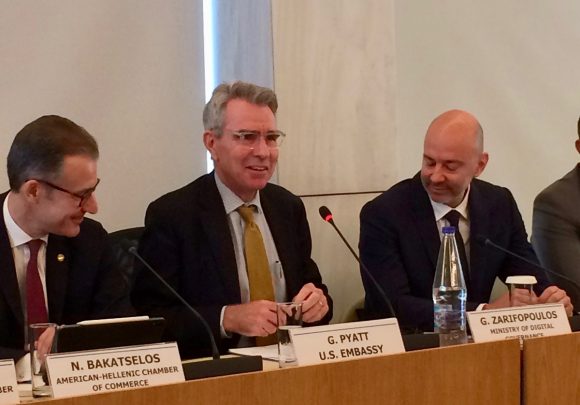 “Development can only be achieved through the country’s digital transformation,” said Zafiropoulos, referring to a number of successful Greek tech ventures that emerged out of the crisis.

“These enterprises showcase Greece’s competitive advantage: its human resources,” said Zafiropoulos, adding that starting from the Thessaloniki International Fair the government is aiming to create an inspiring business environment through simplified procedures, create networking opportunities and foster ground for growth.

TIF can serve as a “technological beacon” of sorts, said Zafiropoulos adding that “we too can learn from companies and startups, and use their solutions in government administration while at the same time introduce incentives so that new investors chose Greece”.

“I am hopeful that under this government we will see a few ‘quick wins’,” he said, referring to the highly anticipated multi-billion-euro Hellinikon project and the participation of US companies in the October 4 competition for a 30-year license to run Europe’s first integrated resort and casino.

It should be noted that last year, the United States was the honored country with the participation of 52 major enterprises. 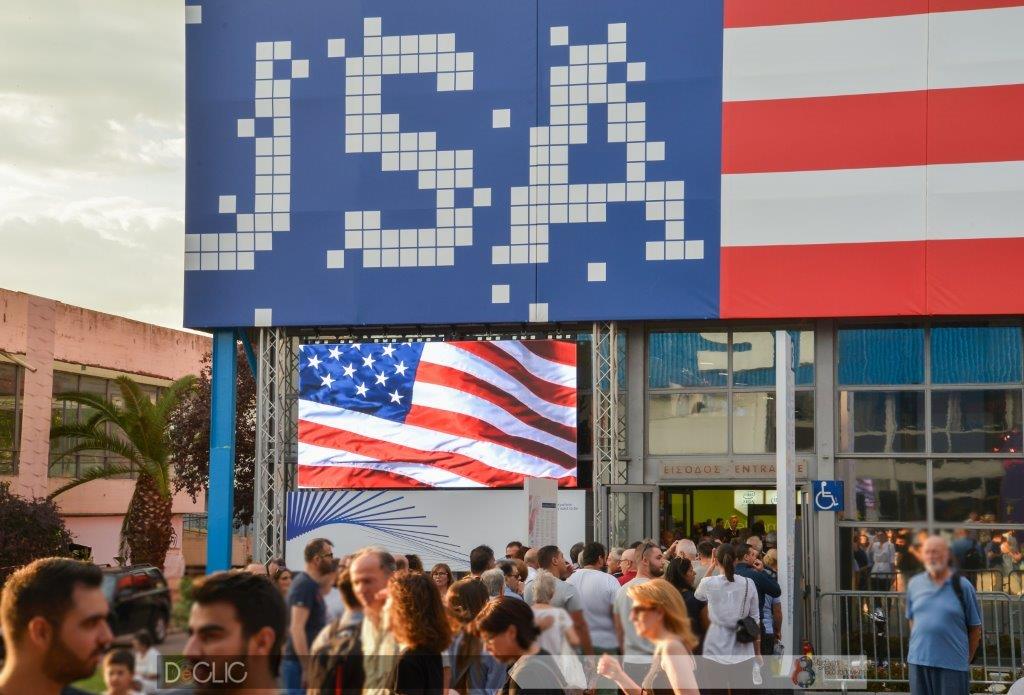 The US participation at the 83rd TIF

This year, 55 top-tier companies representing the best of US technology and innovation, including IBM, Google, Pfizer, Microsoft, Coca Cola, will be participating in the US pavilion as partners or exhibitors, organized by AmCham.

Again, this year, there will be a series of parallel events including B2B meetings, concerts with popular Greek performers, recreational activities, and workshops. 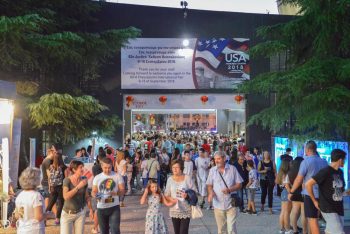 For 93 years, the Thessaloniki International Fair has been a major political milestone. Traditionally, Greece’s prime minister and his cabinet of ministers present the government’s policies for the year ahead.

“The goal this year is for TIF to become an international event promoting innovation, education, and knowledge and a base for dialogue,” said AmCham’s new president Nikos Bakatselos, announcing in this direction TIF’s new “Talks and Events” initiative which will include sessions on the Neorion Syros shipyard, SmokeFreeGreece, Digital Transformation and Government, Innovation and Entrepreneurship in Life Sciences, and Digital Skills & Tools for the Growth of the Tourism Industry & Exports, among others. More info here.