‘Tweed Run’ Back on Spetses for 6th Year 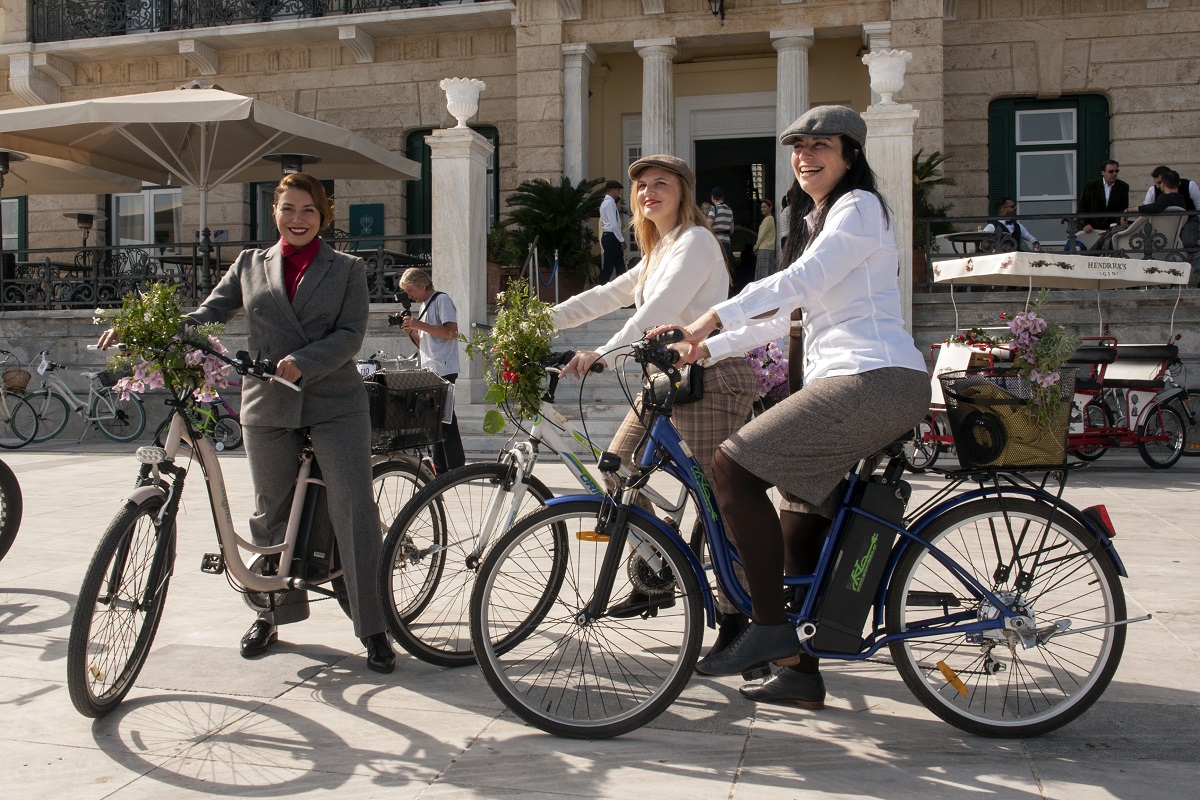 The island of Spetses will once again host dozens of cyclists, dressed in stylish vintage clothing, for the Tweed Run event, scheduled to take place during October 11-13. Spetses is locates in the Saronic Gulf.

As in previous years, the island’s landmark Poseidonion Grand Hotel will be the starting point of this unique bike ride, which will take place for the sixth consecutive year.

“Poseidonion welcomes bicycle lovers for a unique ride to the ‘island of the aromas’ with elegance, British aura and a vintage style,” the hotel’s management said in an announcement.

“Spetses’ noble character matches the British style and elegance of old times, with the cyclists standing out for their vintage appearance and tweed clothes… Shiny bicycles, beautiful stylish people, a joyful mood and a retro atmosphere bring the renowned English elegance to Spetses.” 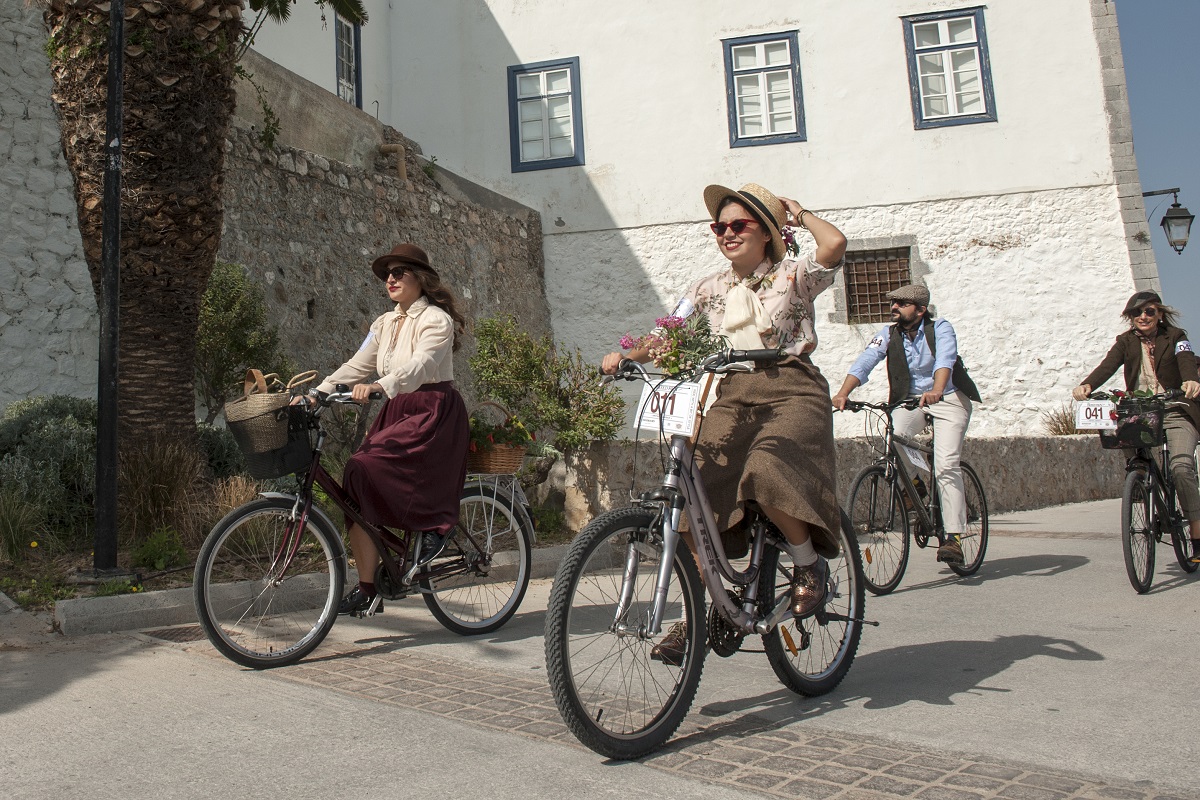 Starting from the square in front of Poseidonion, the Tweed Run participants will cycle around Spetses’ landmark sites, overlooking the Saronic Gulf.

The Tweed Run will conclude with a party, which will be held at Poseidonion’s lobby. The Lidny Hop Greece dancing community will “travel” guests back in time with a swing mood, music and dancing. 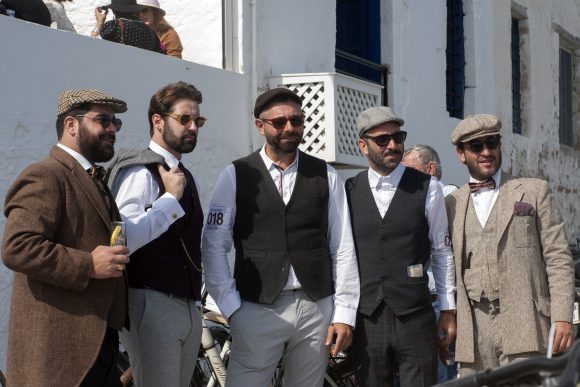 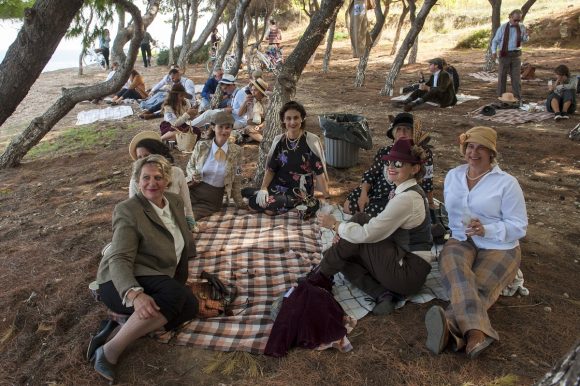 Held for the first time in London in 2009, the Tweed Run arrived in Greece in November 2014, on the occasion of Poseidonion Grand Hotel’s 100th anniversary. Since then, it has been taking place annually on Spetses with the participation of dozens of cyclists who visit the island to enjoy the vintage bike ride.

Registration for the 6th Tweed Run is open. The event will be held with the support of the Hellenic Bicycle Museum. 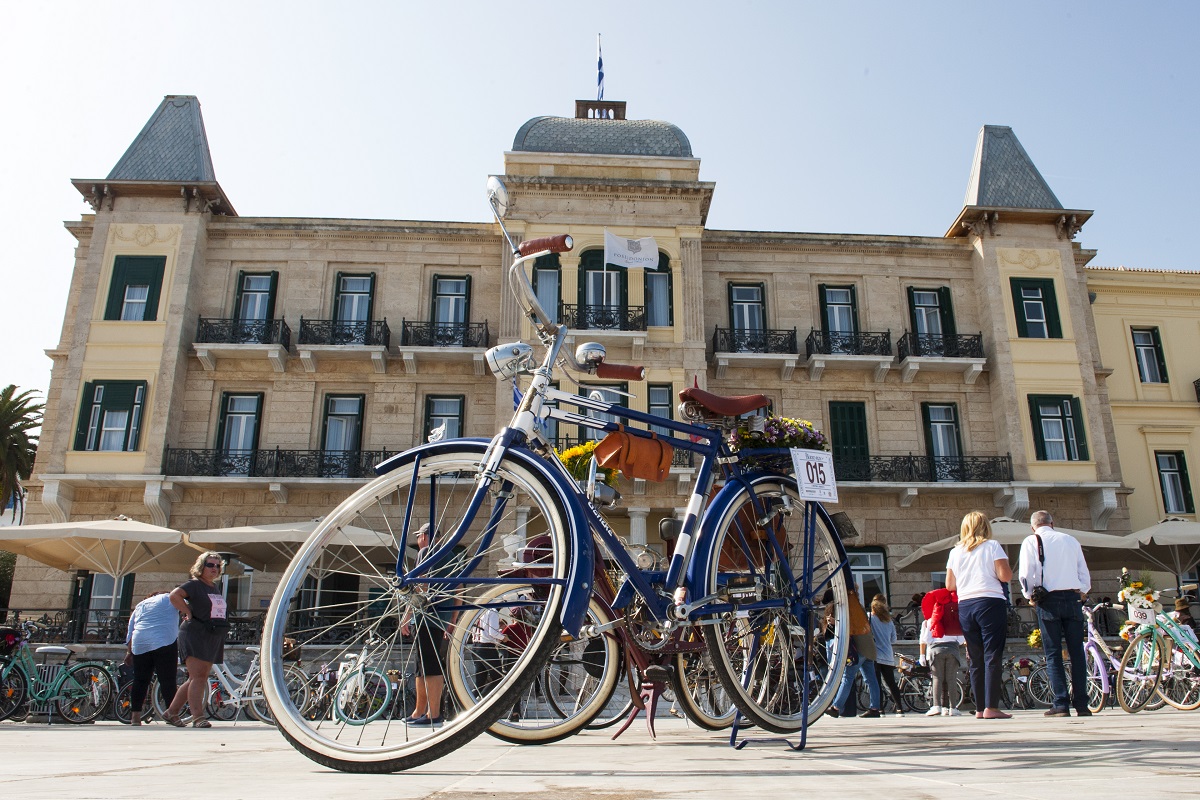 The Poseidonion Grand Hotel, first welcomed its guests on Spetses in the summer of 1914, and today continues to be a symbol of hospitality, remaining faithful to its cosmopolitan past and unique architecture.