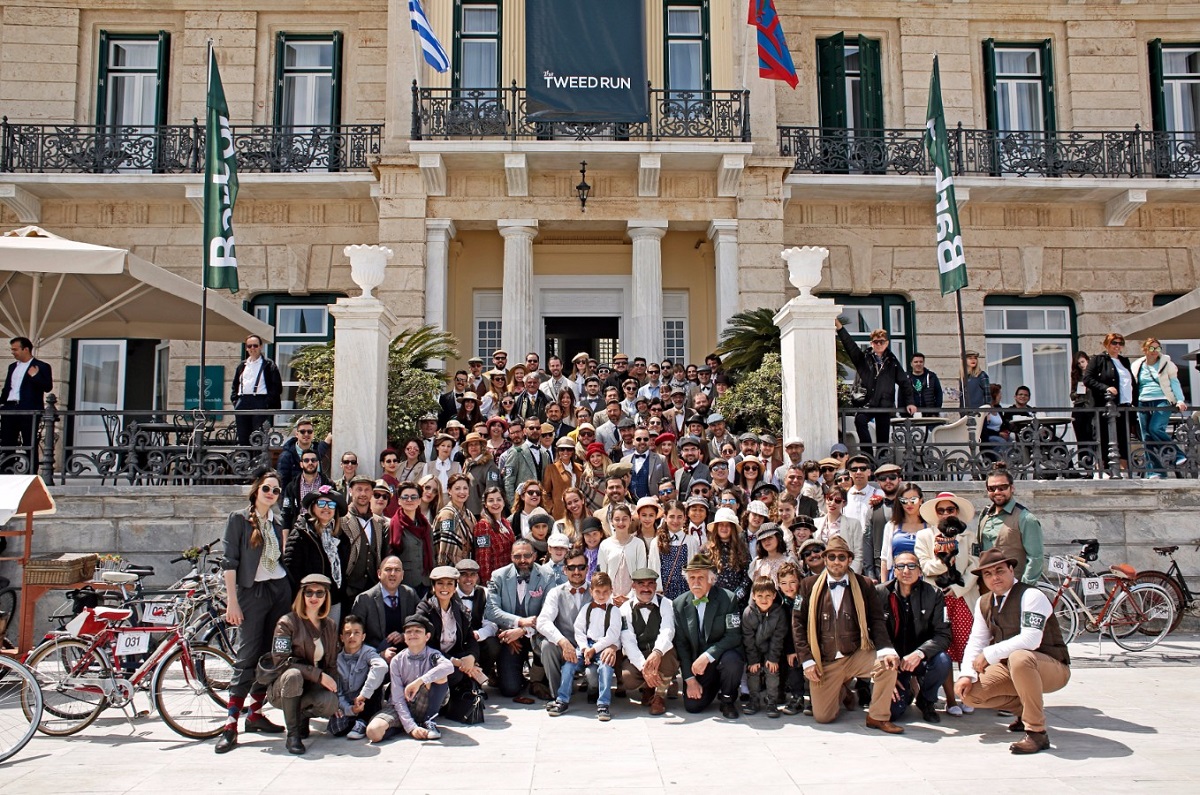 Cyclists of all ages, in elegant vintage attire, gathered on the island of Spetses on April 21-23 to participate in the Tweed Run, a bicycle spring ride organized for the fourth consecutive year by the Poseidonion Grand Hotel in cooperation with the Hellenic Bike Museum.

Participants, on early Saturday morning filled the hotel and the Poseidonion Square, with the men enjoying moustache grooming and shoe-shining, while the hotel’s hairdressing salon took care of the women’s hair styling. The customary family photograph was taken on the steps of the Poseidonion Grand Hotel and the ride began.

The first stop took place in the courtyard of the Anargyrios and Korgialenios School of Spetses, where attendees enjoyed tea and donuts under the shade of the towering pines and the majestic school buildings. The ride continued towards the Old Port and the lighthouse where a picnic took place, inspired by the traditional British custom. The bike ride concluded at the Bouboulina Museum, where the vintage bicycles were awarded prizes in the categories “Classic Bike”, “Town Bike”, “Race Bike” and “The Best Decorated Bike”.

A vintage beauty pageant also took place in the lobby of the Poseidonion Grand Hotel, with male, female and children’s outfits making an impression on the judging panel.

On Sunday the tweeders enjoyed brunch on the verandah of the Poseidonion Grand hotel while some tried their skills at the bike trials at Poseidonion Square. 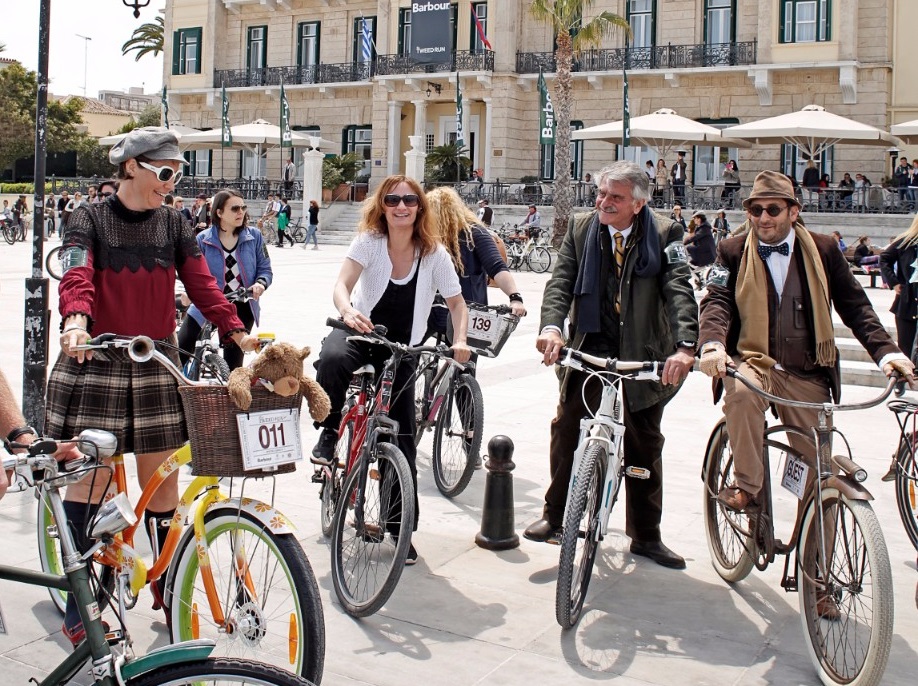 Referring to the 4th Tweed Run, Managing Director of the Poseidonion Grand Hotel Andonis Vordonis said locals and visitors had embraced it, giving (the hotel) the incentive to organize more events that promote Spetses as a destination. “Events such as the Tweed Run are perfectly consistent with the character of the Poseidonion as well as the location with its scenery and architecture, but above all else with the values, such as politeness and nobility of its people,” he added.

Barbour was the Grand Sponsor of the 4th Tweed Run, which took place under the auspices of the Municipality of Spetses and the Spetses Trade Association. Greek Travel Pages (GTP) was among the media sponsors of the event.

Mediterranean Yacht Show 2017 Gets Ready to Open in Nafplion