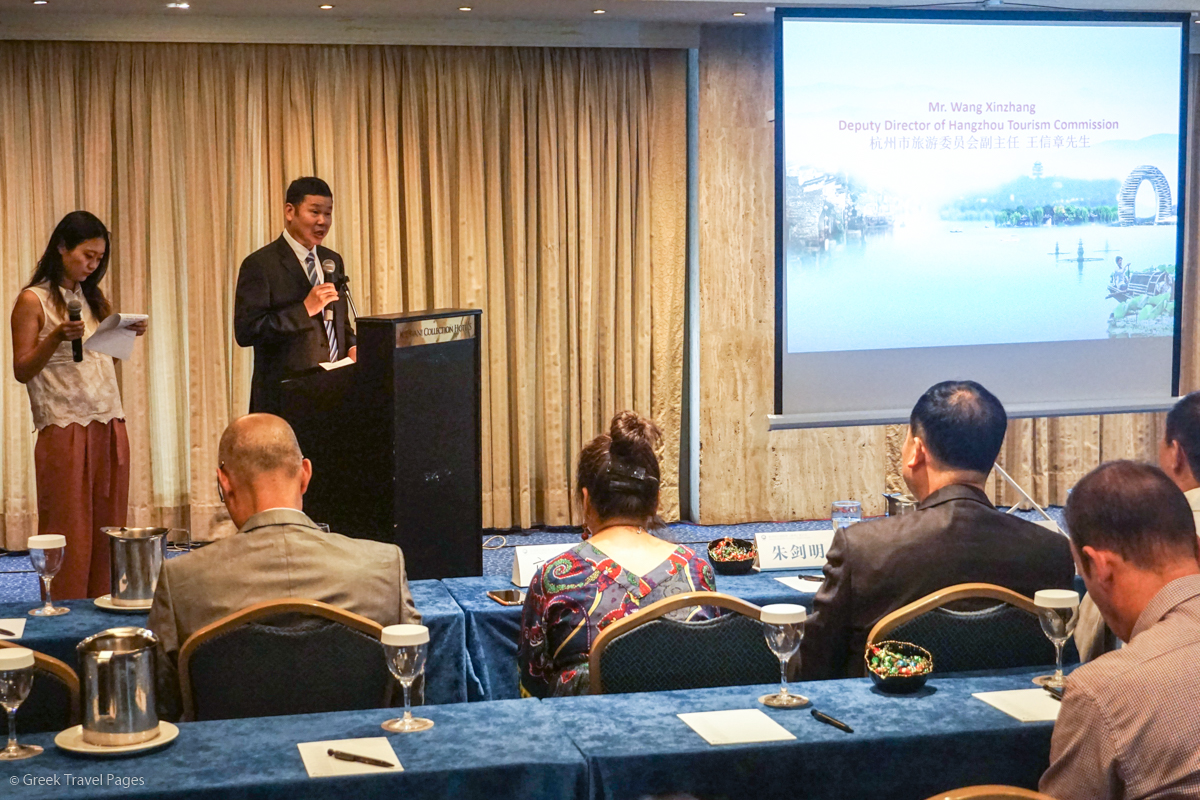 A number of Greek travel agents were recently introduced to one of China’s most popular holiday spots: Hangzhou, the capital and most populous city of Zhejiang Province, East China. 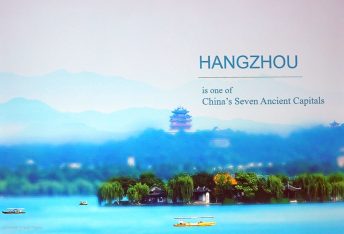 During an event held at the Divani Palace Acropolis Hotel in Athens by the Hangzhou Tourism Commission and Argo Travel Group, the travel agents learned all they need to know to market the Chinese city to Greek travelers and boost ties between Greece and China.

“We believe that this event will promote cooperation and exchanges between the city of Hangzhou and Greece in the field of tourism, culture, economy and play a positive role in enhancing the friendship between the two countries,” the deputy director of the Hangzhou Tourism Commission, Wang Xinzhang, said during the event. 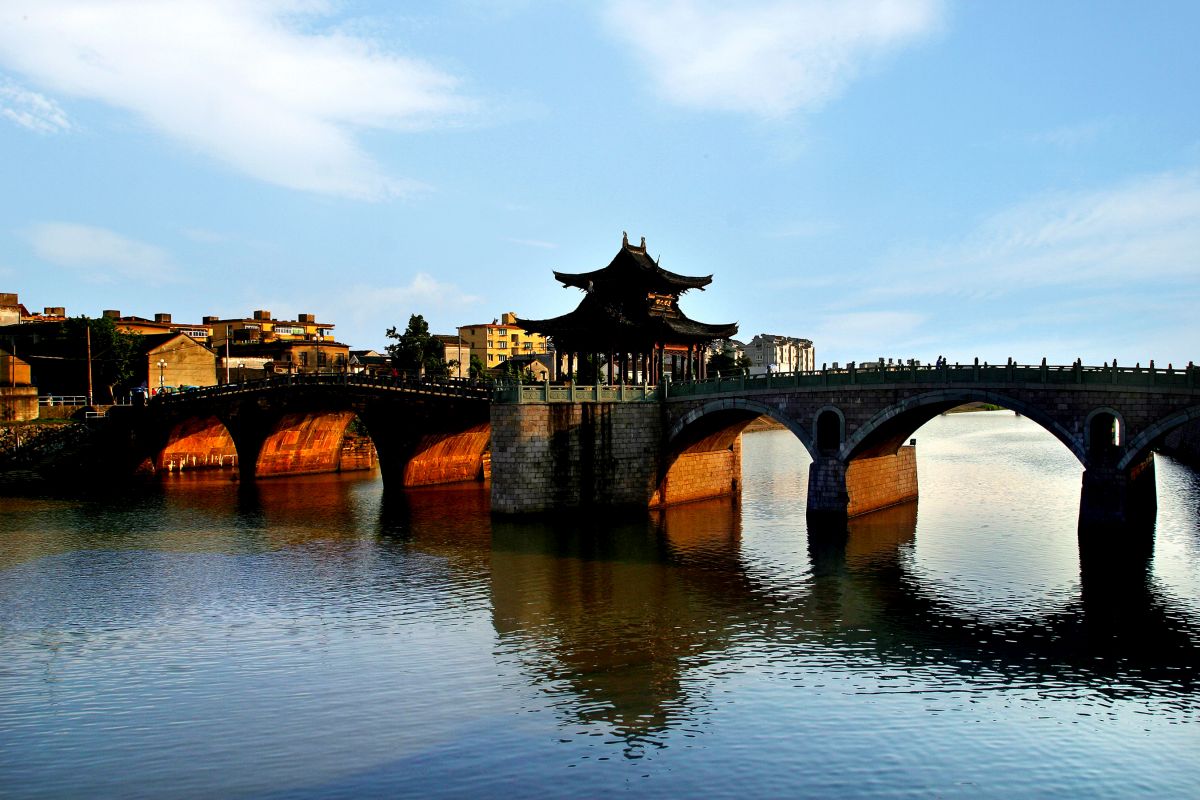 Landing on the New York Times Places To Go in 2016 list, Hangzhou has a number of attractions, with its best-known being the city’s West Lake, a UNESCO World Heritage Site, west of the city. 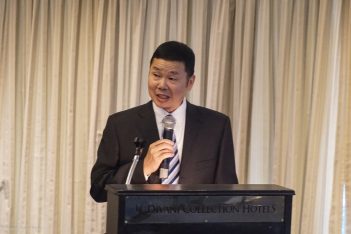 In 2017 the World Tourism Organization (UNWTO) named Hangzhou as one of the World’s Top 15 Model Cities for Best Practices in Tourism. The city was included in the list for its innovative efforts in the protection and development of as well as continuous investment in the city’s historical and cultural resources.

A renowned a technology hub, Hangzhou is home to the e-commerce giant Alibaba and also hosted the eleventh G-20 summit in 2016.

Moreover, the 2022 Asian Games will take place in Hangzhou, making it the third Chinese city to host the Games after Beijing in 1990 and Guangzhou in 2010.

“We know that Greece is the birthplace of philosophy, the Olympic Games, Western literature, history, science, mathematical principles and Western theater. Undoubtedly, Greece greatly influences the spreading and progress of world culture as well as modern times,” Xinzhang said, adding that Greece is also a famous tourist destination. 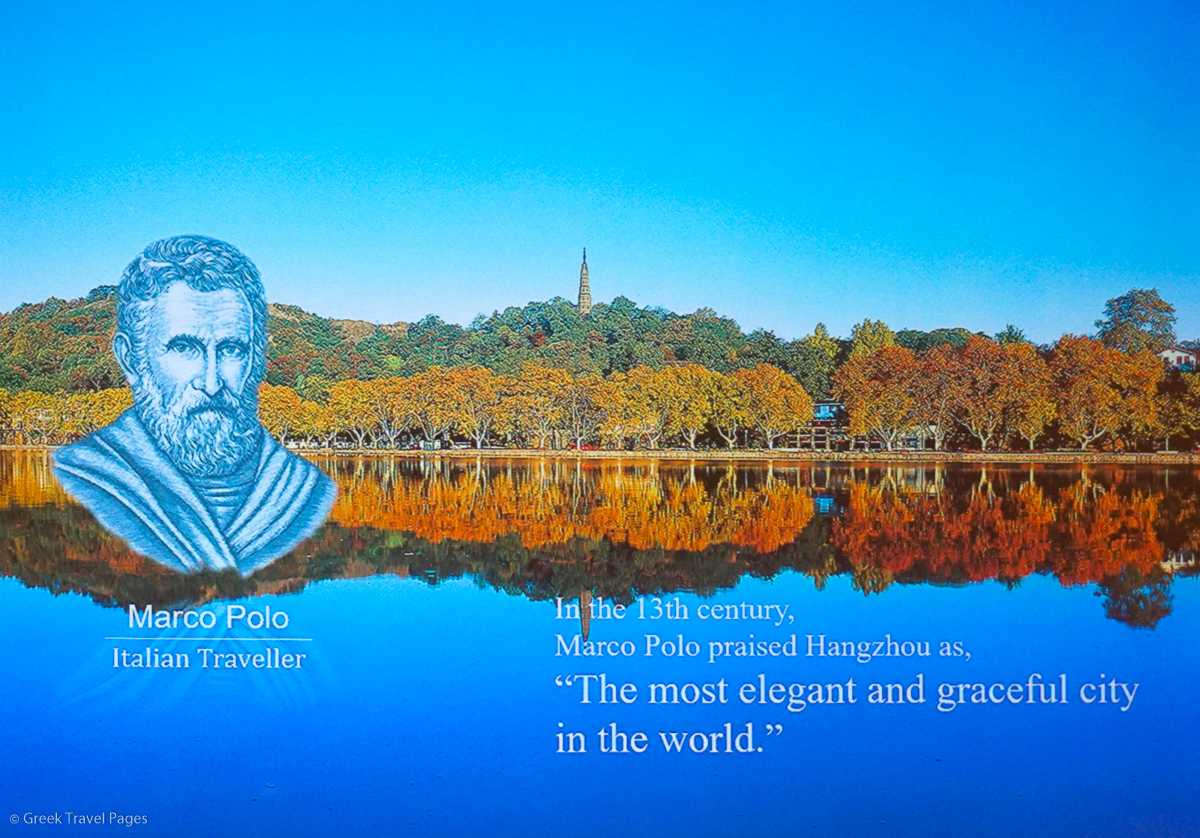 “I would like to thank you for choosing Athens and Greece as a marketing destination because indeed Greeks and Chinese share many common attributes. We share a great history, we are passionate about our past, we have culture that many countries envy and there is an amazing respect between our two countries,” said Diamantis Pithis, the director of Argo Travel Group.

Operating for over 65 years in Greece, Argo has privately owned offices in the center of Athens with branches in Thessaloniki, Santorini, Geneva in Switzerland, London in the United Kingdom and Shanghai in China. 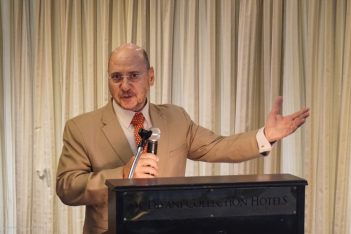 “I am sure that Argo and many other agents in Greece will endure and they will find a way of promoting Hangzhou and other Chinese destinations to broaden up their travel experiences,” Pithis added.

Hangzhou has opened to nearly 40 international routes and 85 domestic routes. The Hangzhou Xiaoshan International Airport serves direct flights to major cities in Asia as well as Sydney, Los Angeles and Amsterdam. Hangzhou is one hour away from Shanghai by high speed train.

Greece is currently connected with China through direct flights to Beijing from Athens. The Greek Tourism Ministry has expressed its aim to launch a direct connection to Shanghai from Athens as well.

The Athens event was part of the currently running 2018 Hangzhou Tourism RoadShow. A similar event will be held for travel agents in Thessaloniki on Friday, August 24, at 9am at the Lazart Hotel.

Apollo Travel: New Flight from Oslo to Samos for Summer 2019