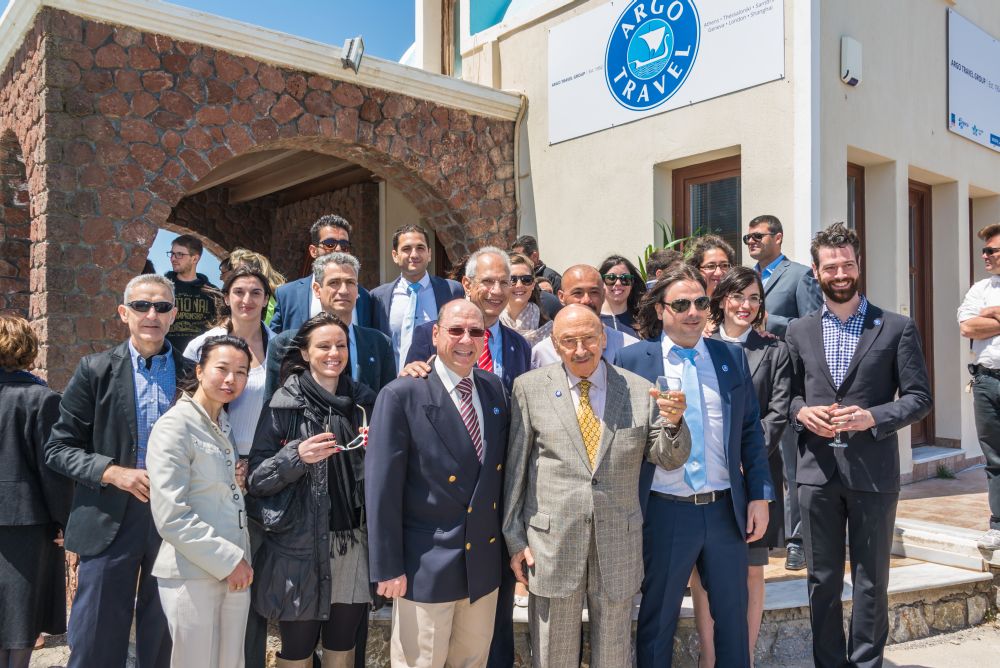 Argo Travel’s new office on Santorini – Dimitris Pithis, the president and CEO of Argo Travel (center) with the “Argonauts” from the compnay’s offices in Athens and Santorini. To his right are the company’s directors Diamantis Pithis and George Fytilis and to his left is the group director of sales and marketing, Stratis Voursoukis. 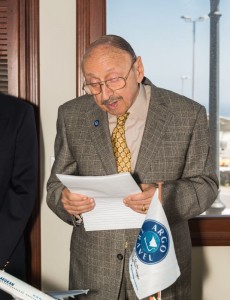 Argo Travel Group President and CEO Dimitris Pithis read a speech to guests during the inauguration ceremony of the company’s new branch on Santorini.

Argo Travel Group, in addition to Athens, Thessaloniki, London, Geneva and Shanghai, has now opened a branch office on Santorini, one of the most popular islands in Greece and travel mecca for those seeking luxury experiences.

The new office will operate all year round as a local DMC (destination management company), serving all the travel needs of Argo’s network and customers from around the world.

Argo will aim to present travelers with the Santorini of their dreams and focus on the promotion of wine and gastronomy tourism and wedding/honeymoon travel packages.

Speaking during the inauguration ceremony on Sunday, the president and CEO of Argo Travel Group, Dimitris Pithis, said the new office will specialize in offering high-end wedding and honeymoon travel packages to international clients that desire to get married on the island. 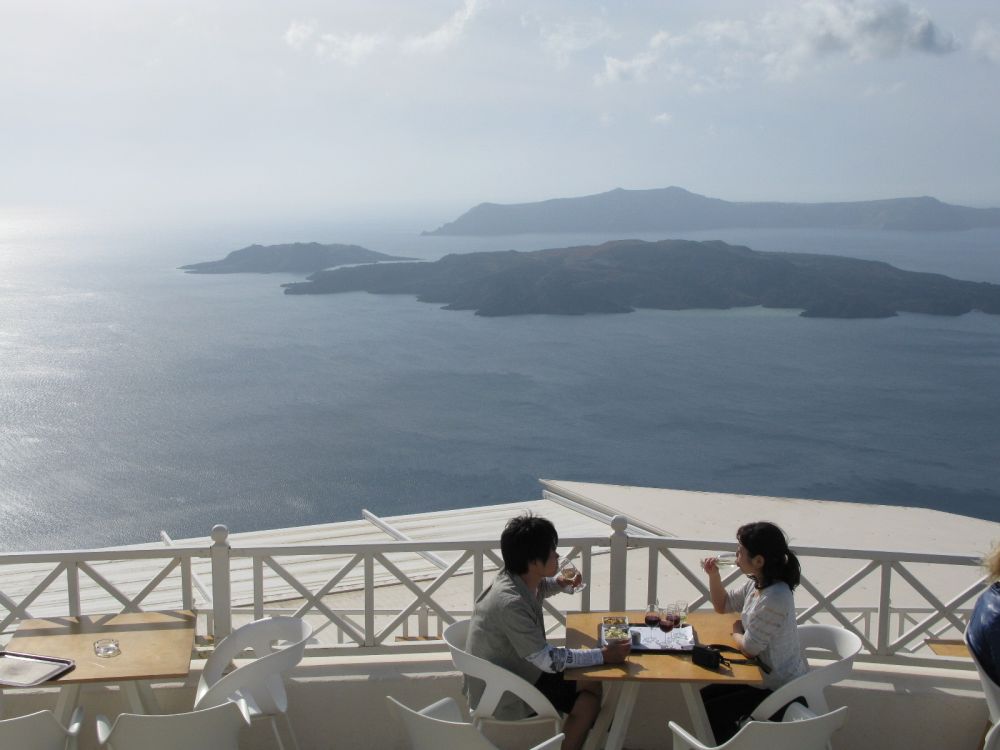 An Asian couple, holidaying on Santorini, enjoys the view while sampling the island’s variety of wine. 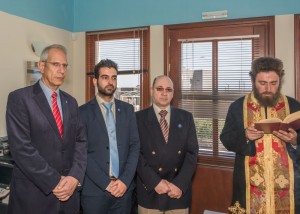 “Nationwide and internationally, Santorini stands as a precious jewel and has won over young and cultured tourists thanks to its natural beauty”, Mr. Pithis said.

Wedding/honeymoon travel packages are very popular especially in the Asian market, which represents close to 80 percent of Argo Travel’s client list for Santorini.

“These people come to get married and start their new life on the magical Santorini Island“, he added. (Note: Mr. Pithis’ whole speech in Greek, written on the occasion of Argo’s new office on Santorini can be found at the end of the article.)

Santorini also stands out as one of the top five destinations for Vietnamese long-haul travellers, according to Argo Travel.

“For the last two years we have opened up to the market of Vietnam and are essentially the first who brought Vietnamese travellers to Greece… This market is going very well”, Argo’s destination manager for Santorini, Christos Apostolou, told Greek journalists during the inauguration ceremony.

According to Mr. Apostolou, the Vietnamese are close to the European philosophy and are one of the “rising forces” of the Asian market.

The DMC also works the markets of Hong Kong, Singapore, Thai and Malaysia.

In addition, the company is currently discussing new partnerships in the Scandinavian market.

Argo Travel on Santorini is situated on the Fira – Pyrgos central road, a “strategic” location, just minutes from the center of the main city of the island, the port and the airport.

Established in Athens in 1952, Argo Travel Group stands as a major and reliable partner for the modern traveller.

GTP is honored to publish the following handwritten speech of Dimitris Pithis, the founder of the historic Argo Travel Group.

East Med Yacht Show 2015 Gears Up for Opening on Poros