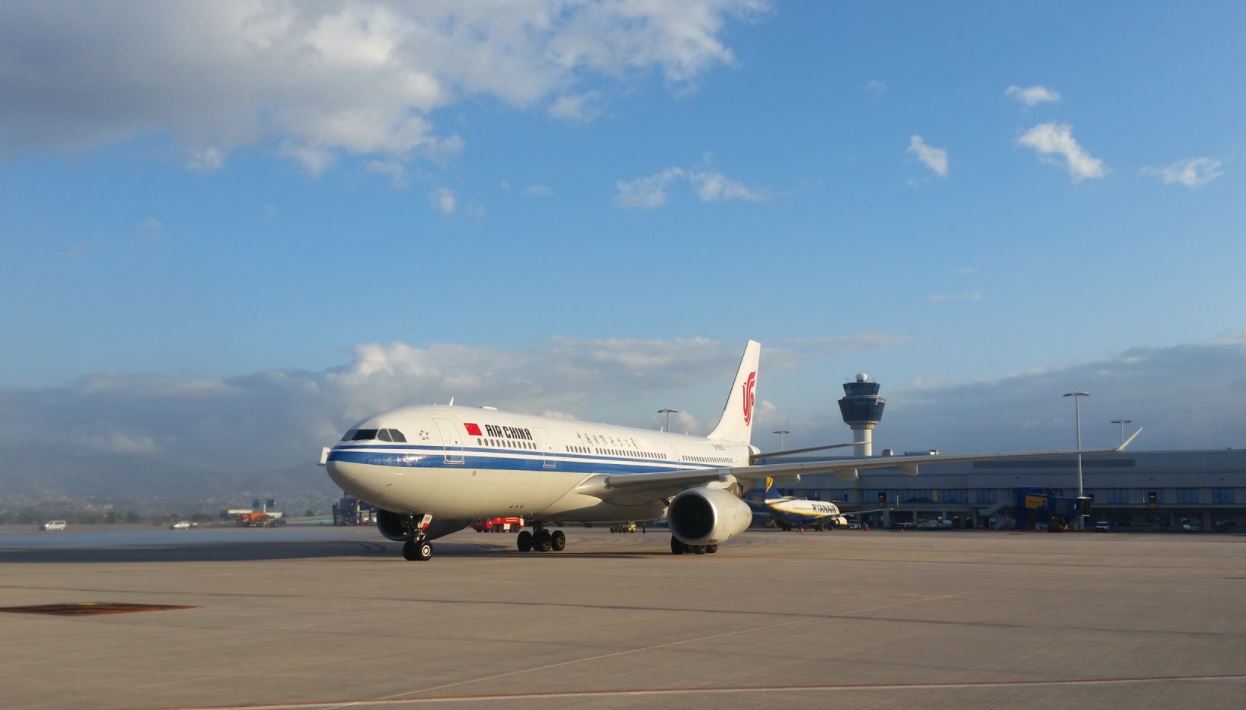 The airline’s new Athens-Beijing non-stop flight will connect the two capital cities twice a week, every Wednesday and Saturday. The route will be served by Air China’s Airbus 330-200 aircraft, and the trip will last 10,5 hours.

“The direct connection of the two countries does not only signify a new period in our air relations that will have obvious positive effects on the direct communication of Greek and Chinese citizens, tourism, trade and many sectors of the economy, but also signals the close and direct connection of our peoples, our values and our cultures, Transport Minister Christos Spirtzis said during a special ceremony at AIA.

According to Spirtzis, the launch of scheduled direct flights between the Chinese and Greek capitals is expected to significantly boost arrivals of tourists from China to Greece. Moreover, the new route will make Greece a local transport hub, serving business trips, tourists and students from the two countries.

“The Beijing-Athens route has a special dynamic, passenger traffic is showing growth signs of 48 percent in 2017 compared to 2016, which also shows the necessity of the direct flights for the market,” the transport minister added.

According to reports, it is likely that Air China will add a third weekly route to Beijing’s connection with Athens.

The Chinese company, which opened offices in Athens in 2005, has been flying between Beijing and Athens since 2011 with a stopover in Munich.

Air China was founded in 1988 and has a fleet of more than 600 aircraft. In recent years it has continuously expanded its presence in Europe and is now considered the largest airline between China and Europe with some 200 flights a week on 20 routes to European cities.

2017 marks the 45th anniversary of diplomatic relations between China and Greece.