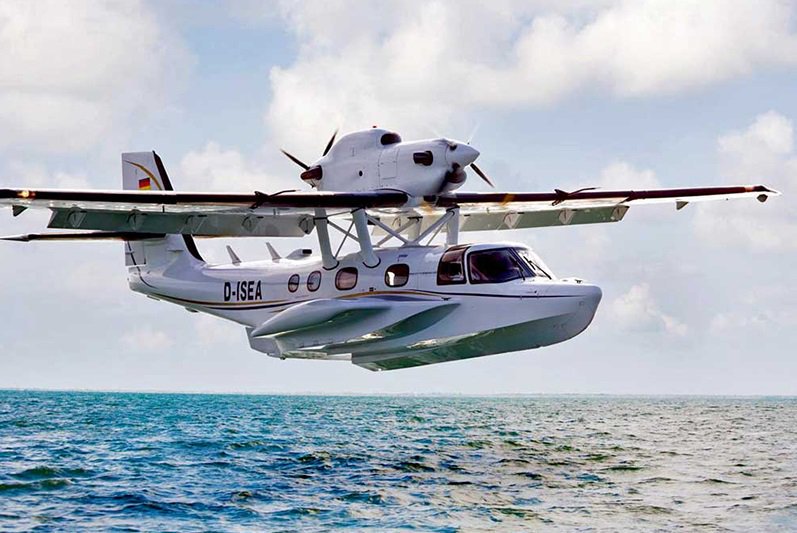 Greek company Hellenic Seaplanes and the Central Port Authority of Elefsina are examining the creation of an Attica waterway network based in the port town west of Athens, according to local media reports.

Elefsina is being considered due to its proximity to Athens and easy access to Athens’ suburban railway (proastiakos) and Attiki Odos highway.

“The metropolitan waterway will be a state-of-the-art high-quality marine airport that will use infrastructure at the port of Elefsina, handle Greek and foreign visitors, and financially boost the city and the surrounding area,” said Charalambos Gargaretas, CEO Elefsina port authority, Naftemporiki reports.

The Elefsina hub will be equipped with the latest in technology, comfortable reception areas, offices and a medical ambulance unit for the immediate transfer of patients to Attica hospitals. Shops, restaurants, cafes and multi-cultural venues will also be operating on the premises.

“This is a project of national importance. We expect to have a viable network of waterways in place soon that will give a new impetus to the interconnection of all of Greece,” said Hellenic Seaplanes chairman, CEO and founder Nicolas Charalambous, adding that the company, “together with our investors, is aiming to launch the first amphibious aircraft next summer, provided the relevant bill is passed quickly despite a two-year delay”.

Hellenic Seaplanes, the main waterways investor, announced last year that it had secured 250 million euros in financial backing from Petrichor Capital Partners for the development of a waterway network in Greece and the purchase of its seaplane fleet.

Hydroplanes are an “ideal means of transport” for a country with so many islands, said Charalambous, adding that they are “safe and flexible, and can operate several types of flights, including regular passenger flights, charter, sight-seeing, cargo, hospital, research and rescue flights”.

Local media, citing sources close to the transport ministry, said the relevant draft bill – in the pipeline since 2016 – is set to be tabled in parliament in the coming days.

Bringing Traditional Music Back to the Streets of Greece