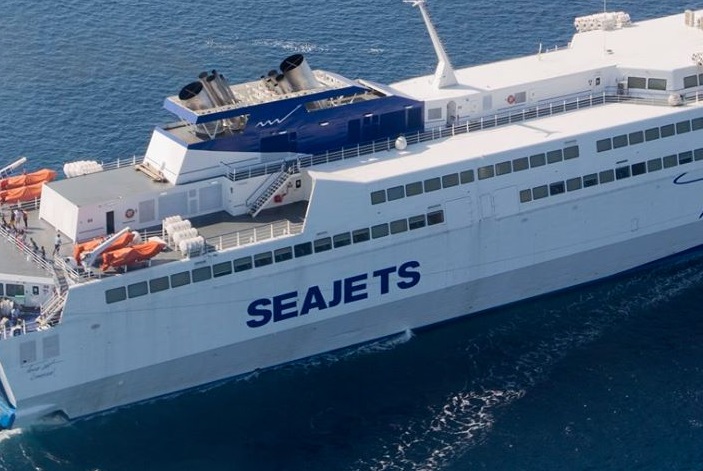 Thessaloniki authorities expressed their satisfaction over Seajets‘ new ferry service connecting the northern port city with the Sporades, the Cyclades and Crete, during an inauguration event on Monday.

“We are pleased with the new route, which we’ve been anticipating for years and which will contribute not only to tourism in and outside of Greece, but to transport and commerce as well,” said Central Macedonia Governor Apostolos Tzitzikostas during the event. 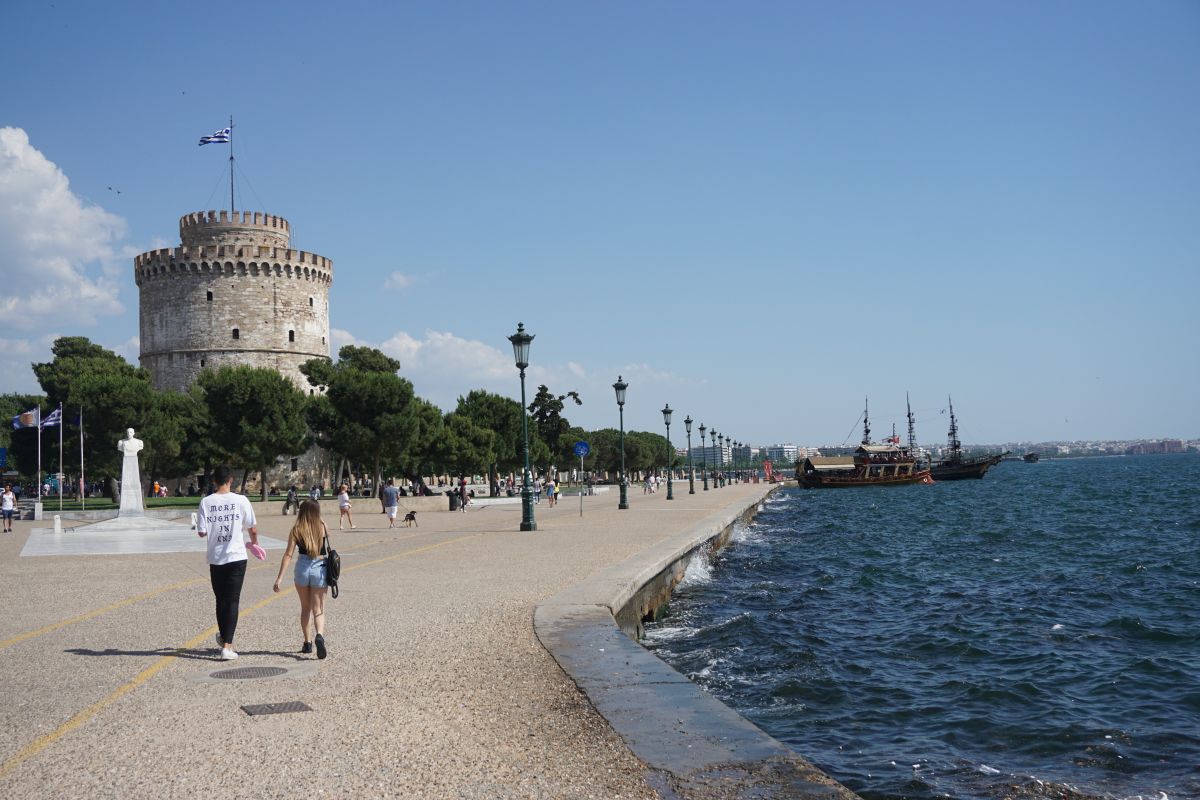 “After many years, this route is finally restored, a route which is absolutely essential for Northern Greece’s economy, connecting the islands and vital for tourism and commerce,” said Thessaloniki Mayor Yiannis Boutaris, adding that the municipal authority in collaboration with the Thessaloniki Tourism Organization will lend its support to the success of the line, which he said he hopes will continue to run after September.

The refurbished Aqua Blue can transport up to 1,300 passengers and 400 vehicles. The service has been restored after a decade in disuse.

“We are investing in Greece at a time when other companies are selling and exiting the country,” said Nikos Kavalieros, managing director Seajets, adding that the sustainability of the line past the the summer months depends greatly fuel prices and taxation.