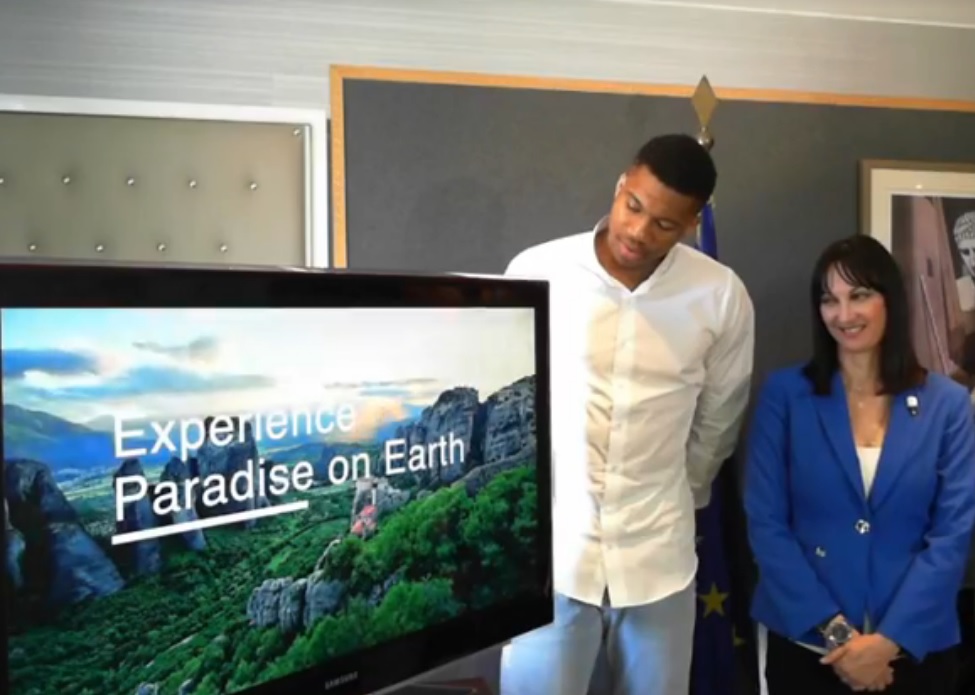 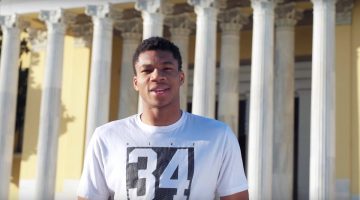 “Since I met Giannis Antetokounmpo and his family, I was moved by his love for Greece. I asked him to become the Ambassador of Greek Tourism and he immediately accepted,” Kountoura told reporters during a press conference on Friday.

“Throughout his international career, he has held Greece in his heart, while promoting the country worldwide,” she added.

After speaking to the press, Antetokounmpo uploaded the new video on social media, instantly making it available to thousands of his fans. In the video, speaking directly to the camera, the basketball champion urges travelers to come to Greece for their vacations.

“My family and I will try our best to promote Greece’s beauties, people and culture… The most important elements in Greece’s culture are solidarity and philanthropy,” he told reporters.”This is a chance to show what it’s like to be Greek,” he added.

The video will also be promoted by Greek embassies abroad, the Greek National Tourism Organization’s offices in other countries and the media.

Giannis Antetokounmpo has also joined forces with Greek carrier AEGEAN and since last year has launched the “Greece by Greeks” campaign, as well as the online travel platform, www.greecebygreeks.gr.