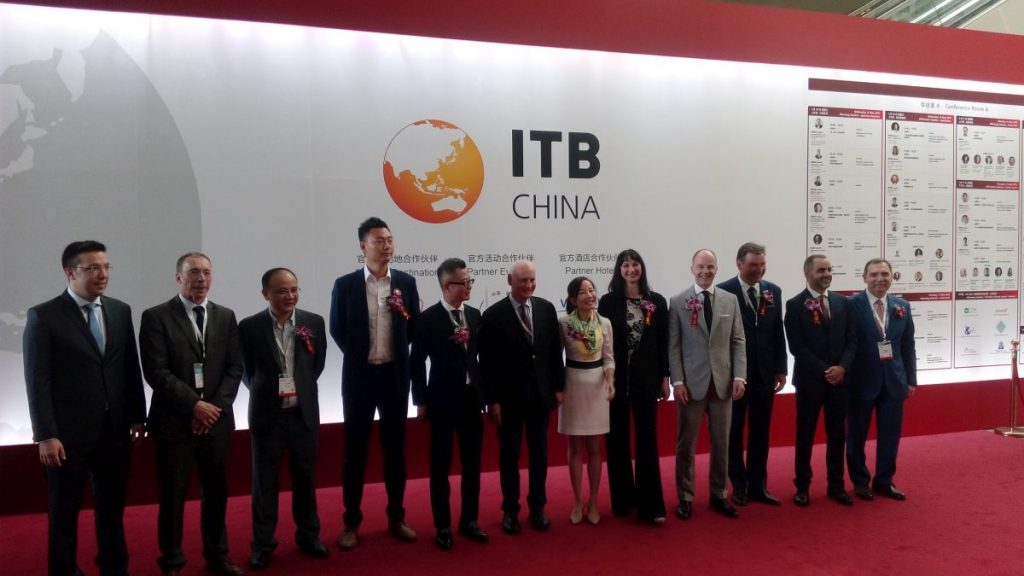 Greek Tourism Minister Elena Kountoura was the guest of honor at the opening ceremony of the ITB China travel exhibition in Shanghai on Wednesday.

ITB China, which will run until May 18, is Messe Berlin’s new three-day B2B travel exhibition exclusively focused on the Chinese travel market. The expo sees the participation of 70 countries, including Greece, which is represented by the Greek National tourism Organization.

The opening ceremony was attended by Ambassador of Greece to China Leonidas Rokanas, the Consul General of Greece in Shanghai Vassilis Xiros, GNTO Vice President Angeliki Chondromatidou and the head of the GNTO Office in China, Yiannis Plexousakis.

Speaking to CGTN (China Global Television Network), Minister Kountoura said that one of the tourism ministry’s main priorities is to strengthen its engagement with China. She underlined that the ministry’s dynamic approach to the Chinese market was bearing fruit as the country saw a double-digit increase of 35 percent in arrivals last year, while further growth in 2018 is expected to surpass 50 percent.

On the sidelines of ITB China, Minister Kountoura inaugurated the “Hellas House” cultural center, located in the heart of Shanghai. “Hellas House” is a venue that will showcase the very best of Greek culture, hospitality, gastronomy and tourism in the center of Shanghai city.

First E-ticket Test Run at Greek Sites on May 20