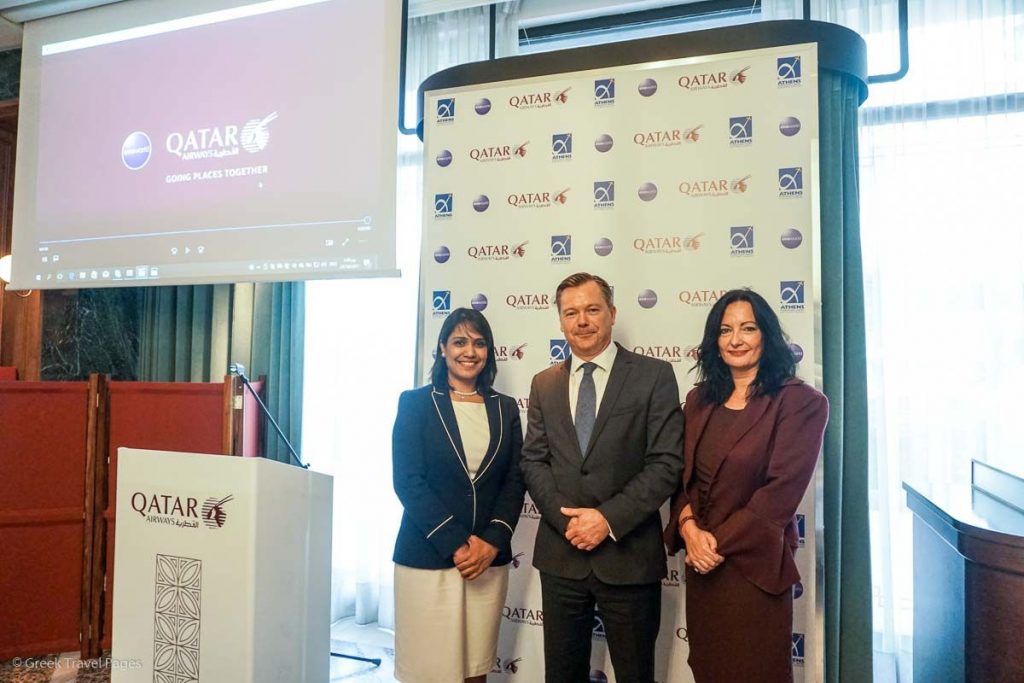 Greece has always been and continues to be one of the most important markets for Qatar Airways, the airline’s Senior Vice President for Europe, Jonathan Harding, said recently in Athens.

Speaking during an event held with Athens International Airport (AIA) this week, Harding underlined that Athens is one of the airline’s most popular destinations in Europe.

“Especially with the development of tourism and other industries, such as energy and shipping, we have seen an increase in the number of our passengers and our predictions for the future are positive,” he said.

2017 is Qatar Airways’ 12th year of presence in the Athens market. Since 2015, the airline has been operating three daily flights (21 flights per week) to Doha from AIA and ranks first among the non-European carriers for Athens airport in terms of passenger traffic volume. 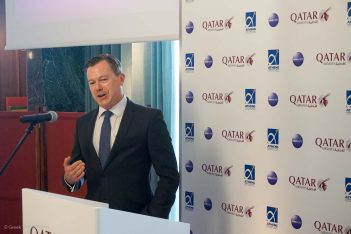 “As a company, Qatar Airways is committed to further developing tourism and strengthening its connection to and from Athens, as well as increasing premium and leisure travelers on the route,” Harding said.

He added that attracting travelers from its global network in Greece is the airline’s primary concern, not only during the summer but also throughout the year.

“We are proud to be able to continuously expand our network and offer passengers in Greece excellent travel options to over 150 destinations around the world,” he said.

‘Qatar Airways has been a success story for AIA’

On her part, Ioanna Papadopoulou, director of communications and marketing of AIA, referred to Qatar Airways as “an important and essential partner” for Athens airport and its development in the Greek market as a “success story”.

“Qatar Airways has been constantly active in our market since 2005, demonstrating its unwavering confidence and connecting Athens through Doha with destinations worldwide,” Papadopoulou said, adding that the airline showed an “extremely and remarkable resilience” during the hardest years of Greece’s economic crisis.

Papadopoulou underlined that that the airport will support the airline’s future plans for development in the Athens market.

Moreover, regarding the Gulf crisis (the decision by four Arab nations to sever diplomatic ties, and cut off sea and air links with Qatar), Harding said that it is “business as usual” and that the airline is developing new destinations to replace the connections that were cut.

Qatar Airways has announced the addition of 26 new destinations for 2017/2018. The airline has a global network of more than 150 destinations, of which more than 40 are in Europe.