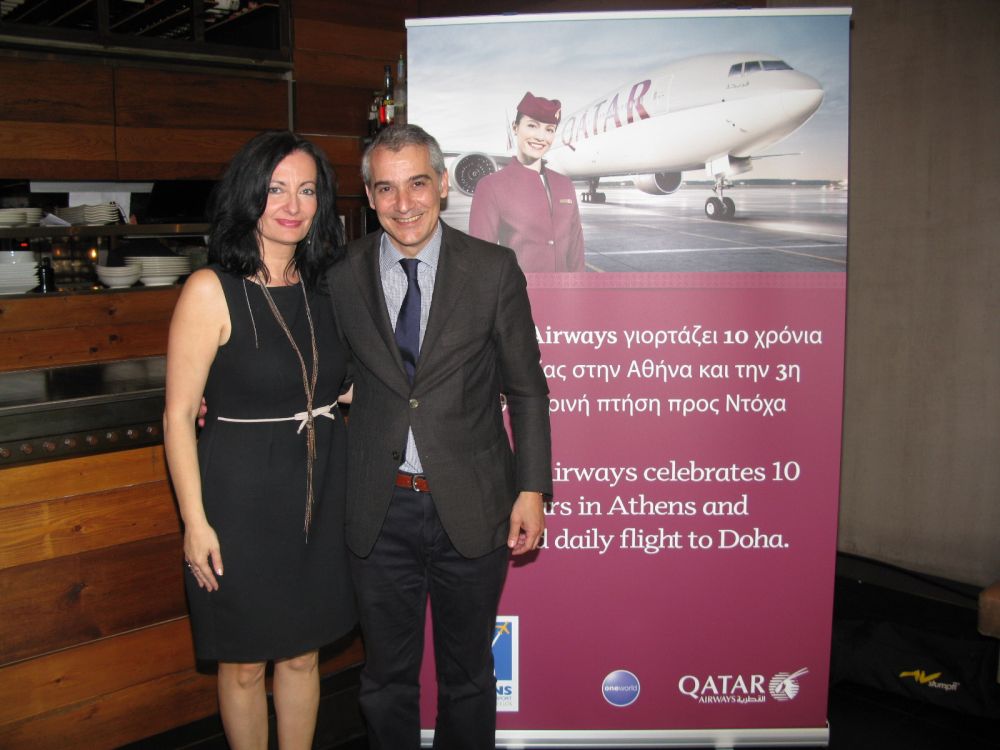 Qatar Airways, the national airline of the State of Qatar, on Wednesday celebrated its 10-year presence in the Athens market with the announcement of a third daily flight to Doha from “Eleftherios Venizelos” airport.

The airline’s third daily flight will begin on June 2 and will be performed by Airbus A320 aircraft. The scheduled arrival time in Athens is 00:10 and the departure time 1:10. The third flight will offer an extra 150 seats per day on the Athens-Doha route and the convenience of 21 flights per week.

Qatar Airway’s commercial manager for Greece and Cyprus, Alexandros Michalopoulos, informed the Greek media during an event that the company’s passenger traffic at Athens Airport has been on the up even during the years of crisis.

The airline’s main hub in Doha is the final destination of 19 percent of the airline’s customers from Athens while the remaining 81 percent travels onward to Australia (17 percent), India (12 percent), China and Arab Emirates (9 percent), Singapore (8 percent) and Thailand (8 percent).

For 2015, the company forecast that by November it will see an increase of over 25 percent in passenger traffic.

On her part, the director of communications and marketing of Athens International Airport, Ioanna Papadopoulou, said that the airline’s growing presence will offer enhanced flight connectivity for passengers travelling to the Middle East, the Far East and Australia.

Qatar Airways first began operations in 1994. By April 2015, from its hub in Doha, the airline has developed a global network of 146 destinations, covering Europe, the Middle East, Africa, South Asia, Asia Pacific, North America and South America with a modern fleet of more than 150 passenger and cargo aircraft.

Qatar Airways currently has over 330 new aircraft worth US$70 billion pending delivery over the next few years. This includes an order for Airbus’ new generation A350s, A320 Neos, A380s, A330 Freighters, Boeing 777s, Boeing 777Xs and Boeing 787s.