All the more Israeli travelers are keen on visiting Greece, bringing figures up to 1.2 million in the last three years with the most popular Greek destinations being Crete, Athens and Thessaloniki.

According to Israeli media reports citing tourism ministry data, the number of tourists from Israel visiting Greece has increased considerably, making Greece the top destination in their holiday choices. At the same time, more than half a million Israeli vacationers said they were “in love” with Greece after visiting the country last year.

According to the Greek National Tourism Organization (GNTO), the increase is due in part to the exchange rate between the euro and the new shekel allowing for tour operators to offer attractive and affordable package deals.

Meanwhile, Greece is more than happy to welcome Israeli tourists who prefer to take their holidays in September-October, visit winter destinations and participate in outdoor activities as they will contribute to extending the tourism season — a priority for sector professionals. 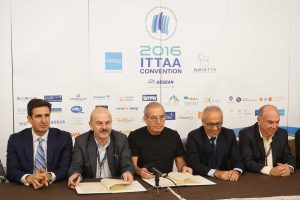 In late November, the Federation of the Hellenic Associations of Tourist & Travel Agencies (fedHATTA) and the Israel Association of Travel Agencies and Consultants, signed a memorandum of cooperation in Athens and agreed to work together towards driving tourism traffic and exchanges between Greece and Israel. The memorandum was signed during the ITTAA Annual Convention.

Addressing a press conference at the time, GNTO general secretary Dimitris Tryfonopoulos said that visitors from Israel in 2016 had amounted to some 430,000, while estimates for 2017 were looking very positive.

Greece has repeatedly worked towards ensuring strong ties with Israel particularly in the fields of tourism with direct flights offered by Aegean, El Al, Arkia, TUS, and Israir all year round.

The Greek tourism minister, Elena Kountoura, will be attending the International Mediterranean Tourism Market (IMTM), set to run on February 6-9 in Tel Aviv.