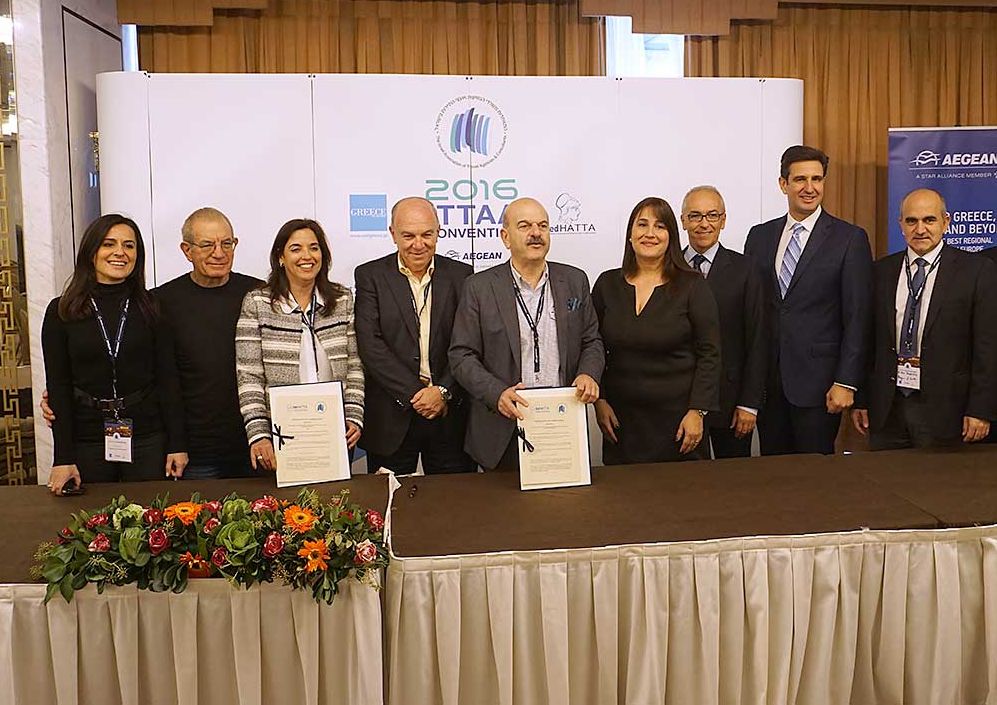 The Federation of the Hellenic Associations of Tourist & Travel Agencies (fedHATTA) and the Israel Association of Travel Agencies and Consultants, on Wednesday signed a memorandum of cooperation during the ITTAA Annual Convention held this week at the Divani Caravel hotel in Athens.

The ITTAA is the leading association for travel agents, the travel industry and online travel agents in Israel.

“This is not a formal cooperation but we are announcing the exchange of business from country to country through the travel agents”, fedHATTA’s president, Lysandros Tsilidis, said during a press conference, adding that the travel agents are the experts to divert the customers on where to go and where to stay.

The two bodies agreed to work together towards driving tourism traffic and exchanges between the two countries as well as ensuring mutual respect of relevant tourism legislation (Greek law N. 393/76). 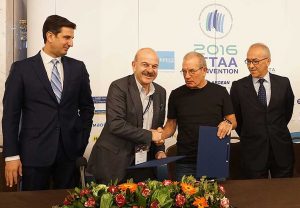 According to the law, travel agencies from third countries can do business in the Greek market only through a representative (Greek travel agency) or through an owned office.

“Today we are signing with our brother association the establishment of respect for professionals in both countries”, Tsilidis said.

The tourism pact between the two bodies, follows the signing of the memorandum of cooperation in late January between Tourism Minister Elena Kountoura and her Israeli counterpart Yariv Levin to strengthen tourism ties between the two countries with joint initiatives.

During the press conference, the general secretary of the Greek National Tourism Organization (GNTO), Dimitris Tryfonopoulos, said that this year visitors from Israel to Greece amounted to 430,000, while estimates for 2017 are looking very positive.

The ITTAA Annual Convention was under the auspices of the GNTO and gathered over 350 tour operators, travel agents and tourism professionals from Israel.

B2B meetings between Israeli and Greek professionals took place during the three-day convention, which aimed to create and strengthen partnerships between both countries. In addition to the business meetings, a special exhibition area was set up in the hotel which gave companies and regions the opportunity to present their products to the Israeli professionals. 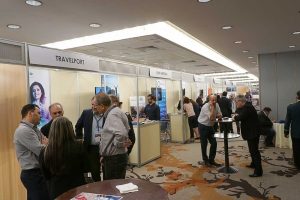 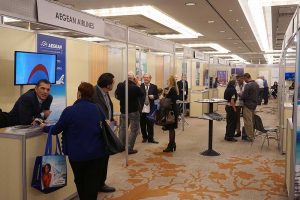 According to fedHATTA, organizing the ITTAA Convention in Athens was part of the “Dodeka” initiative, which is designed to boost Greece as a year-round tourism destination.