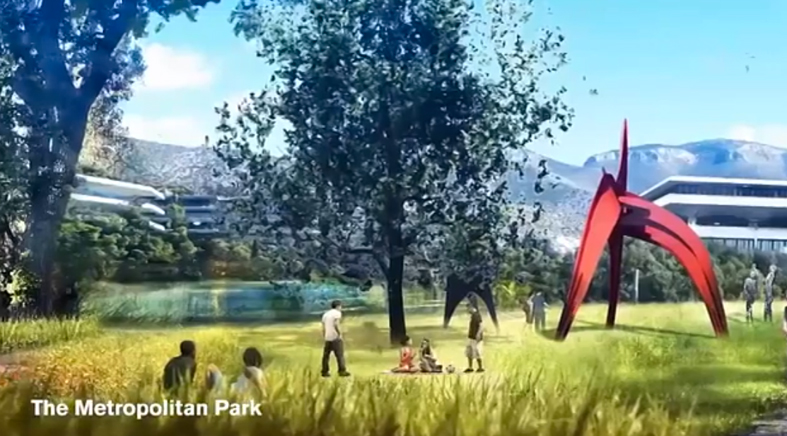 An eight-billion-euro project to develop Hellenikon, Athens’ former airport complex, into a metropolitan park seems to have hit a wall, according to Greek media reports, with the Attica Prefecture appealing the Greek state privatization fund TAIPED decision to ink a deal with holding company Lamda Development.

According to Realnews, deputy Attica prefect Christos Kapantais said that the Attica prefecture would not allow the contract to go through in efforts to “prevent the sellout of the area”.

“It is not in the public’s best interest and ensures high profits only for the operator at a very low risk,” he said.

In related news, the European Commission has expressed its objection to works along the Faliro coastal front and along central Athens Panepistimiou Avenue, citing that plans are “ornamental”, “touristy” and “redundant”.

According to To Vima newspaper, the Commission is calling on the Greek government to re-examine the projects up for completion through the NSRF (National Strategic Reference Framework) grants, particularly at a time of limited resources. The Commission says it cannot fund “ornamental” works when other priority projects are still incomplete.

According to reports, the EU Commission said funds should be allocated to priority works such as Line 4 of the Athens Metro and the completion of the country’s highways.

According to To Vima, the Onassis Foundation, which funded studies for the overhaul of central Athens as part of the Rethink Athens project, expressed concern and disappointment over the recent developments.