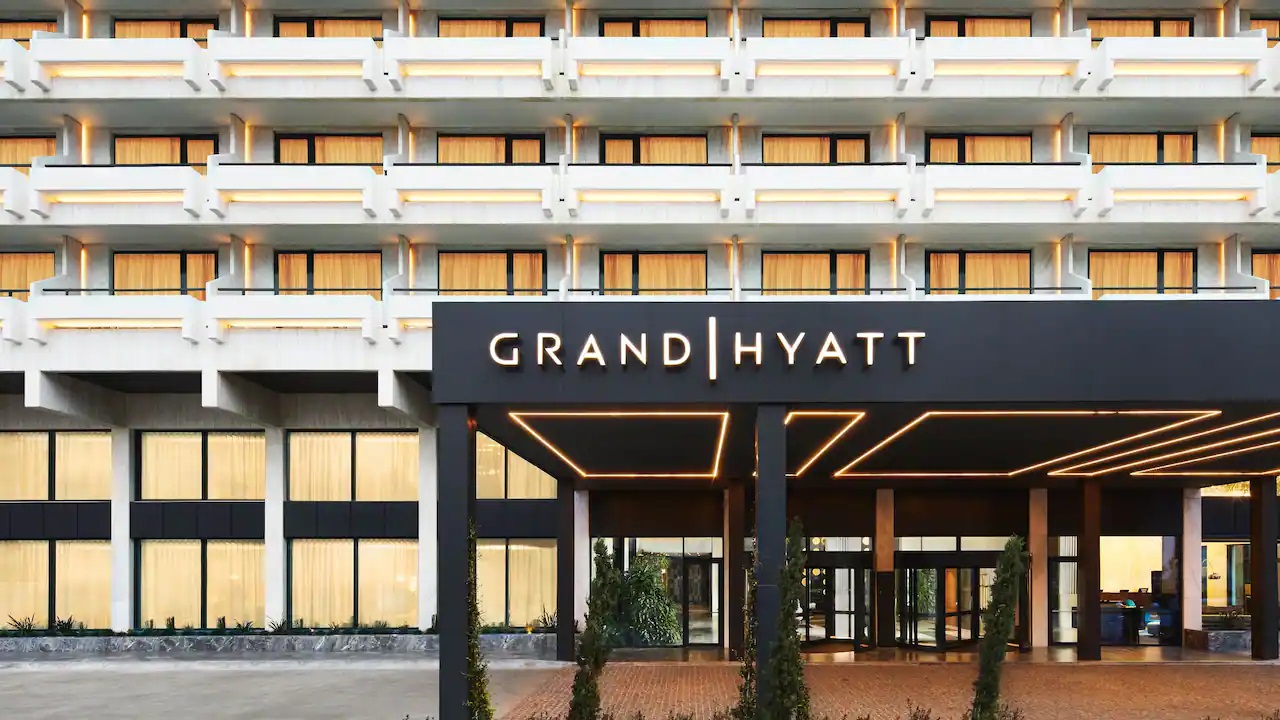 The Grand Hyatt Athens is in the process of wrapping up a major expansion project, which will make it the largest Grand Hyatt-branded hotel in Europe.

Located on Syngrou Avenue, the Grand Hyatt Athens first opened its doors in 2018 under the ownership of US real estate company Hines and European real estate investment platform Henderson Park and is managed by the Knossians/Y&T Daskalantonakis group. 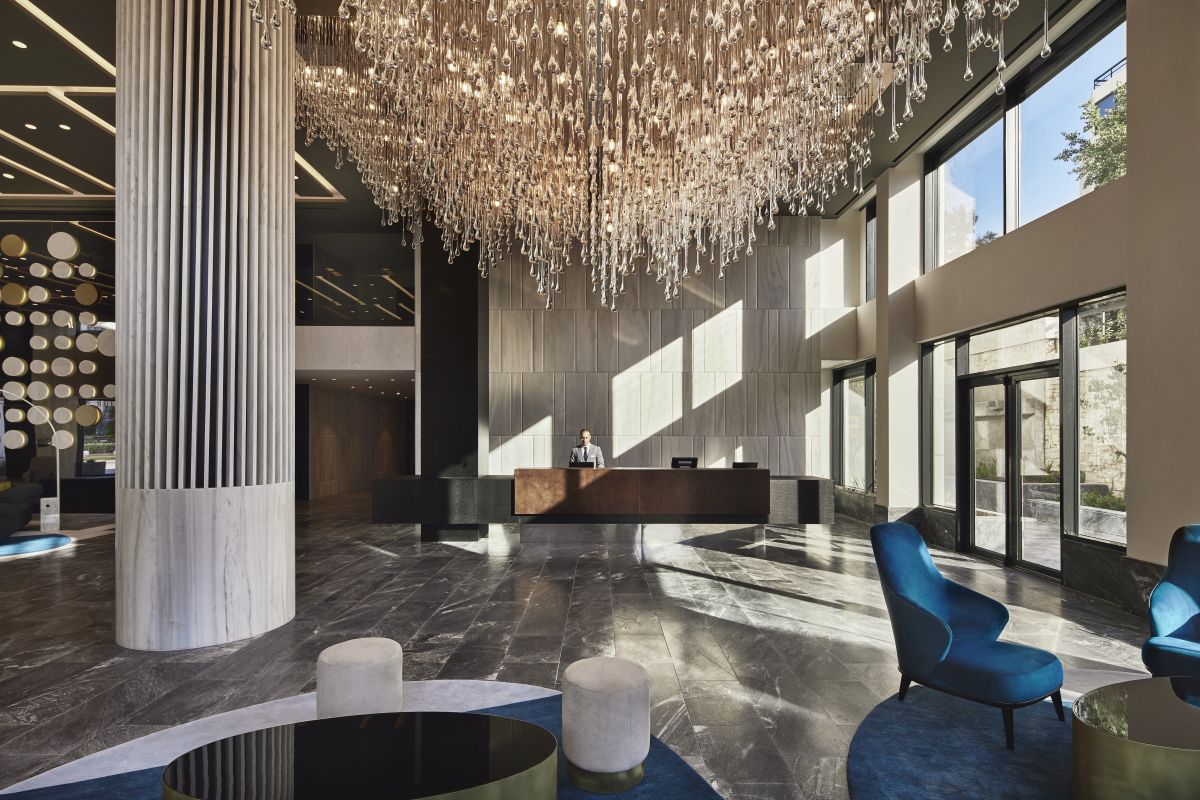 The building of the Grand Hyatt Athens once housed the Ledra Marriott (1983-2014) managed by Marriott International and then the Athens Ledra hotel (2014-2017). 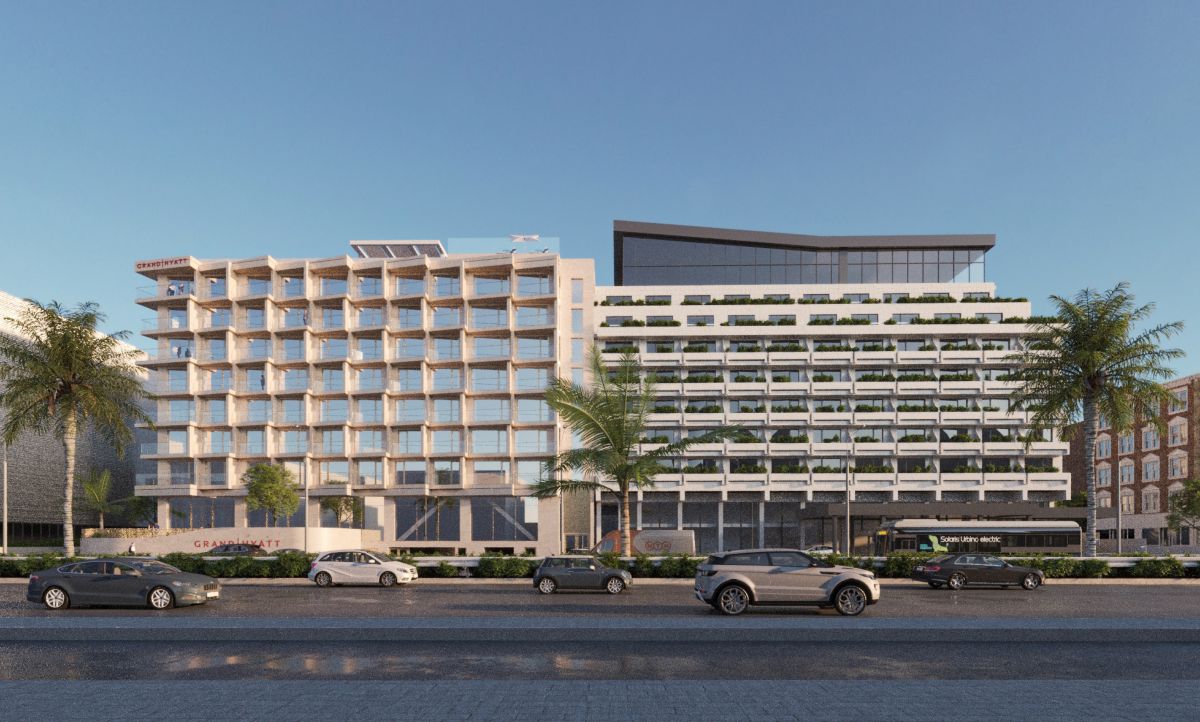 Having opened the Grand Hyatt Athens in 2018, following a major revamp of the building, Hines-Henderson Park took a step further and, aiming to expand the hotel, in 2019 acquired the neighboring property that previously housed the Odeon Starcity cinema.

The new building, which has an impressive Doric-style facade, includes 8 floors that are connected to those of the existing hotel building. 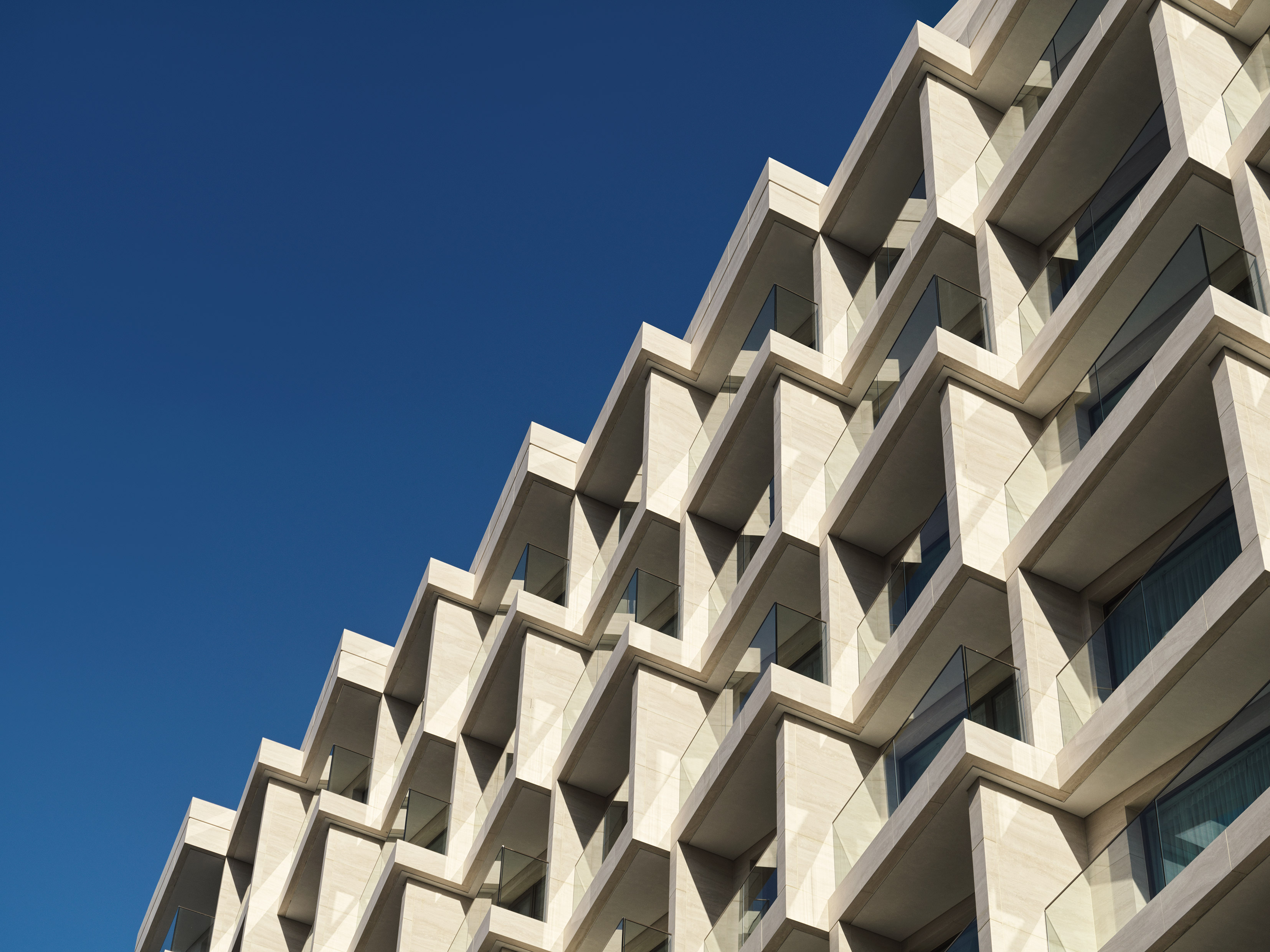 The expansion project of the Grand Hyatt Athens includes the addition of 227 rooms, bringing the total number of rooms to 548 and making it the largest Grand Hyatt-branded hotel in Europe and second largest hotel in Athens in terms of capacity and conference facilities, after the Athenaeum Intercontinental (563 rooms). 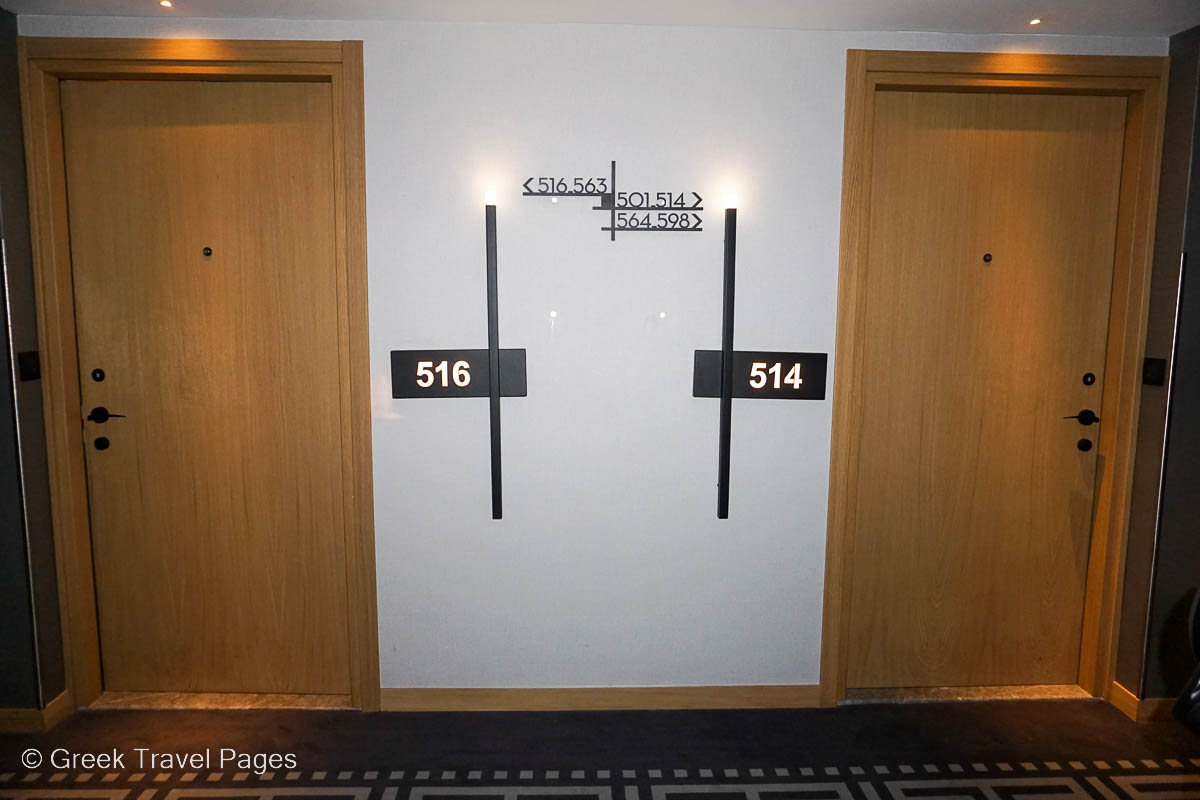 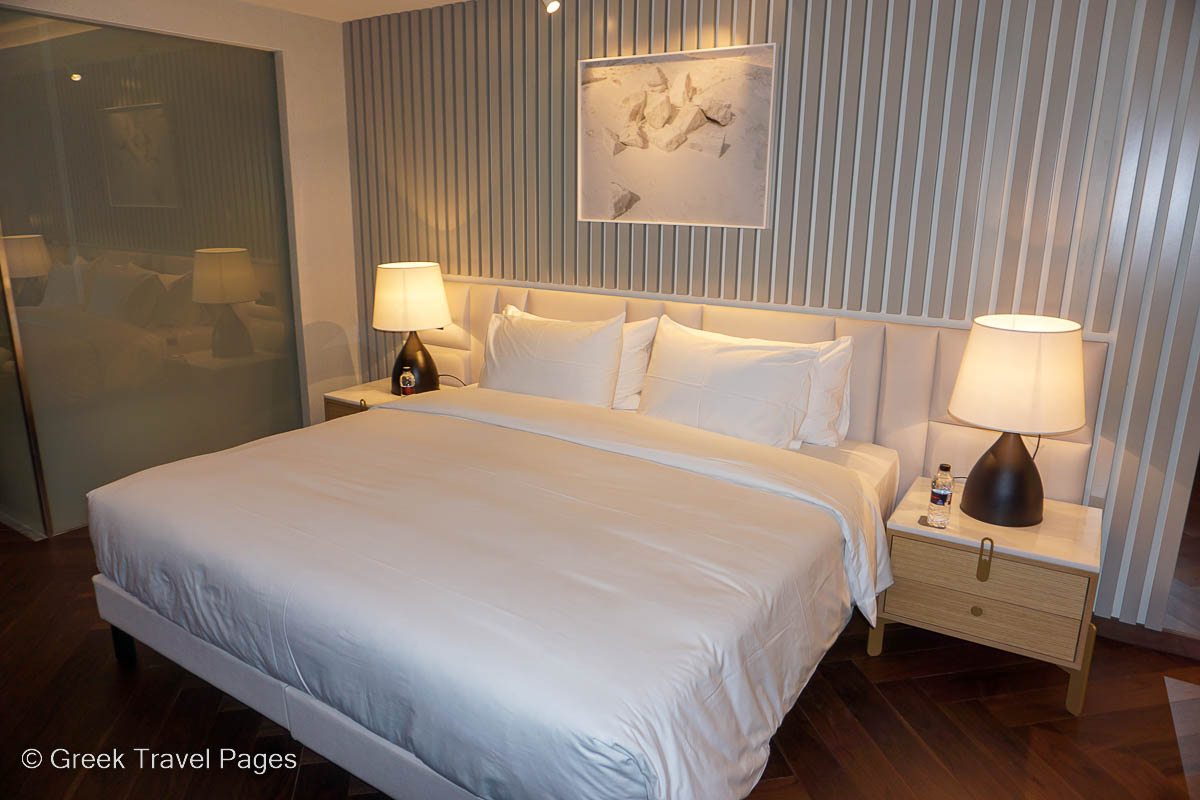 The Grand Hyatt Athens’ new wing opened to guests this past September and the whole renovation project, which includes the complete refurbishment of almost all its spaces, will wrap up by May 2023. 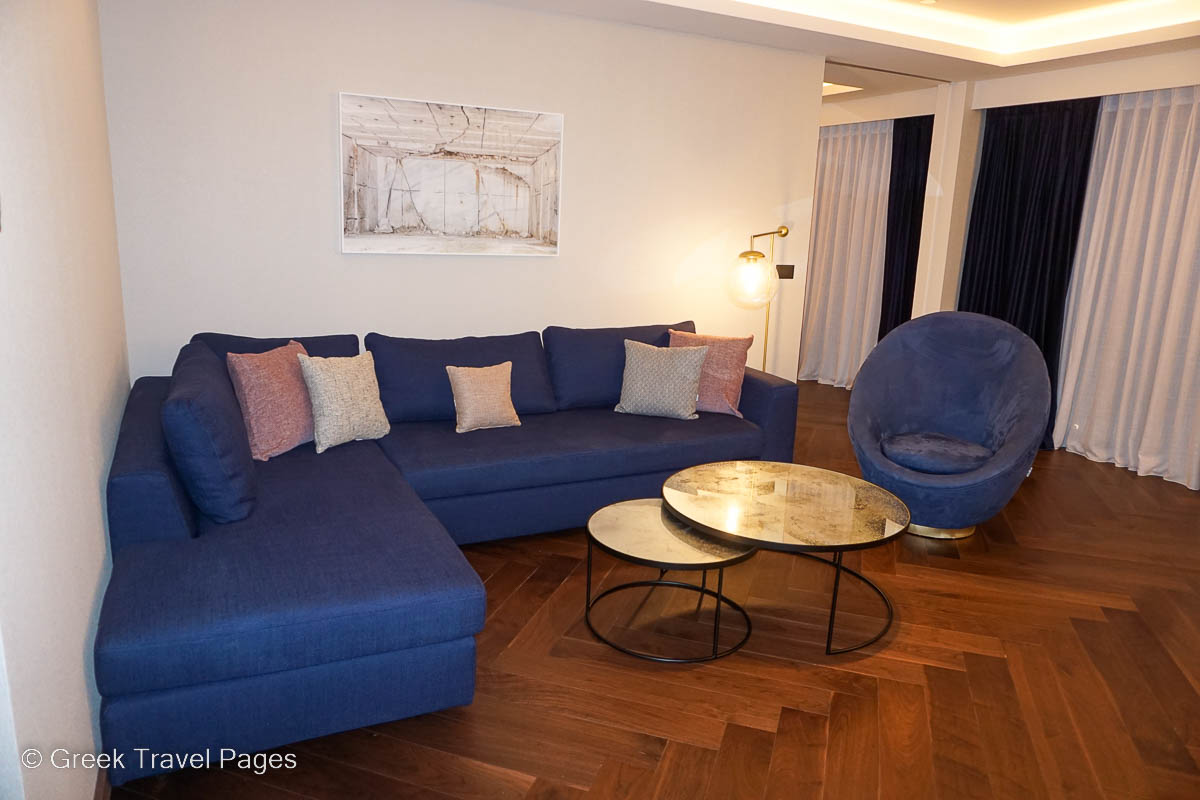 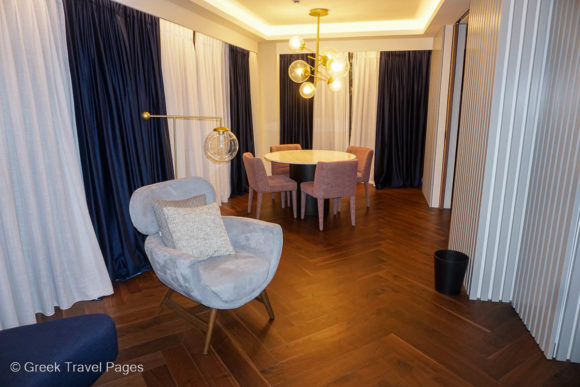 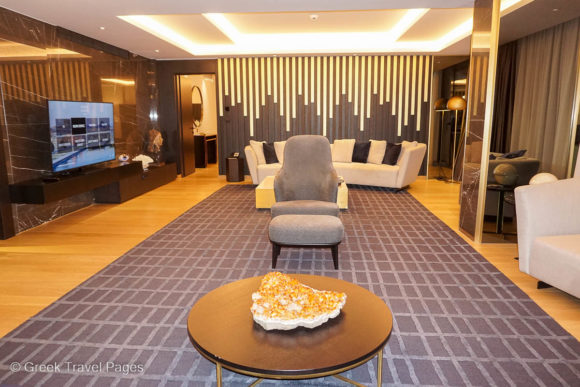 Once inside the Grand Hyatt Athens, guests will see that no separation joints are apparent. The common areas on the ground floor and the hallways to the rooms on all eight floors have all been designed to create one single building. 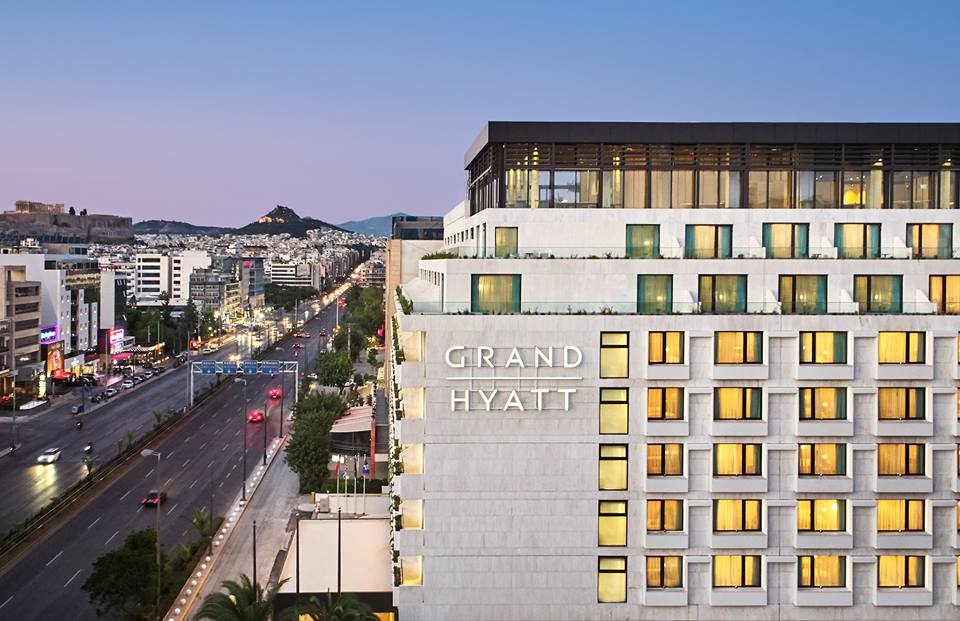 So far, the cost of purchasing both buildings (former Athens Ledra and Odeon Starcity cinema), the renovation of the existing premises and all new constructions is close to 120 million euros. According to management, upon completion of the project the amount is expected to reach 150 million euros.

The Grand Hyatt Athens hotel, which is ideally located between the cultural center of the Greek capital and the cosmopolitan Athenian Riviera, recently welcomed a group of Greek journalists. The hotel’s general manager, Panos Almyrantis, and PR & marketing manager, Elia Triantafillou, gave journalists the grand tour of its new premises. 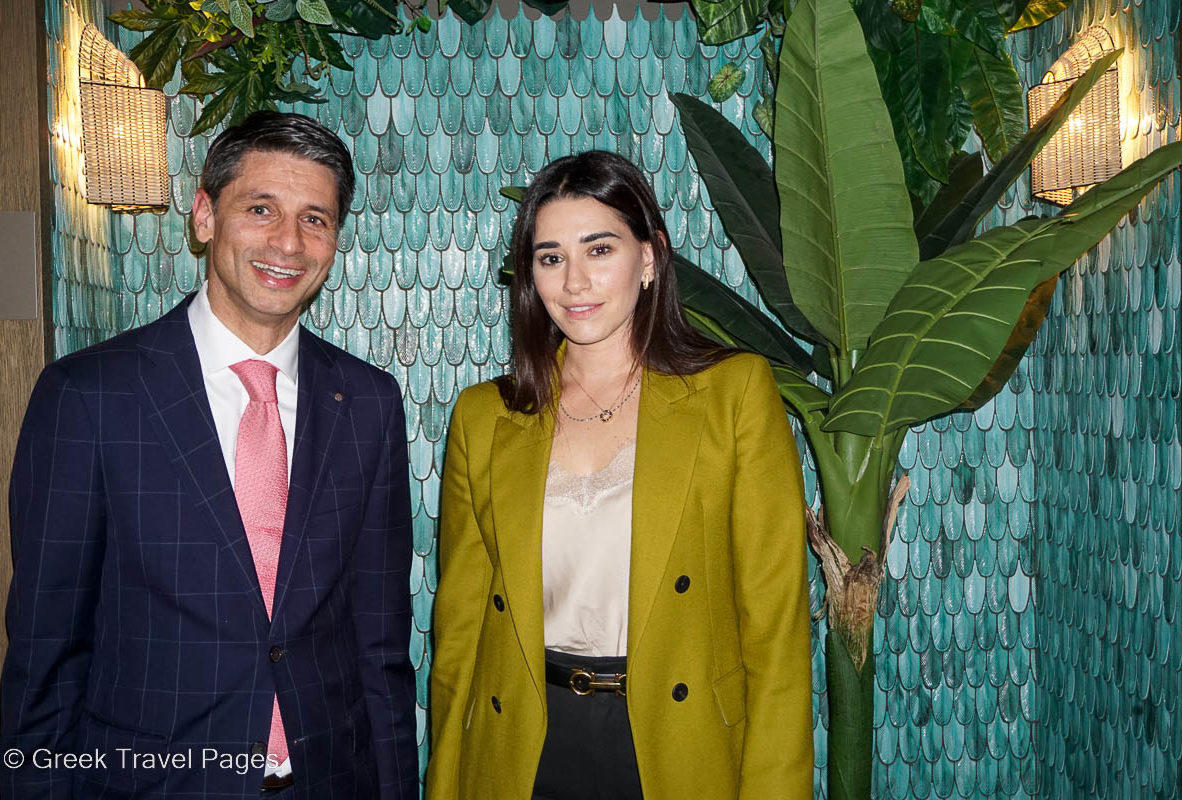 The hotel’s renovation project includes the addition of suites with their own plunge pool, a detail that makes the Grand Hyatt Athens stand out as a city hotel.

By next Spring, the hotel’s rooftop, which offers an unmatched view of the Acropolis, will host two restaurants: the existing Interni restaurant (Mediterranean cuisine) and a new space exclusively focused on Asian cuisine. 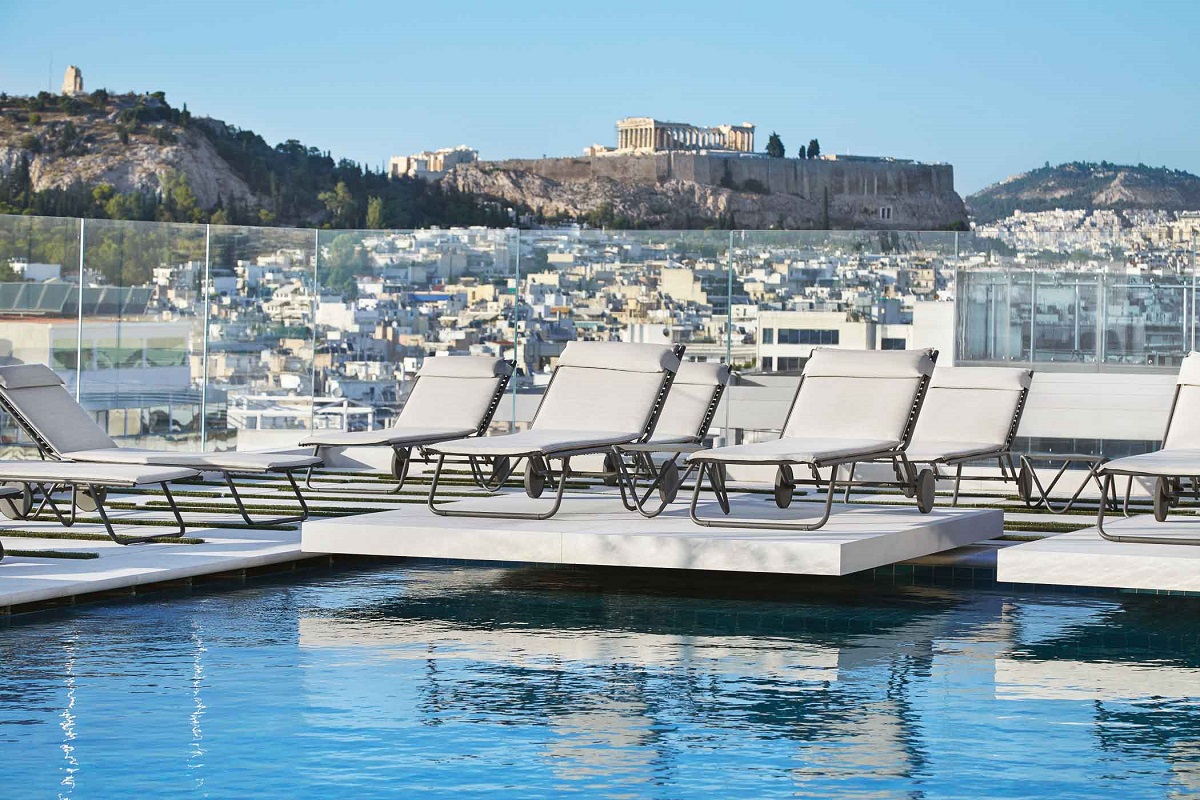 Beyond the existing rooftop swimming pool, a new one is currently under development, which together with the pools of the Atrium and in the indoor Spa will make the Grand Hyatt Athens the only hotel in the Greek capital with four swimming pools. 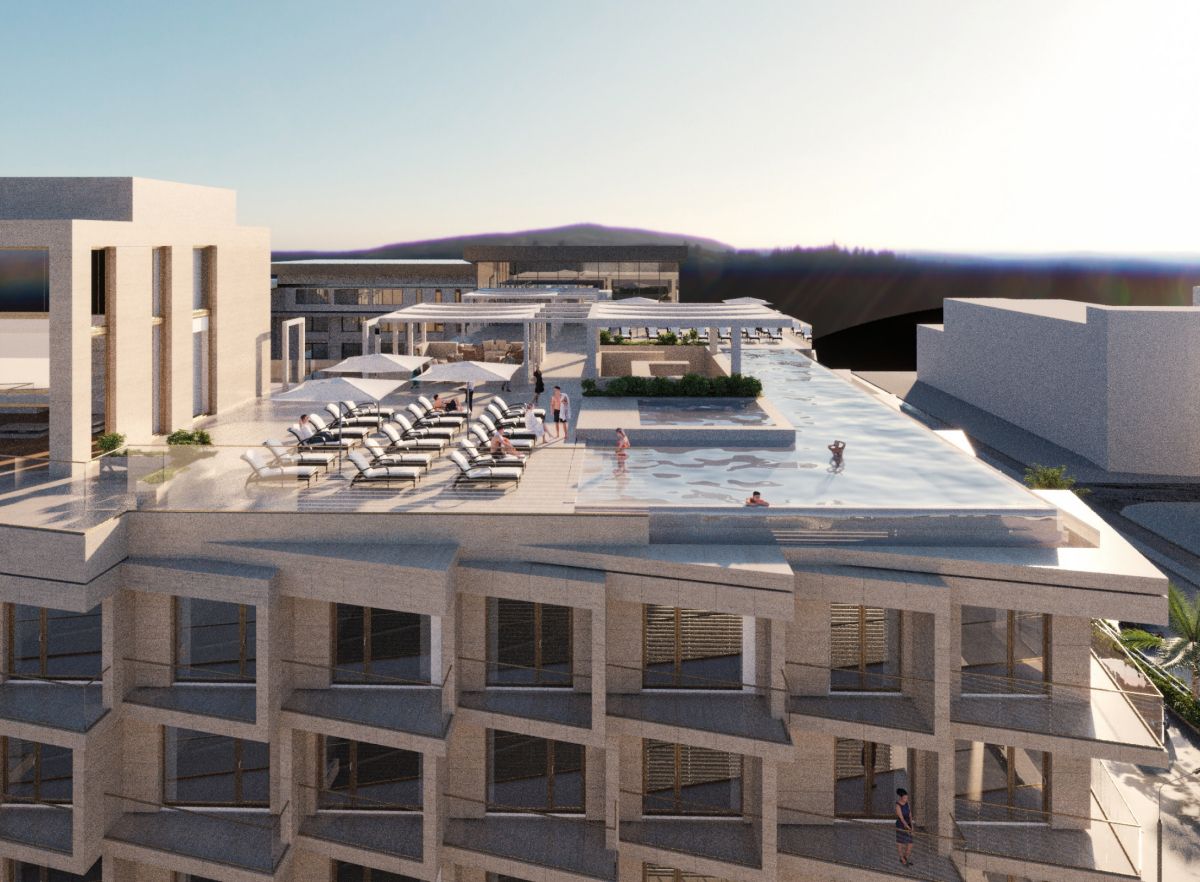 As highlighted by the hotel’s PR & marketing manager, Elia Triantafillou, great focus has been given to the conference and various event spaces that now occupy three levels and reach 4,400 square meters. These include: executive lounge, meeting and syndicate rooms, spaces for interviews and areas for private dining.

“These developments come to ensure the leading role of the refreshed Grand Hyatt Athens in the business and social landscape of the Greek capital,” she said. 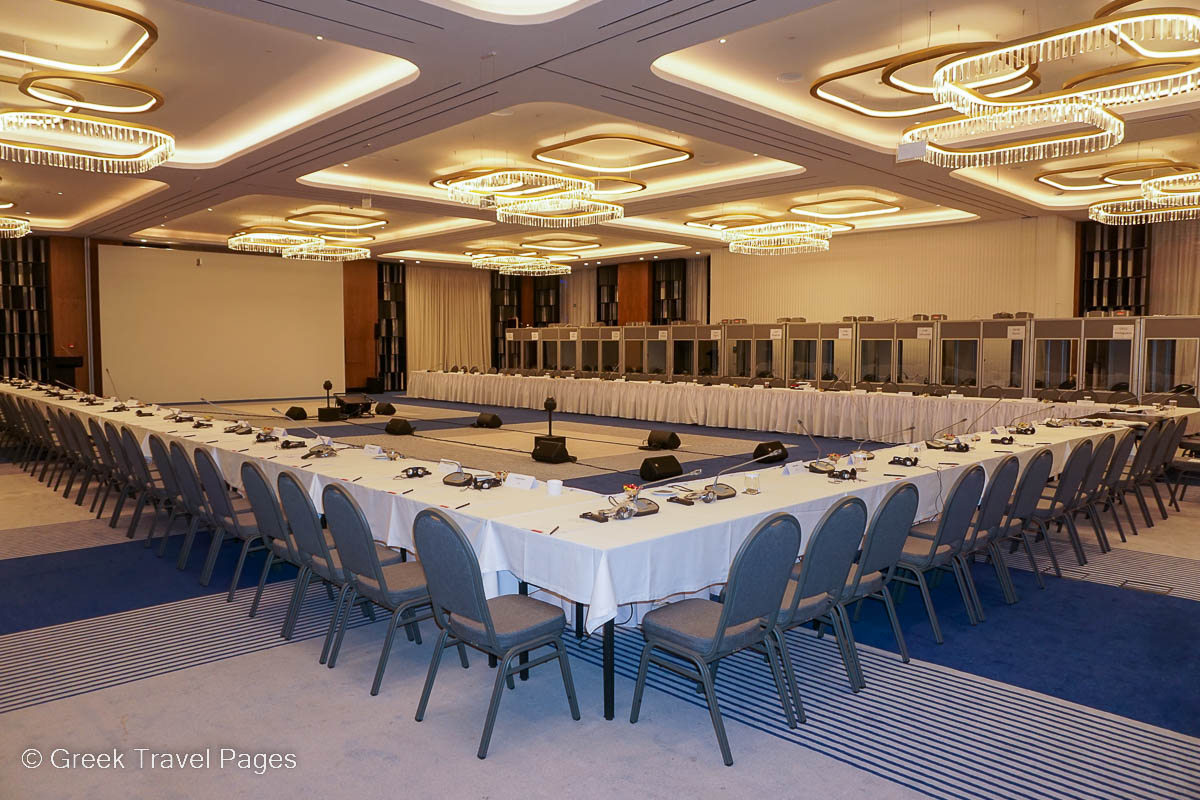 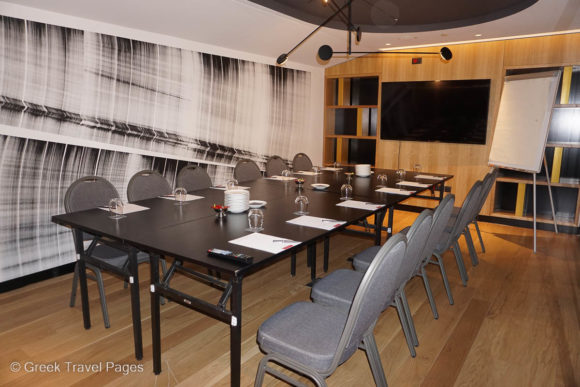 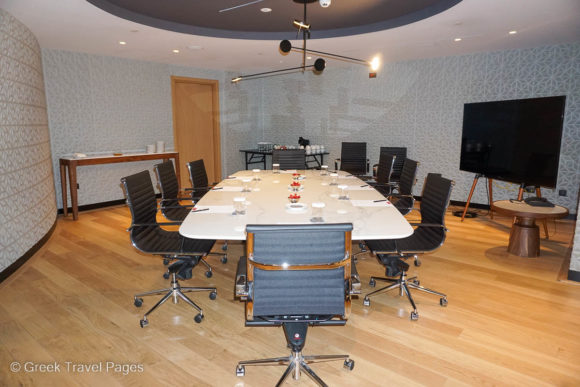 It is noted that the hotel’s Caryatids ballroom, on the ground floor of the new wing and with a capacity to host 1,000 delegates, is the only one of this size with natural daylight. 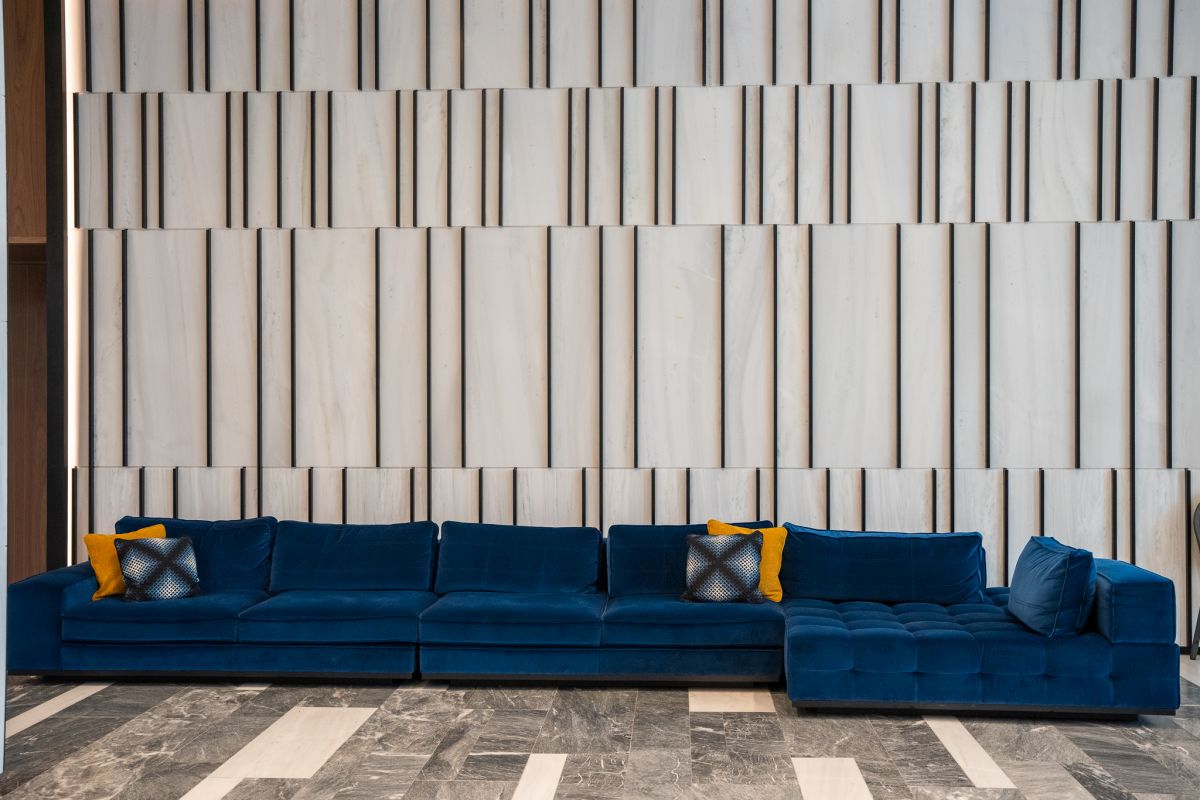 The hotel’s interior design, which has been carried out by MKV Design, follows the line of modern elegance, abstract luxury, with materials and patterns that hint classical Greek form.

An essential part of the ambiance at the Grand Hyatt Athens is Greek art. Found throughout the hotel, all art details have been curated by distinguished artist Nikomachi Karakostanoglou. 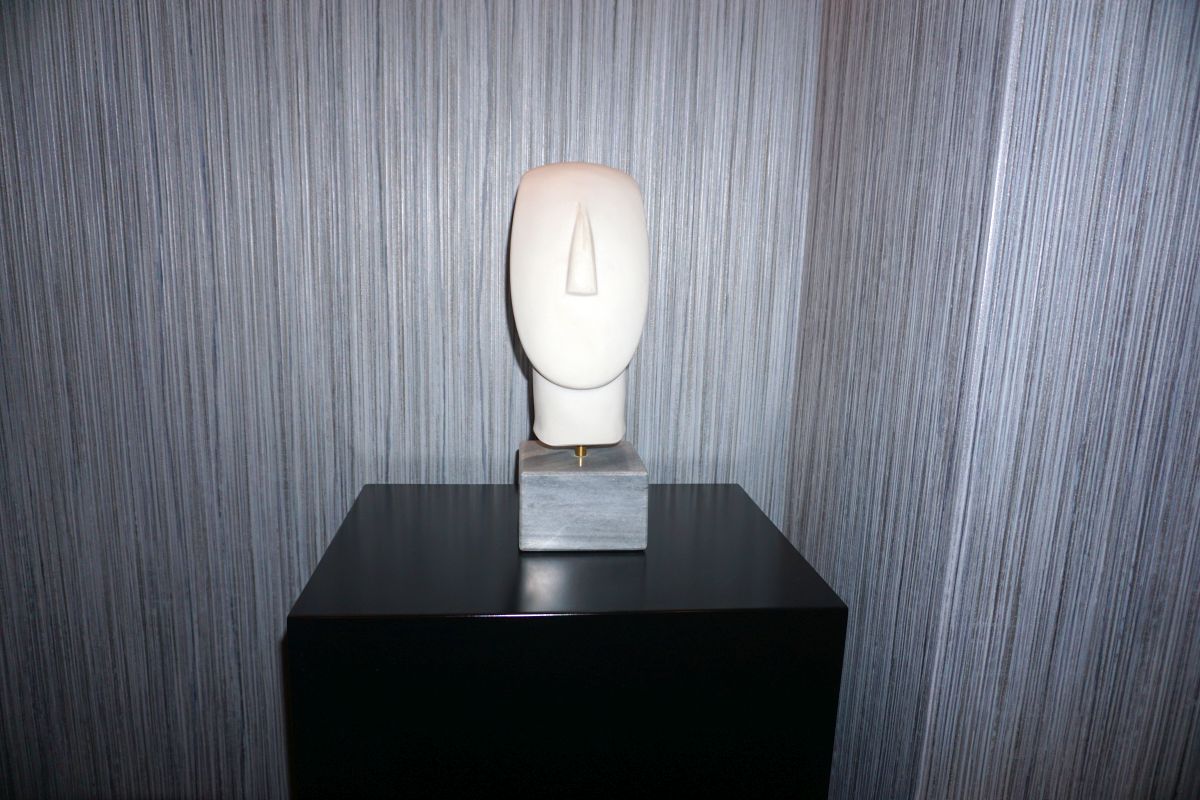 Art adorns the hotel with works such as the imposing “Tower”, a specially-designed installation by Natalia Manda, that runs through all the levels of the atrium in the new building. 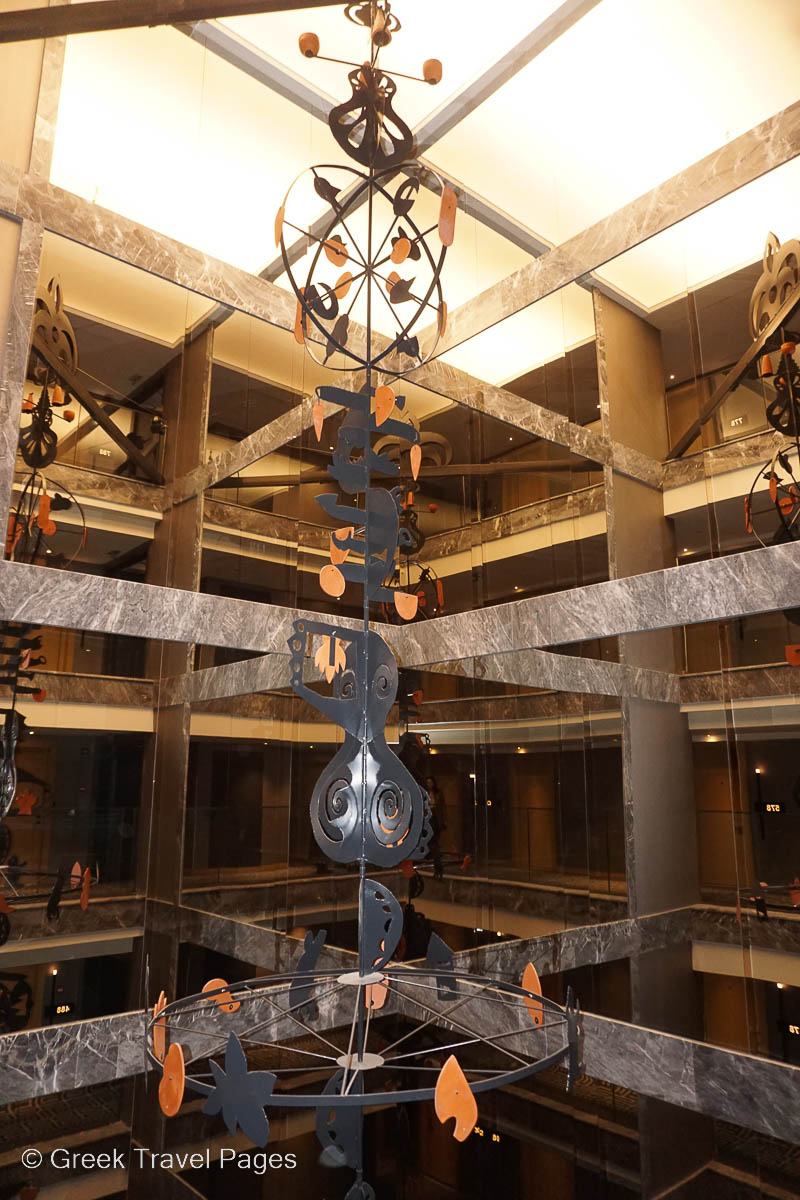 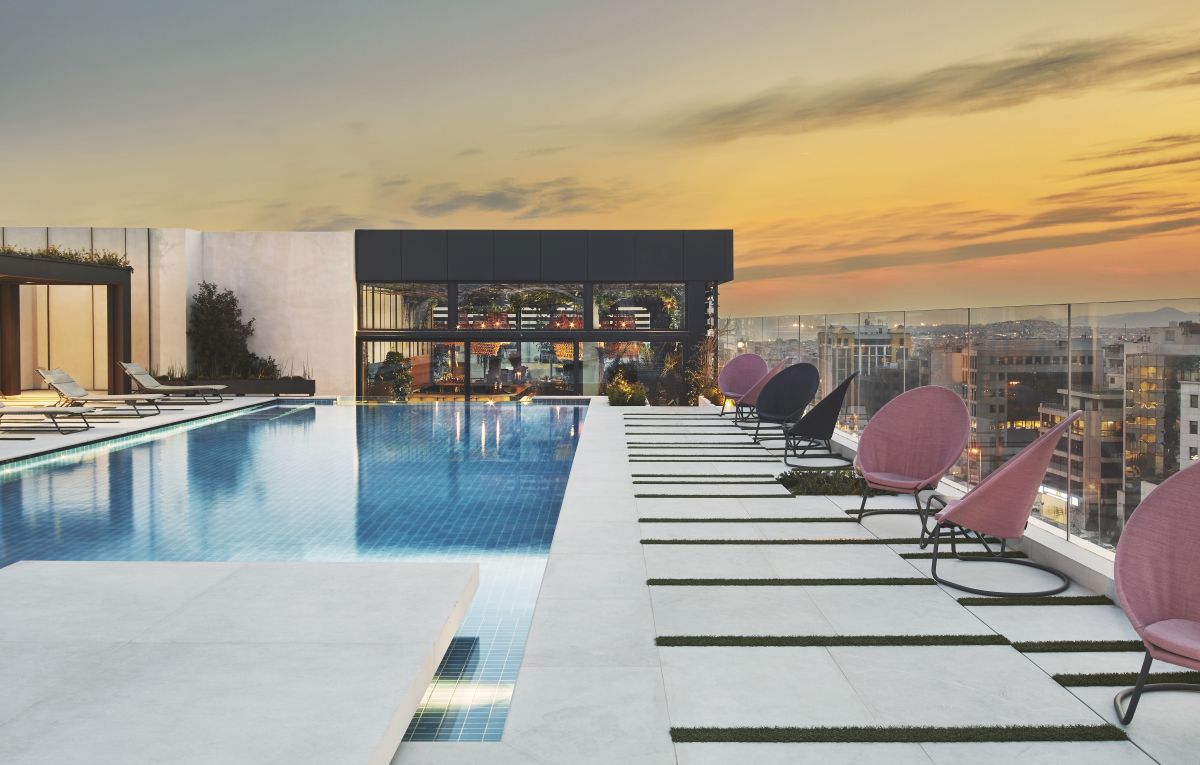 According to the hotel’s general manager, Panos Almyrantis, occupancy at the Grand Hyatt Athens at the moment is almost at 100 percent, with many international conferences and corporate events planned fro 2023.

The US market is the largest source of visitors for Grand Hyatt Athens, with its share reaching 32 percent this year. Moreover, strong demand is also recorded from European countries, such as Germany and the UK, and also from the Middle East and Israel.