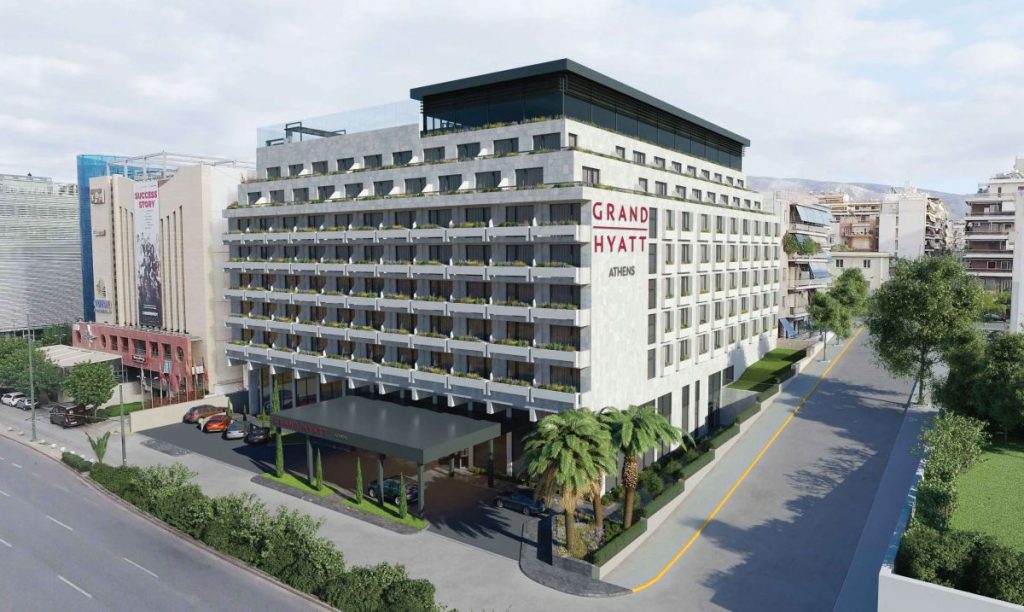 The first Grand Hyatt branded hotel in Greece, the Grand Hyatt Athens, will open in the Greek capital by September this year, Hyatt Hotels Corporation announced on Tuesday.

The hotel will be located in the property where the former Athens Ledra hotel (and formerly the Ledra Marriott) once operated on Syngrou Avenue. The hotel is currently undergoing a major renovation and will mark the second Hyatt hotel in Greece – joining its sister property Hyatt Regency in Thessaloniki.

The announcement follows a franchise agreement of a Hyatt affiliate with both Henderson Park and Hines to open the first Grand Hyatt hotel in Greece. The Grand Hyatt Athens hotel will be managed by Kokari Limited of Y&T Daskalantonakis Knossian Group.

According to Takuya Aoyama, vice president, development for Eastern Europe, Russia & CIS at Hyatt, the hotel chain had long sought to bring the Grand Hyatt brand’s luxury to Athens.

The Grand Hyatt Athens is expected to appeal to business and leisure travelers who seek exceptional settings. 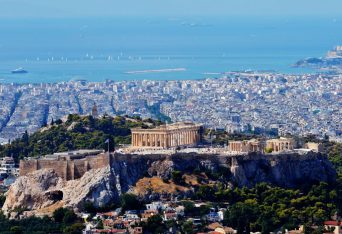 The 310-room hotel is centrally located in Athens’ Koukaki district, close to golf courses, restaurants and within walking distance of Filopappos Hill.

Following its renovation, the Grand Hyatt Athens will reflect its Greek culture through its architecture and innovative design. First-class rooms will welcome guests along with a rooftop bar and restaurant, an outdoor swimming pool and a view of the Acropolis. Additional amenities will include best-in-class food and beverage venues, more than 11,600 square feet of meeting space as well as a spa and fitness center.

“Our investment into Grand Hyatt Athens was driven by its potential as a luxury asset with a historic heritage,” said Nick Weber, founding partner of Henderson Park.

“Grand Hyatt is one of the world’s leading premium brands and working with Hyatt on this hotel is an endorsement of our ambitious strategy and a strong addition to Henderson Park’s portfolio of iconic European hotels.”

On his part, Paul Gomopoulos, managing director, Hines Greece, underlined that the Grand Hyatt is a global brand with the caliber of offerings needed for the Greek market.

“We look forward to delivering an experience in Athens worthy of celebration,” Gomopoulos said.

Acropolis in Athens Once Again Applauded by Travelers on TripAdvisor