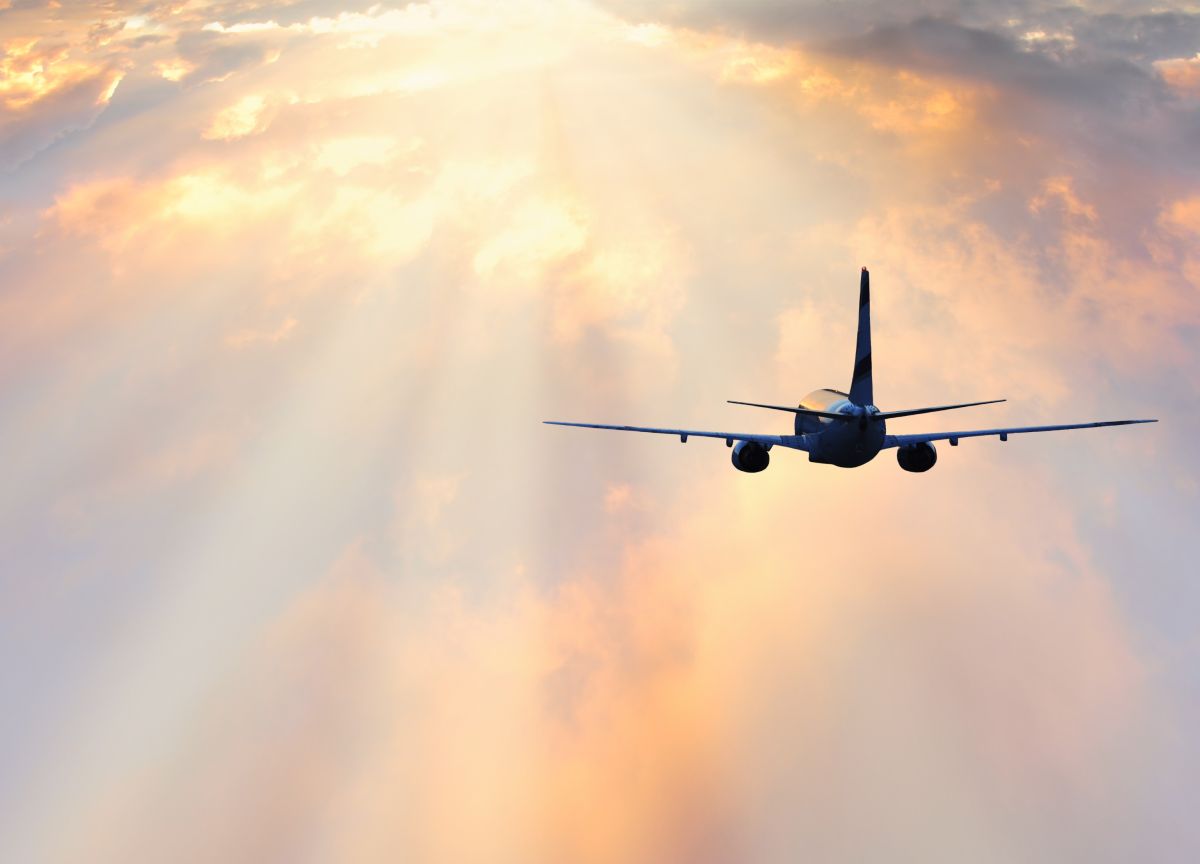 According to IATA data for October, domestic traffic slowed down by a marginal 0.8 percent over 2021 with analysts attributing the decline to Covid-19 travel restrictions in China. October 2022 domestic traffic recouped 77.9 percent of October 2019 levels. Domestic pre-bookings remain at around 70 percent of pre-pandemic levels.

International traffic meanwhile increased by 102.4 percent over the same month a year ago reaching 72.1 percent of October 2019 levels with all markets recording strong growth, said IATA. 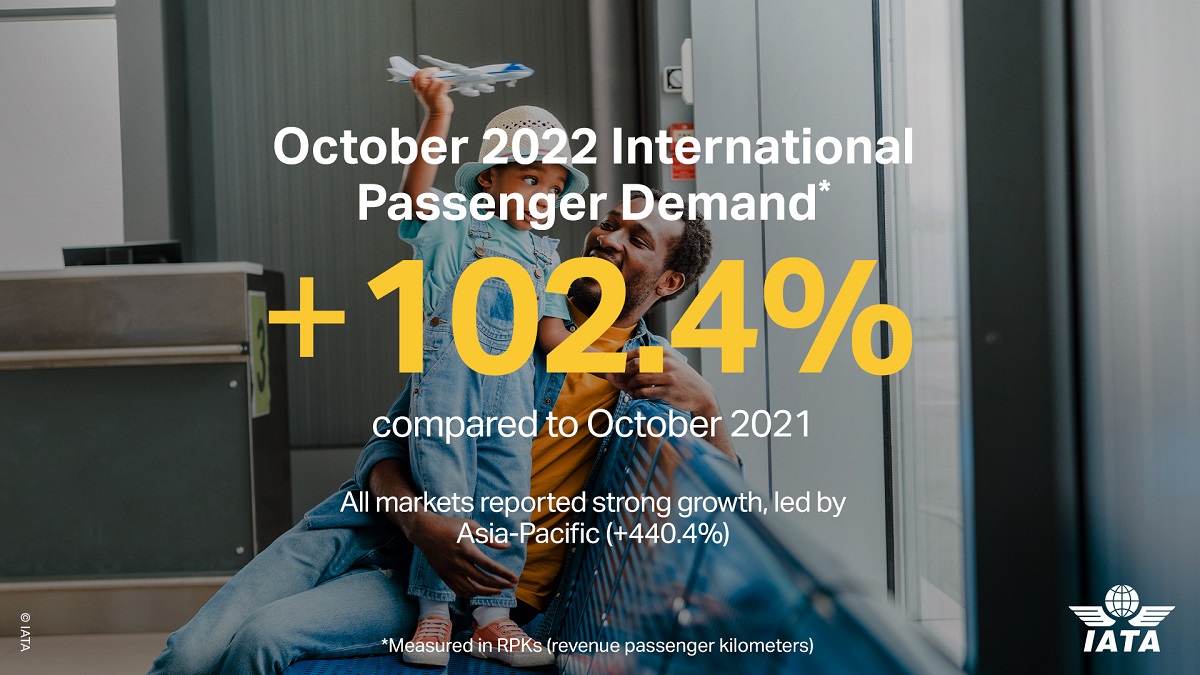 Pre-bookings for international travel rose by around 75 percent of pre-Covid levels after several Asian markets reopened.

European airlines saw October traffic increase by 60.8 percent compared to October 2021 with capacity rising by 34.7 percent and load factor by 13.8 percentage points to 84.8 percent, the second highest among the regions.

“Traditionally by October we are into the slower autumn travel season in the Northern Hemisphere, so it is highly reassuring to see demand and forward bookings continuing to be so strong. It bodes well for the coming winter season and the ongoing recovery,” said IATA Director General Willie Walsh.

Walsh went on to add that according to a recent IATA survey of 500 European business leaders, 84 percent said they could not imagine doing business without access to air transport networks and 89 percent believed being close to an airport with global connections gave them a competitive advantage. 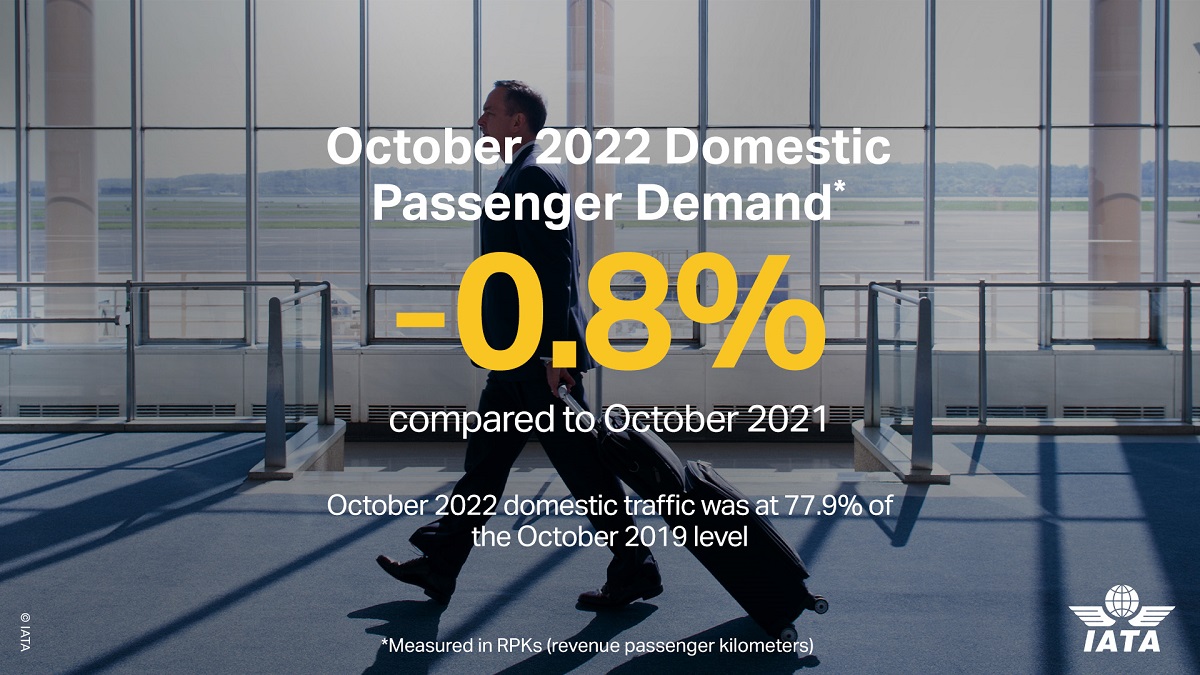 “Governments need to pay attention to the message that air travel is fundamental to how we live and work. That reality should drive policies to enable aviation to operate as efficiently as possible while supporting the industry’s 2050 Net Zero emission goals with meaningful incentives to encourage the production of Sustainable Aviation Fuels,” said Walsh.

IATA represents some 290 airlines which account for 83 percent of global air traffic.