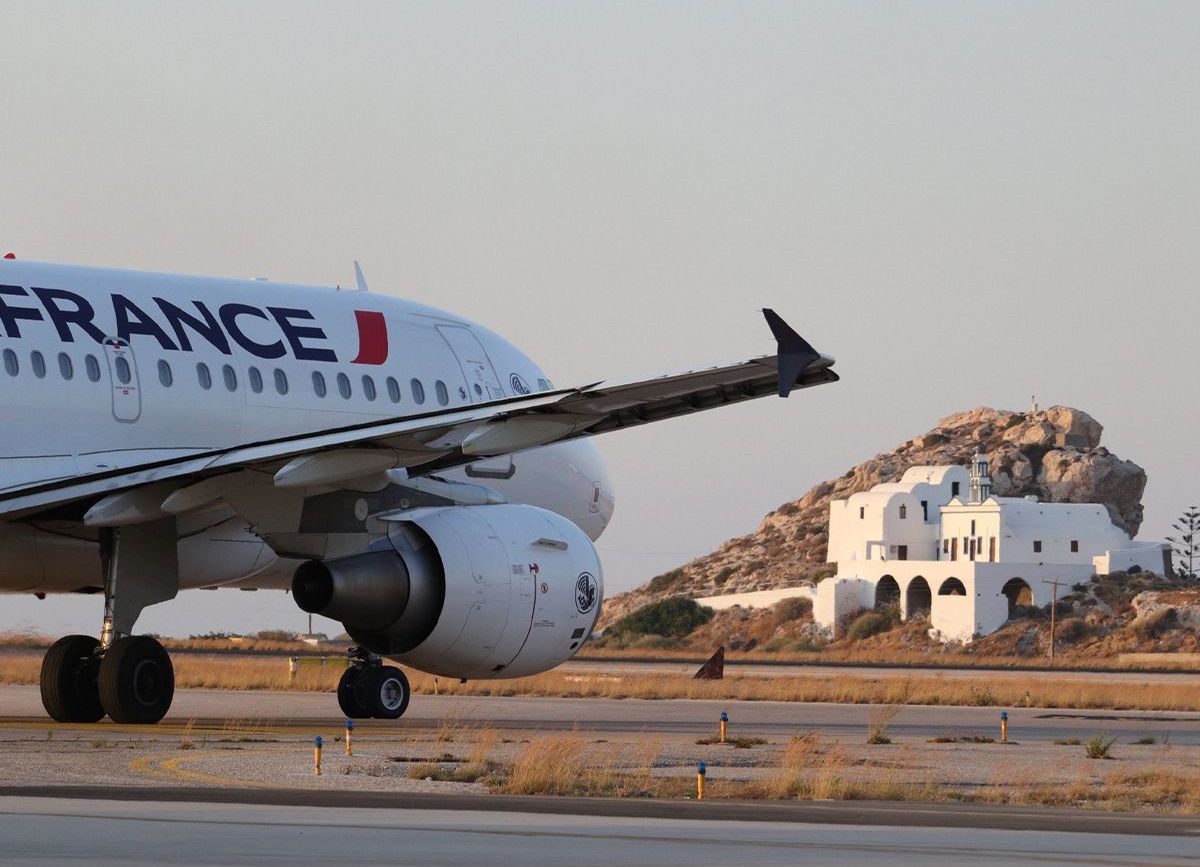 Greek summer is stronger than ever with the country’s 14 regional airports marking an 11.1 percent increase in passenger traffic to 5.91 million compared to 5.32 million in July 2019, before the onset of Covid-19.

Airport traffic has been on a steady rise since June when the airports recorded a 3.3 percent rise over 2019 levels. 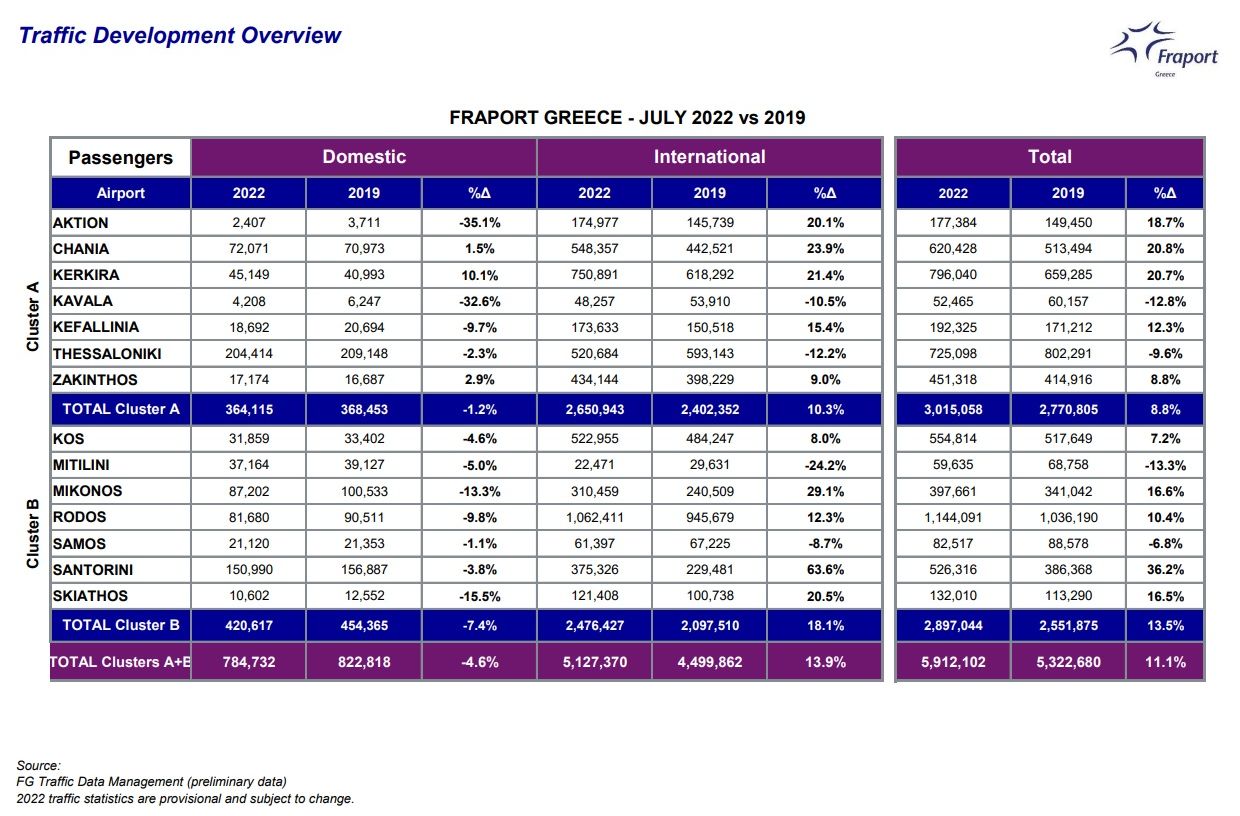 In the first seven months of the year, the 14 regional airports managed by Fraport Greece caught up with 2019 levels handling 16.21 million passengers in total compared to 16.25 million in the January-July 2019 period. 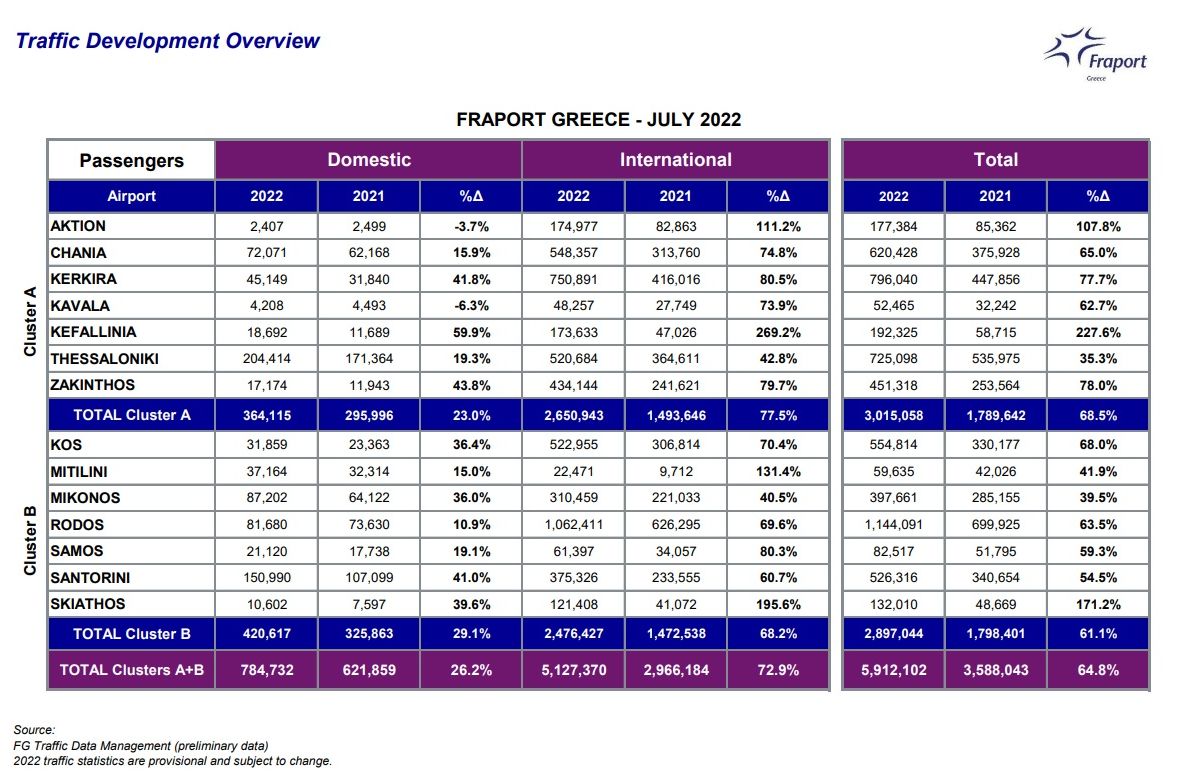 Declines compared to July 2019 were reported at the airports of Thessaloniki by 9.6 percent, Kavala 12.8 percent, Lesvos 13.3 percent and Samos 6.8 percent. 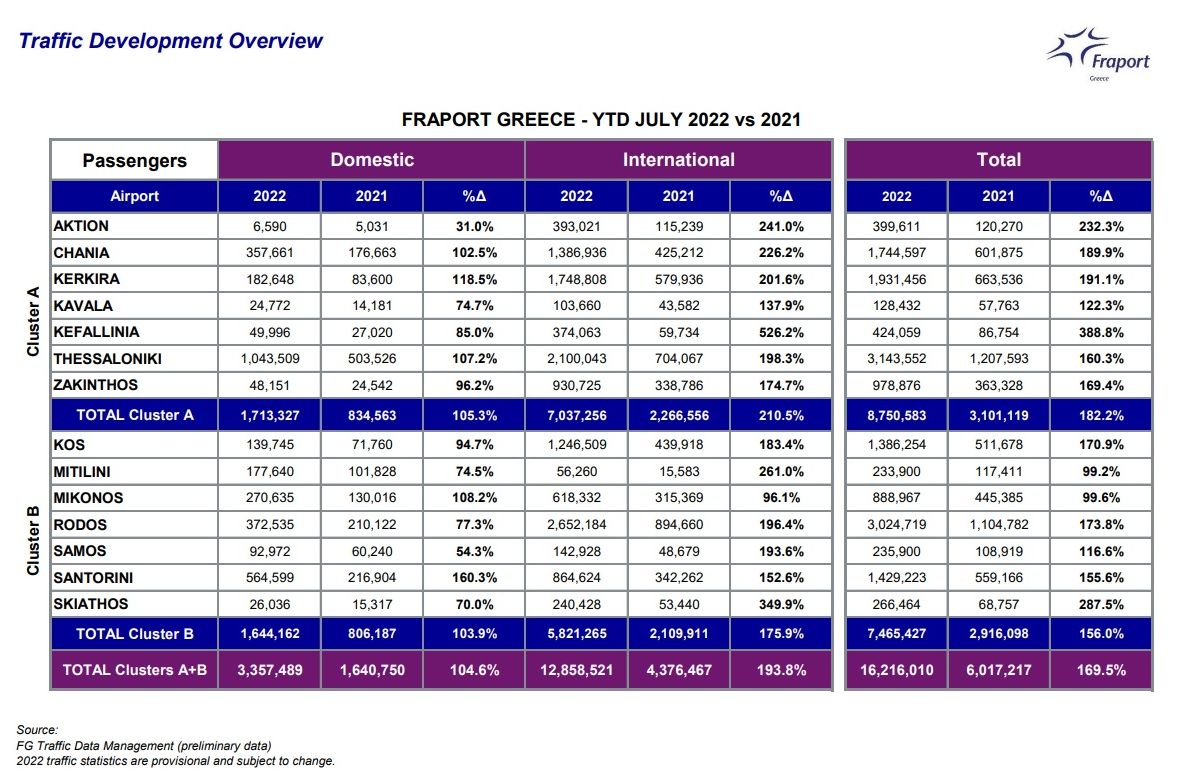 Airports with a positive performance in the seven-month period over 2019 levels include those at popular destinations such as Santorini, Mykonos, Skiathos, Rhodes, Chania, Corfu, Kefalonia and Zakynthos.

Fraport Greece operates airports on some of the country’s main holiday destinations including on the mainland – Thessaloniki, Aktion, and Kavala – and on the Greek islands – Crete (Chania), Corfu, Kefalonia, Kos, Mykonos, Lesvos, Rhodes, Samos, Santorini, Skiathos and Zakynthos.

Commenting on the news, Tourism Minister Vassilis Kikilias said via his twitter account that the “upgrade of the tourism product strengthens the economy, creates new jobs, feeds hundreds of professions and supports the average Greek family”.