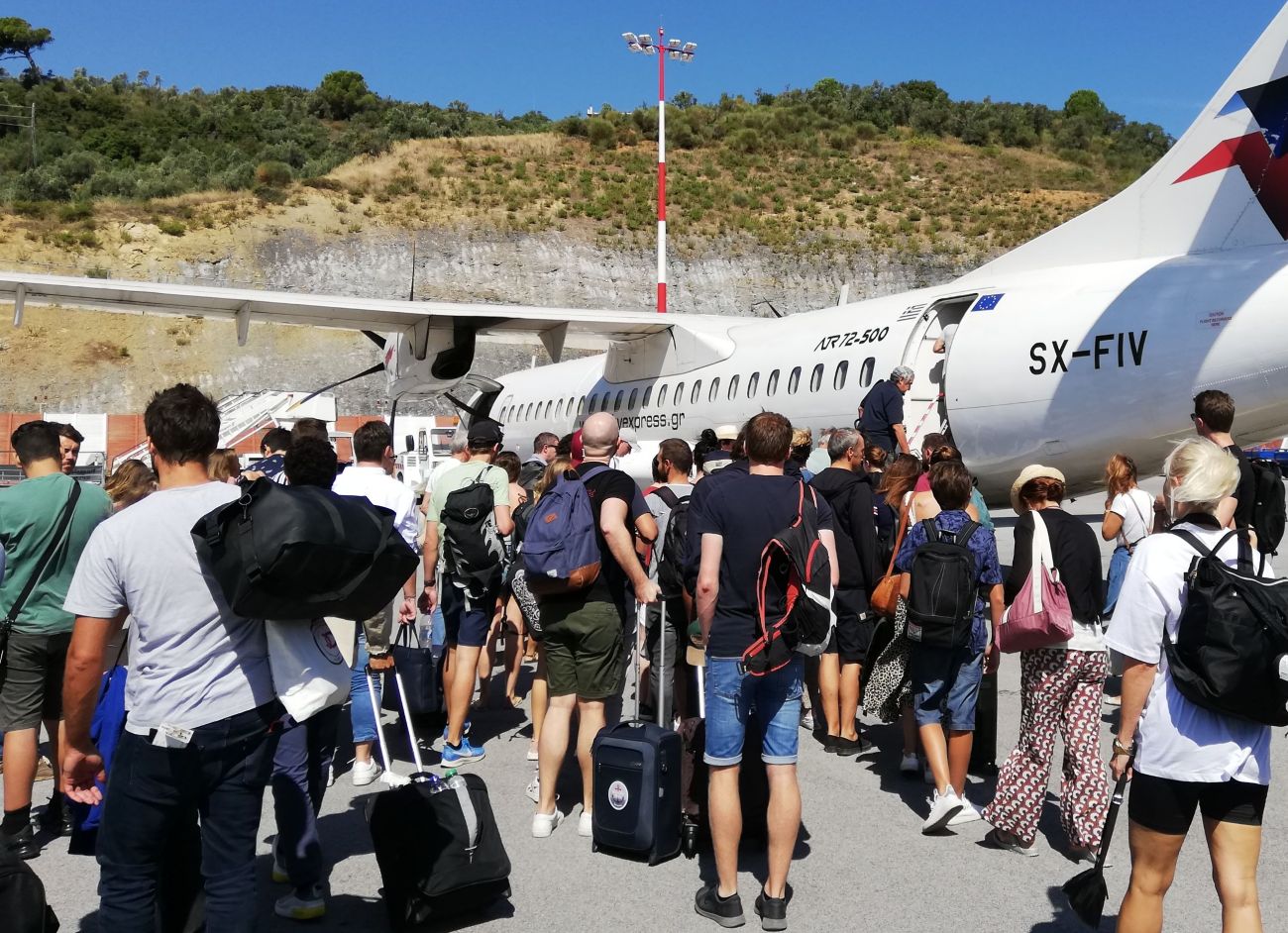 June’s air traffic at Greece’s 14 regional airports managed by Fraport exceeded the performance of the same month in 2019 by 3.3 percent.

According to data released by Fraport Greece, over 4.6 million travelers passed through the 14 airports last month, compared to 4.4 million in June 2019, a year before the Covid-19 pandemic. 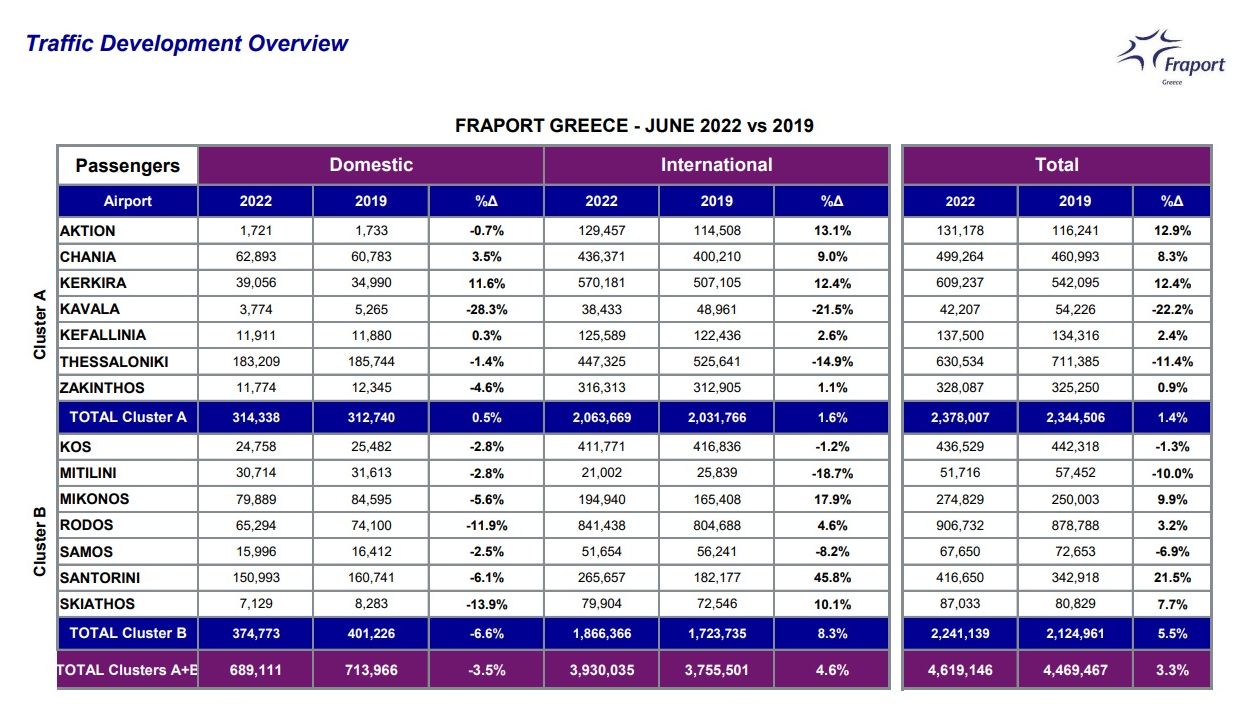 The airport on Greek island of Santorini recorded the largest increase in June with passenger traffic jumping by 21.5 percent compared to the same month in 2019, reaching a total of 416,600 passengers.

The airports on Mykonos and in Chania, two of Greece’s most popular tourist destinations, last month saw passenger numbers rise by 9.9 percent and 8.3 percent, to 274,800 and 499,200 people respectively. 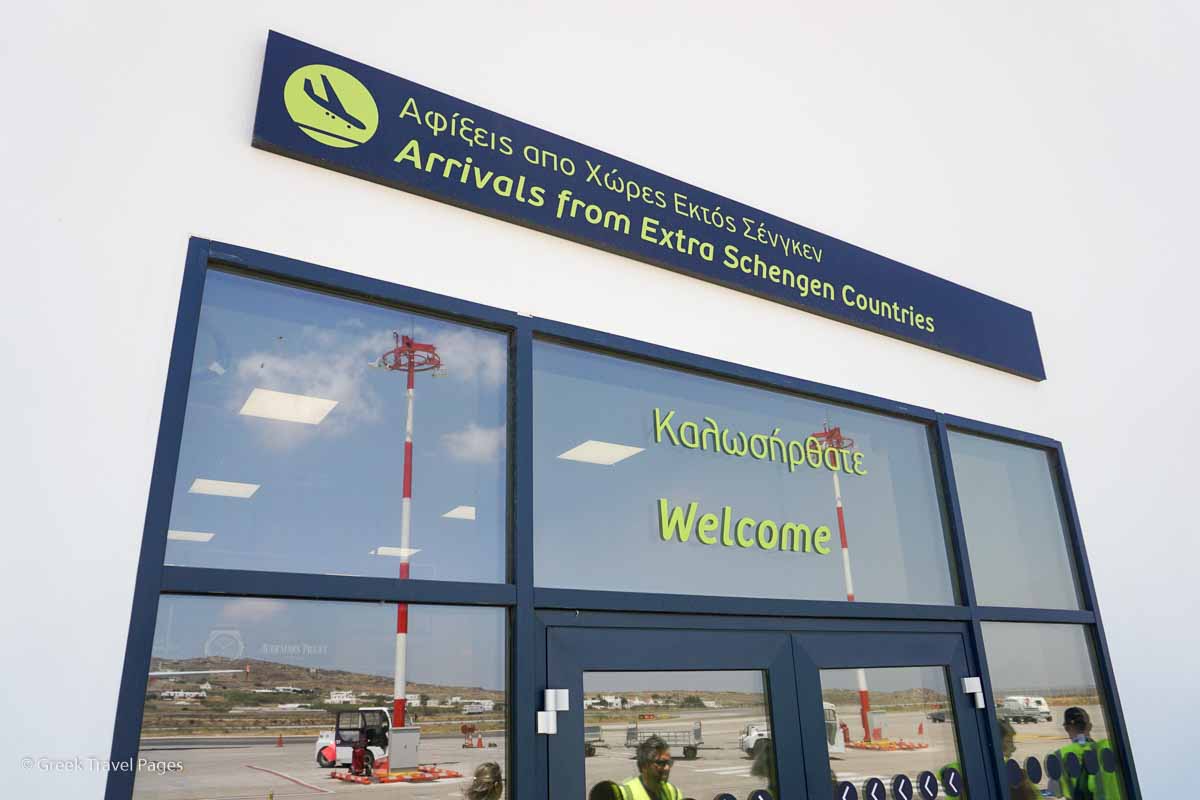 The airports of Skiathos, Rhodes and Kefalonia also recorded a rise in in passengers last June, compared to the same month of 2019, by 7.7 percent, 3.2 percent and 2.4 percent respectively.

With regard to passenger traffic at the 14 airports during the first six months of the year, numbers were lower compared to the corresponding period of 2019. 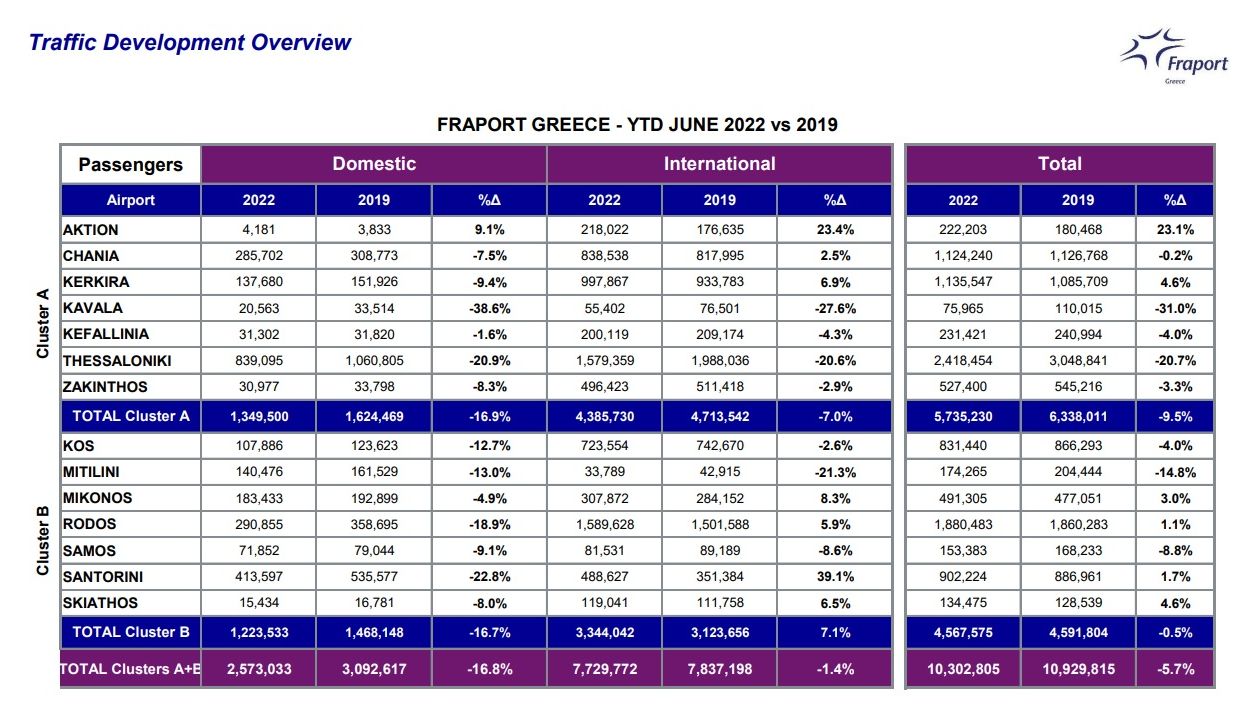 It should be noted that when comparing last month’s data with June 2021, when the effects of the pandemic were still high, passenger traffic at the 14 airports this June was up by 213 percent. Moreover, the rise in passenger traffic when comparing this year’s January-June figures with the corresponding six-month period of 2019, the increase reaches 324 percent.

According to Fraport Greece’s data, the most arrivals in August were from the UK, Germany, Italy, Poland, the Netherlands, France, Sweden, Denmark, the Czech Republic and Austria.