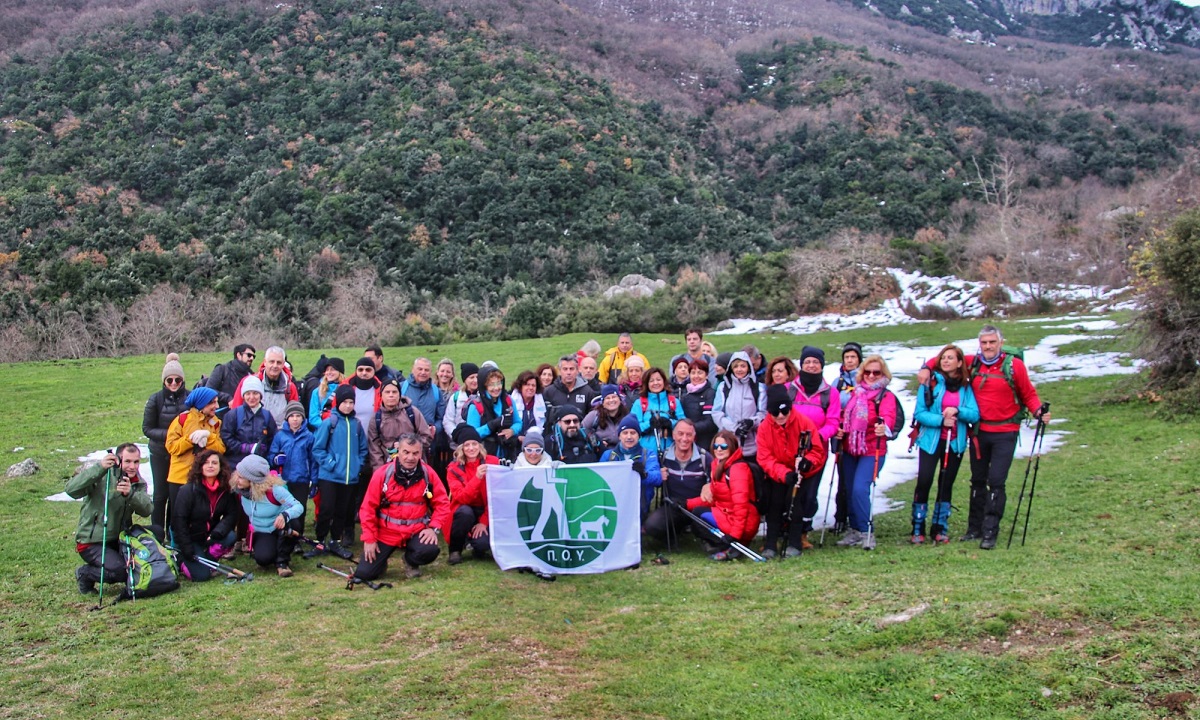 Ahead of the 5th Greek Trails Meet to be held later this year in the Athens suburb of Kaisariani, the municipality aims to officially present Hymettus Trail to the public completed and up to par with international standards.

Spearheading the efforts is the Hymettus Hiking Association (POY), which for the past six years has been bringing people interested in hiking and walking closer to the Attica mountain with a series of educational events and initiatives.

“Our group started off by chance. In 2015, we started by trying to convince people out of having coffee all day and into walking. And it worked. We found that it made us feel so much better,” Manos Kitsellis, deputy Kaisariani mayor responsible for education, tourism and ecology, tells GTP Headlines.

“So what started off as fun has now grown into a group of people that goes to Mt Hymettus every Sunday and is open to anyone interested in coming closer to nature and meeting others like them,” said Kitsellis, who is the president of POY. 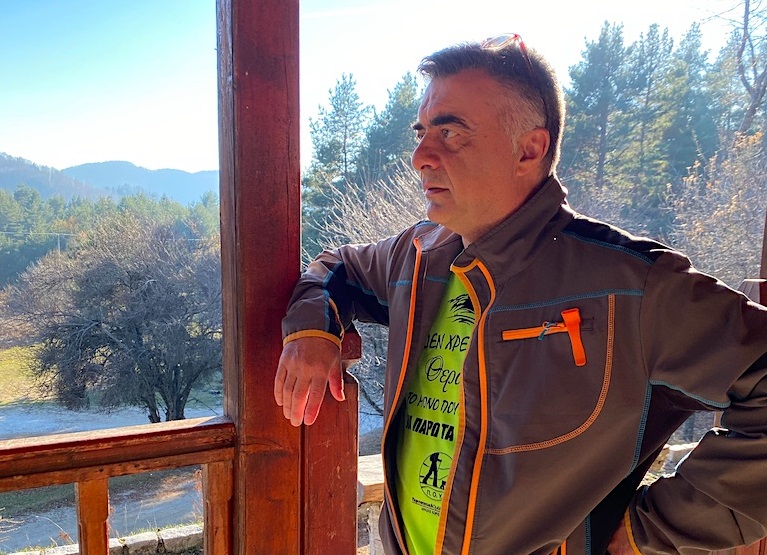 The association, in collaboration with other stakeholders including the municipality, the forestry department, the Union for the Protection and Development of Hymettus (SPAY), cyclist associations, the newly formed Natural Environment and Climate Change Agency (NECCA), and other local authorities have come to the table to find ways to make Mt Hymettus trails safe and accessible to the public while at the same time protecting the natural environment.

Working Together for Mt Hymettus Trails

“For us it’s important to start from somewhere. POY believes in cooperation – we are all part of the puzzle,” he says.

Currently, Mt Hymettus is under the jurisdiction of 11 municipalities, which could cover 110km of trails in total. But agreement, funding and bureaucracy have made it difficult for the entire project to be completed as a whole.

On its part, POY, which currently numbers some 200 active members and is growing fast, aims to have completed works on the trail by spring including signposting, creating 5,000 maps of the trail and an application.

Hymettus Trail is also aiming to receive European Ramblers’ Association (ERA) certification as have other trails in Greece including the Menalon Trail in Arcadia, Peloponnese, and Halkidiki trails, among others.

“The project concerns 15km of the trail which belongs to the municipality of Kaisariani. The work will be done by volunteers and we have agreed once everything is completed, tests carried out, and the trail meets all the standards, to hand over a file of our results and experience to SPAY so that it can be used as a model for the development of the remaining trails on Mt Hymettus,” Kitsellis tells GTP Headlines.

Hymettus is preserved under the EU Natura 2000 protected areas network and several associations including SPAY and POY have been raising awareness to the need for utilization and protection of the mountain.

“For us, Hymettus is an ideal ground for nature-oriented and educational activity. Our group was the first to hike the mountain in an organized manner and do lots of volunteer work cleaning and signposting and raising awareness on the importance of protecting the mountain but also of hiker etiquette. And we are proud to have set an example that many other groups have followed,” Kitsellis tells GTP Headlines. 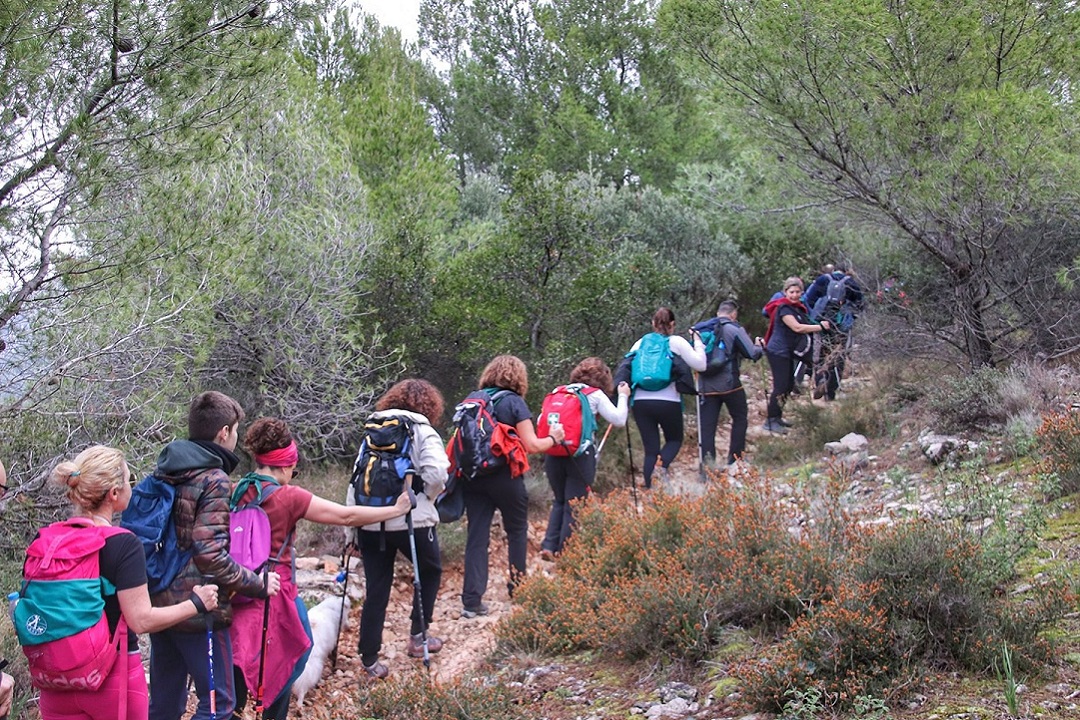 Looking ahead, Kitsellis aims for POY to educate young kids with thematic day events and bring schools closer to the trail. “They will be able to adopt a segment of the trail which they will be responsible for with volunteer projects,” he says.

He also wants to bring more people to nature, something which he said Covid-19 helped to do. “The goal now is to keep them coming,” he says, adding that every Sunday, 30 percent of the participants in POY’s three-hour educational hikes are newcomers.

“This way we hope to instill a love for nature,” says Kitsellis, who is a high school IT teacher, an avid hiker and former boy scout. Among others, he is also counting on the Hymettus Environmental Education Center, located next to Kaisariani Monastery, to soon be fully operational. 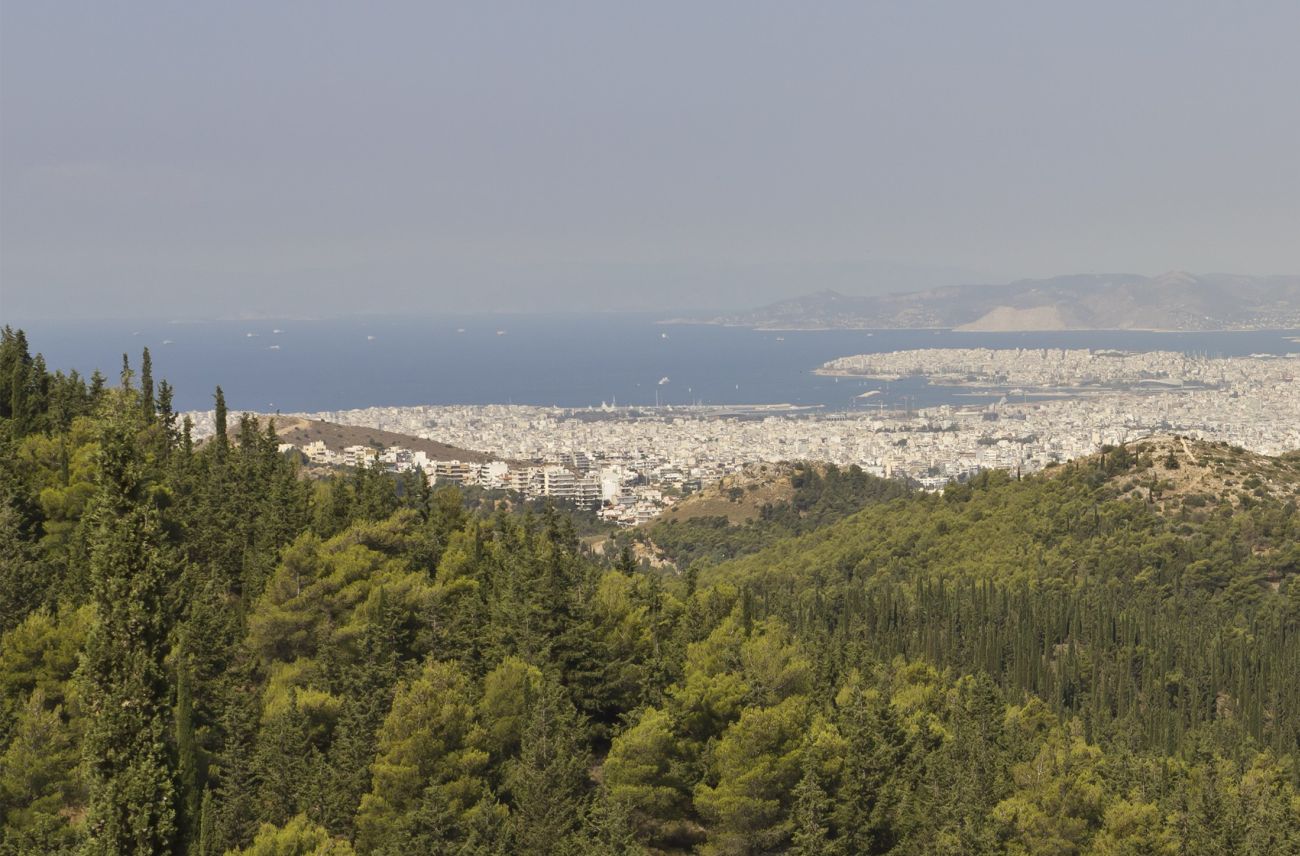 View from Kaisariani Hill looking towards Athens, with Salamis visible in the background. Photo by A.Savin (Wikimedia Commons · WikiPhotoSpace)

In the fall, the municipality of Kaisariani will be hosting the 5th Greek Trails Meet as part of the 100-year anniversary of the 1922 Asia Minor Catastrophe.

Last November, hiking associations from all of Greece met in the Eastern Macedonia and Thrace Region  to lay the groundwork for the development of hiking into a comprehensive tourist activity that can generate revenues for the country and local communities.

If you’re interested in hiking or walking Mt Hymettus in Athens, POY holds three-hour hikes every Sunday. Find out more on their Facebook page or site. Group leaders speak English and have been trained by the Red Cross and in civil protection.

Exhibition Dedicated to Melina Mercouri to Open in Athens