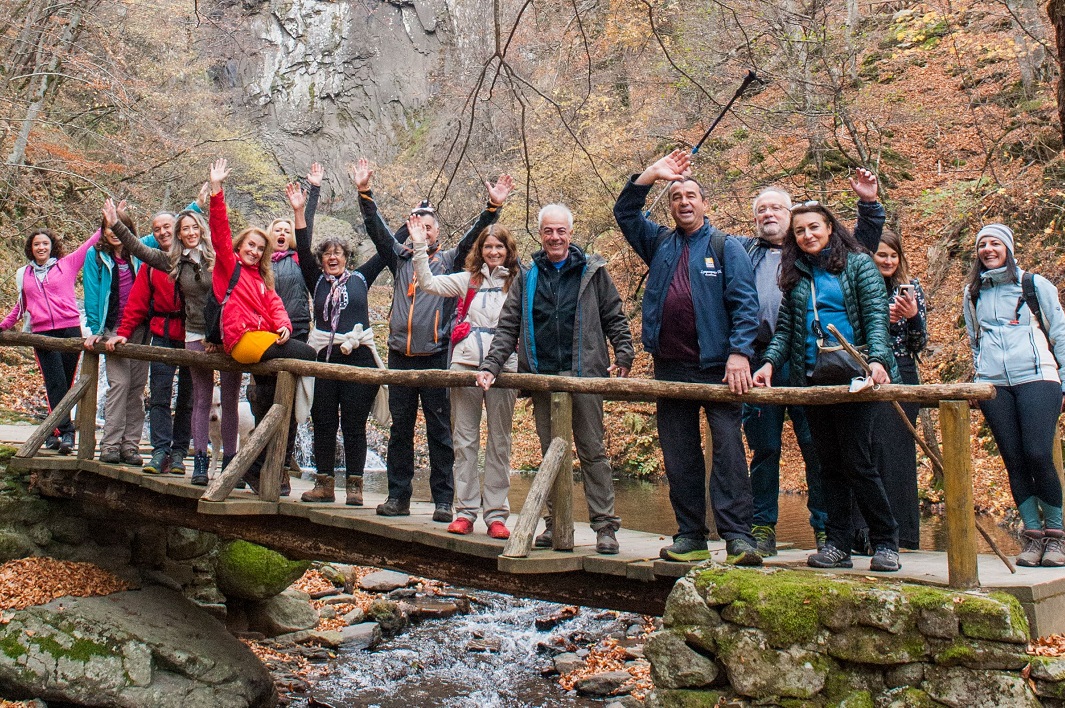 Members of the participating hiking associations during their trek along the Nestos Rodopi Trail to the Livaditis Waterfall. Photo @ City of Xanthi.

Hiking associations in Greece met in the Eastern Macedonia and Thrace Region last week to lay the groundwork for the development of hiking – up until now a form of recreation – into a comprehensive tourist activity that can generate revenues for the country and local communities.

Hiking clubs (many certified by the European Leading Quality Trails) from Andros, Kythera, the Peloponnese, Epirus, Pelion, Amorgos, Rodopi, Attica, Salamina, Pindus, Sithonia, and Kastoria; mapping companies, alternative sports services providers, hikers and volunteers from across Greece attended the 4th Greek Trails Meet (both in person and virtual) organized by the City of Xanthi to discuss the creation of a single body that will bring all of Greece’s hiking, rambling and walking associations under a single umbrella and represent them at high-level decision-making. 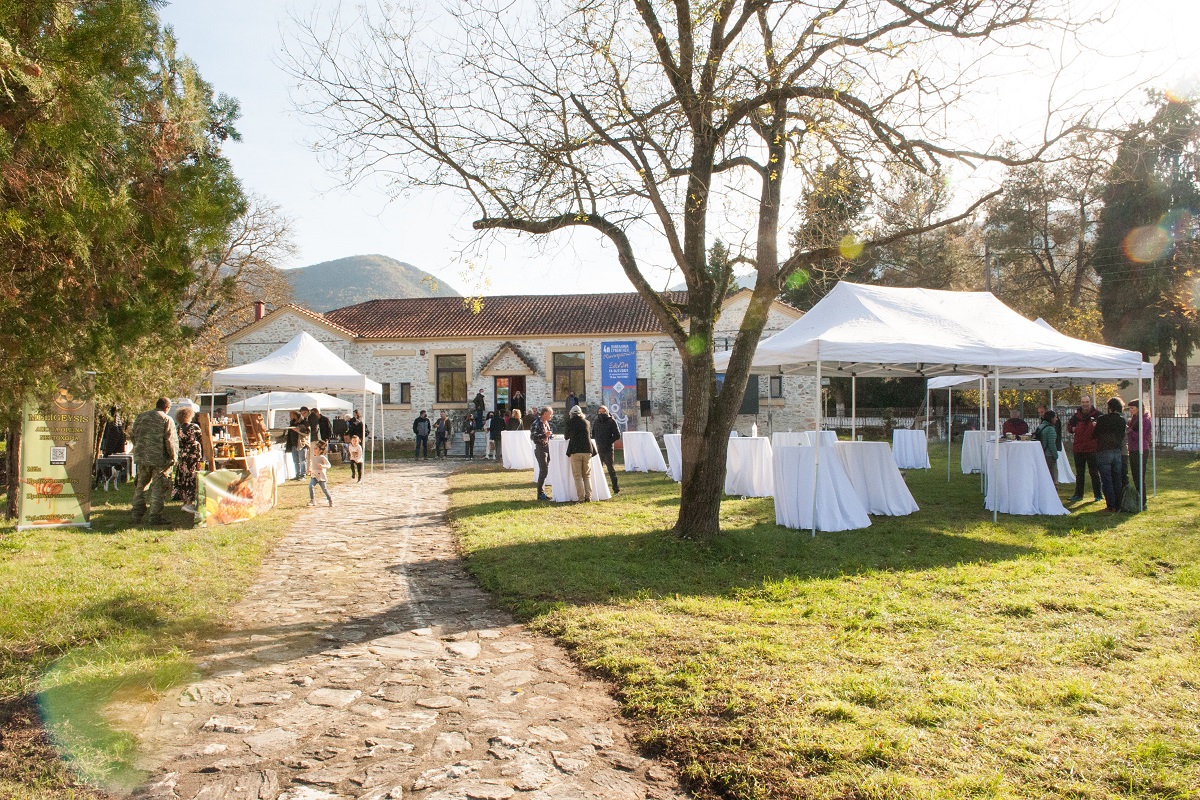 Other issues discussed during the four-day hybrid event included:

– the creation of new trails after a growing demand for outdoor recreation, particularly over the past two years as a result of Covid-19 lockdowns

– crafting a comprehensive tourism product that will have hiking at its core and include parallel experiences such as gastronomy, history, and cultural heritage

– setting up a trail registry to protect against property encroachment

– recognizing hiking as a form of sport and designating trails as intangible cultural heritage in the example of the art of dry stone walling, known as “xerolithia”, which has already been included on UNESCO’s Intangible Cultural Heritage of Humanity list. 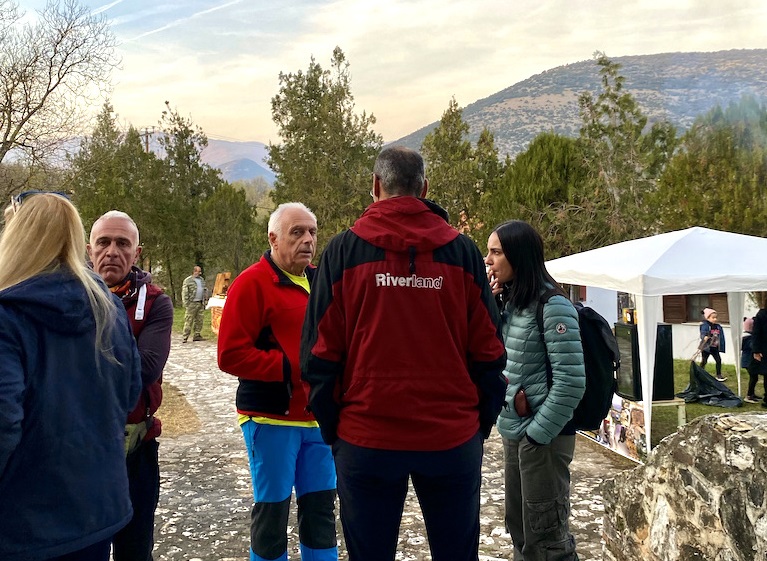 “Our goal in collaboration with the region is to set the framework that will develop and promote our trails. Priorities include assigning responsibilities and powers, commissioning studies, opening up new trails, identifying European funding programs, promoting recreation and health through hiking,” Xanthi Mayor Manolis Tselepis told GTP Headlines. 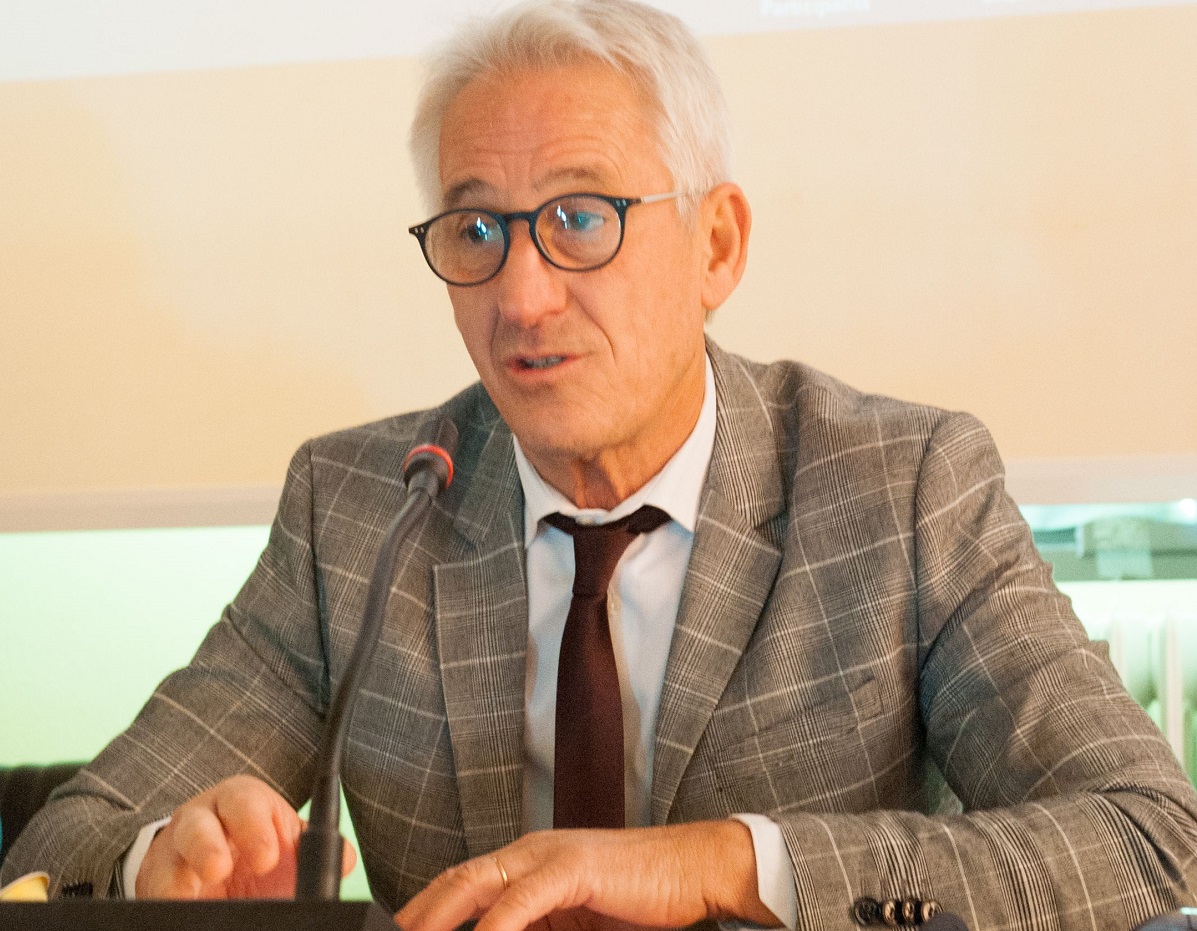 Tselepis went on to add that incorporating hiking into the tourist experience can showcase many aspects of the region and as a result boost local economies. He went on to stress the importance of a unified, coordinated and substantial approach to the promotion of hiking tourism in Greece and abroad”.

“This form of alternative tourism can attract to one area up to 30,000 visitors, annually; people who are systematically engaged in walking tourism,” he said.

The mayor of Xanthi also welcomed the idea of a single body that will serve as an umbrella for all associations and that will work “collectively” to uncover and tap into a wealth of paths and nature settings in Xanthi and across Greece.

“Hiking tourism can be a source of extroversion, employment and sustainable development for local communities,” said Tselepis, adding that “such actions should be included in municipal and regional technical programs.”

He clarified however that though municipalities are financed by European programs for the development of relevant infrastructure, they do not receive funding for their maintenance, which he said is a basic condition for the development and utilization of alternative forms of tourism. 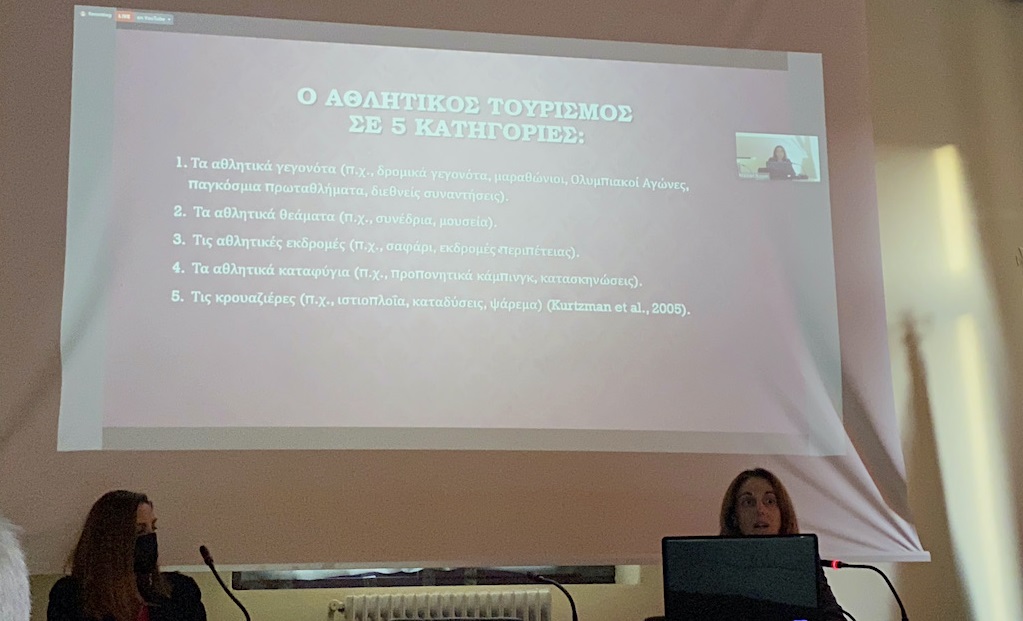 A key issue addressed during the 4th Greek Trails Meet in Xanthi was finding ways for hiking networks and ramblers clubs to self-fund, said Kalliopi Papadaki, the national coordinator of sustainable mobility at Greece’s environment ministry. She went on to refer to the potential of linking hiking activities with the primary sector as well as creating easier trails that can cater to older travelers.

She admitted that processes in the public sector were slow, confirming however that promoting and marketing hiking activity as well as certification were being discussed at the ministry.

Give the Forest Back to People Who Know It

The man behind the Menalon Trail and a pioneer of hiking in Greece, Ioannis Lagos echoed the mayor, underlining in his presentation the importance of designating the country’s trails on a registry (ktimatologio) to ensure in this way not only their protection, preservation and maintenance, but also clarifying who is responsible for what. 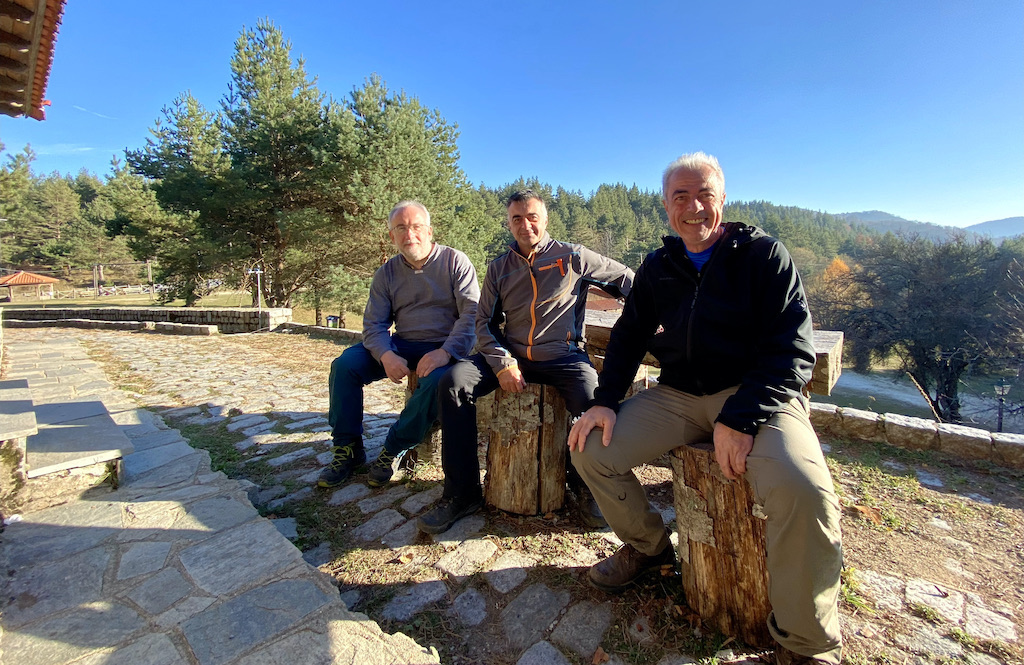 Lagos also stressed the importance of handing over the partial management of forests and woodland to hiking associations and nature groups and creating forestry cooperatives, particularly in view of imminent climate change and devastating fires.

“We’ve requested from [alternate environment minister Giorgos Amyras to be granted the co-management of forestland. This would have multiple benefits including creating a sharing economy/green energy model through lumber and logging, ensuring the prevention of forest fires as most volunteer hikers are already responsible for cleaning the trails, creating jobs and keeping people in the villages,” he said. 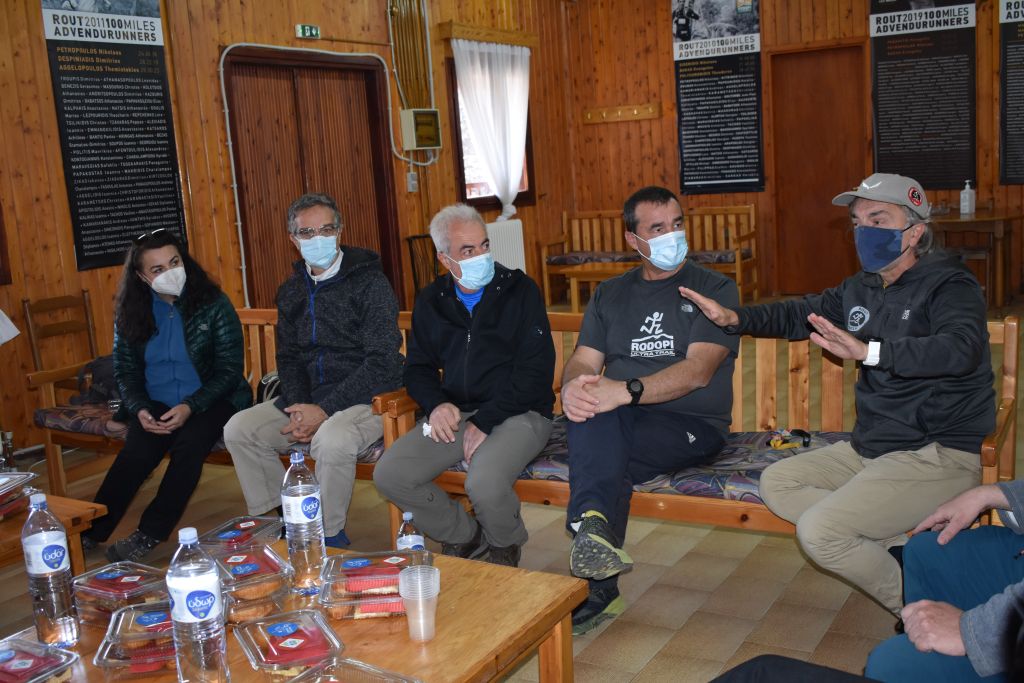 Association heads discuss the next steps of Greek hiking during a meeting at the Environmental Education Centre – Erymanthos Forest Village in the mountains of Rodopi, Xanthi. Photo @ City of Xanthi.

Hiking in Greece and Education

Manos Kitsellis, the deputy mayor of Kaisariani and president of the Trekking Team of Hymettus referred to the importance of education in the further development of hiking. In this direction, he suggested introducing classes at schools, establishing a relevant college-level studies program, which will in turn create interest and jobs.

Along the same lines, assistant professor at the Department of Physical Education and Sport Science at the University of Thrace, Georgia Yfantidou said that for the first time sports tourism and cultural tourism were being combined into a comprehensive tourism experience with significant long-term benefits and involvement of local communities. 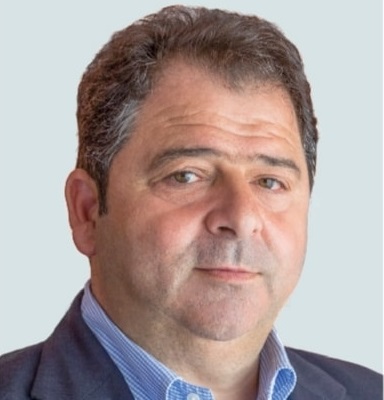 The four-day event came to a close with treks among centuries-old beech trees in the forest of Haidou, a designated Preserved Monument of Nature, in the mountains of Rodopi. The City of Xanthi is responsible for the certified Nestos Rodopi Trail.

The 5th Greek Trails Meet will be hosted in 2022 by the municipality of Kaisariani, as part of its 100-year anniversary of the 1922 Asia Minor Catastrophe.