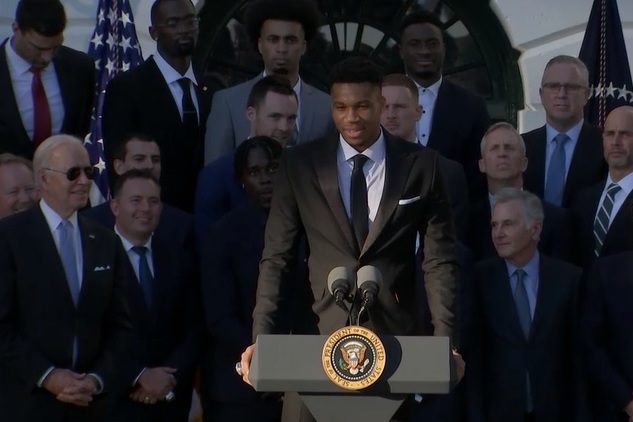 Βasketball superstar Giannis Antetokounmpo made Greeks worldwide proud with his speech this week at the White House, when the Milwaukee Bucks became the first NBA team to visit since 2016.

US President Joe Biden welcomed the Milwaukee Bucks to the White House to honor the team for its 2021 NBA Championship and for its active role in encouraging Covid-19 vaccination and its stance following the 2020 police shooting of Jacob Blake. 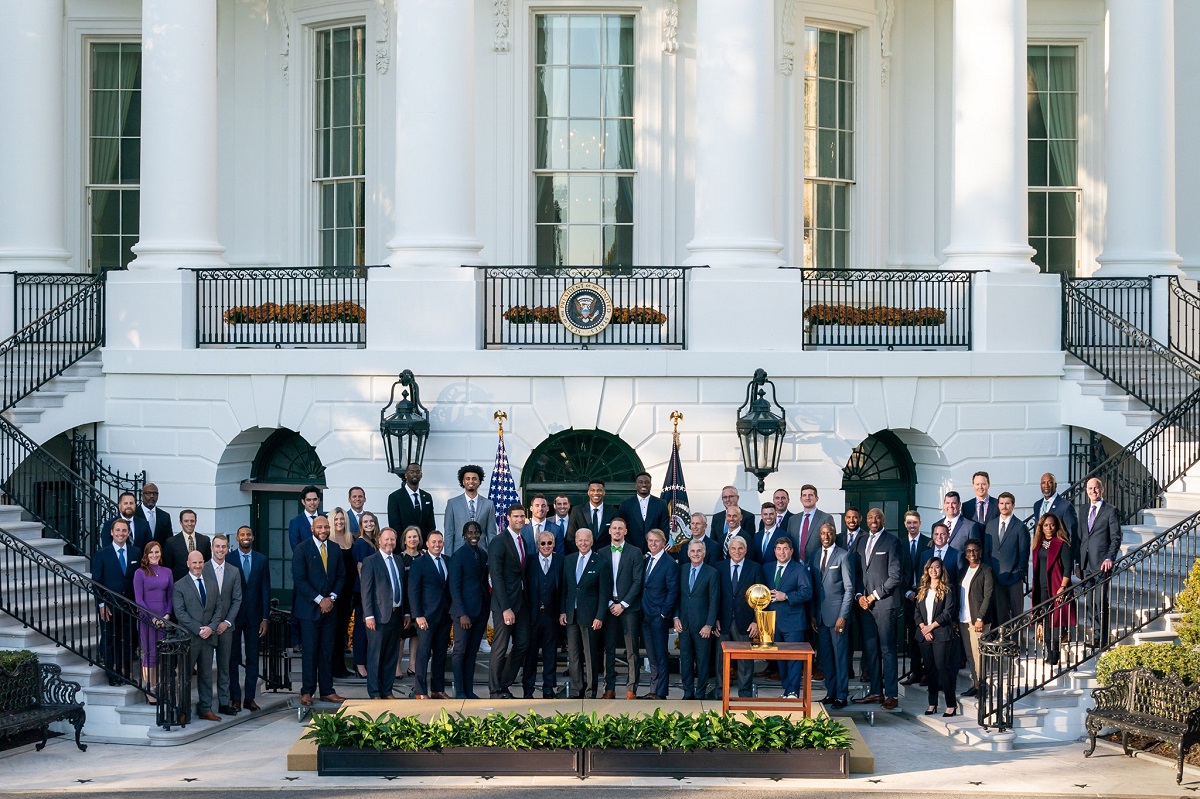 Lovingly known as the “Greek Freak”, 26-year-old Antetokounmpo spoke on behalf of his team and thanked fans and the Bucks for their support.

“For everybody out there, this is a great example that with hard work, with sacrifices, if you dedicate yourself, waking up every single day and try to get better in anything you do, in anything you love, and believe in your dreams, you can accomplish great things in life. … I’ve done that my whole life. And I’m in the White House. You can never take moments like that for granted. Without hard work, it would not be possible,” he said. 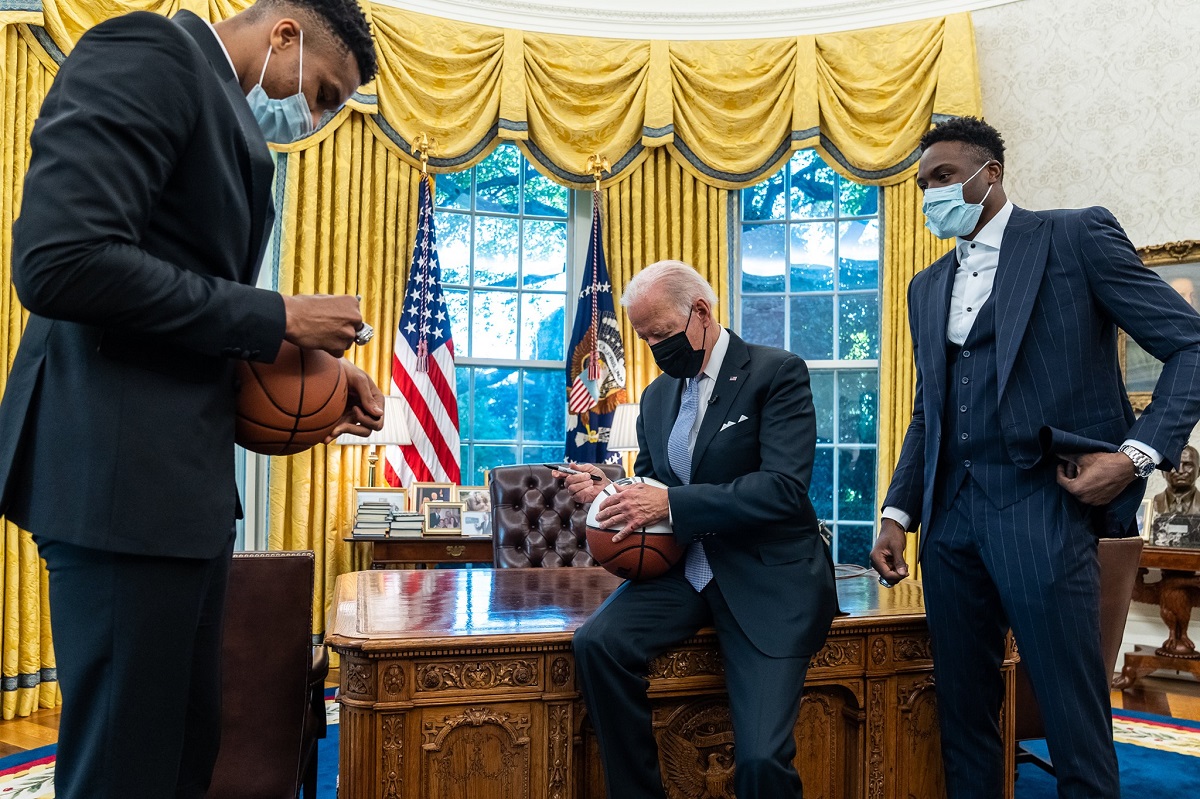 The superstar and two-time NBA Most Valuable Player who took the Bucks to the NBA championship and is role model for thousands of kids back home in Greece, posted photos of his White House visit beside his brother remarking: “What an awesome experience!! Unbelievable journey”. 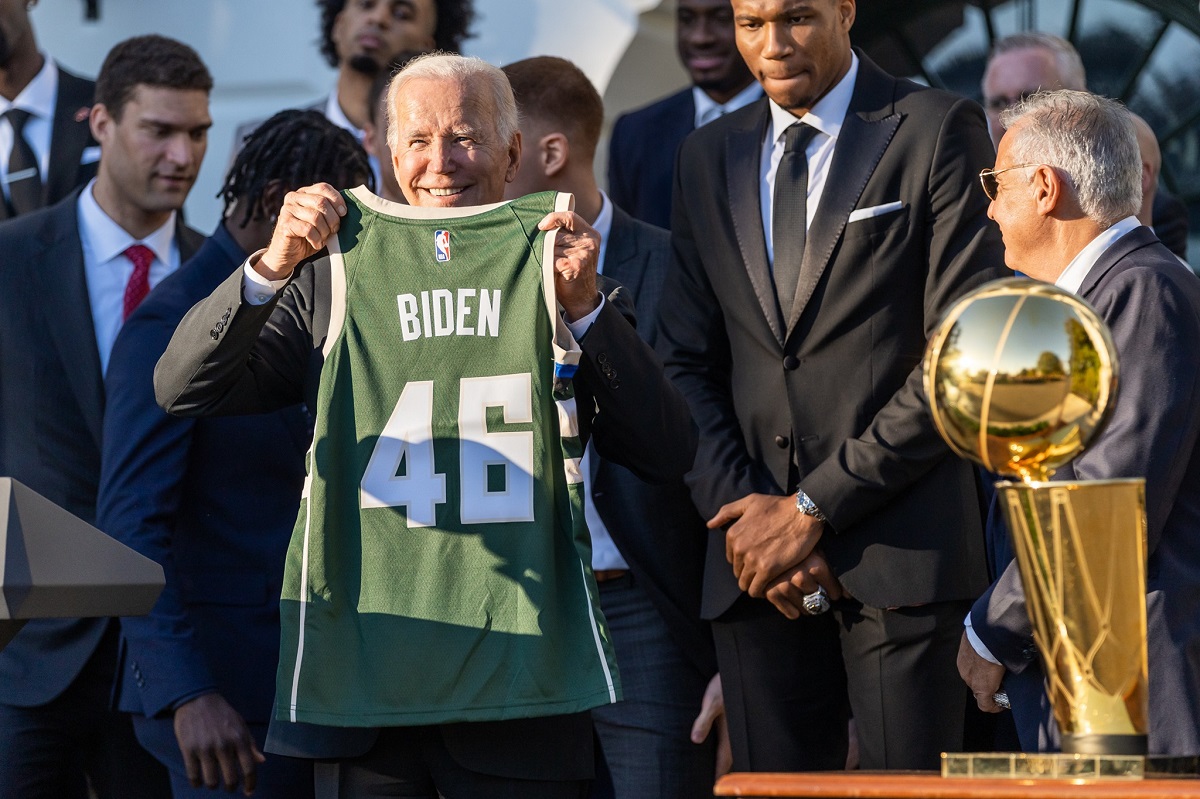 “What makes it even more special is you won the title with your brother, who is here today. And you join another brother already with a ring. What a hell of a family. Sons living the dream of an immigrant family from Nigeria and then Greece in search of new opportunity. In struggles, they always dreamed. Brothers who once had to share the same basketball shoes, all five of them, before they got to the NBA,” the US president added. 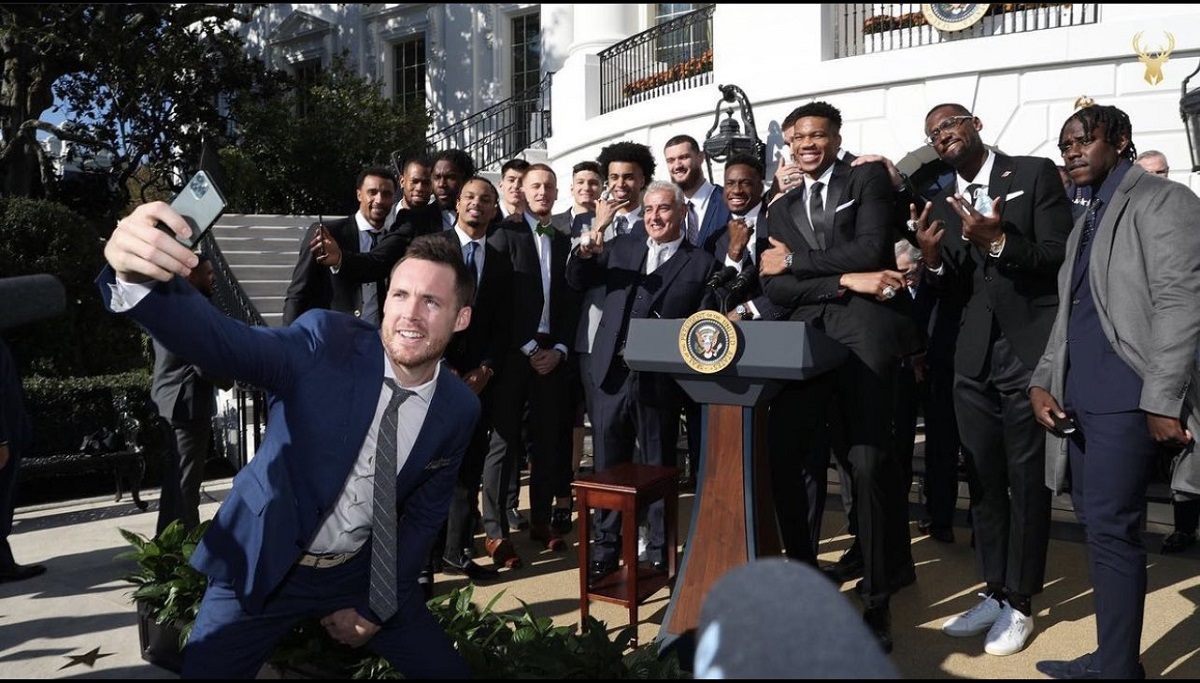 Antetokounmpo was born in Athens, Greece, to immigrants from Nigeria. He shot his first hoops in the inner-city Athens neighborhood of Sepolia, making the NBA draft in 2013. From there he took the world by storm.

The Bucks are the first team to visit the White House in five years after a decision by Donald Trump to stop the annual tradition.

EU Takes Singapore and Ukraine Off Safe List for Travel