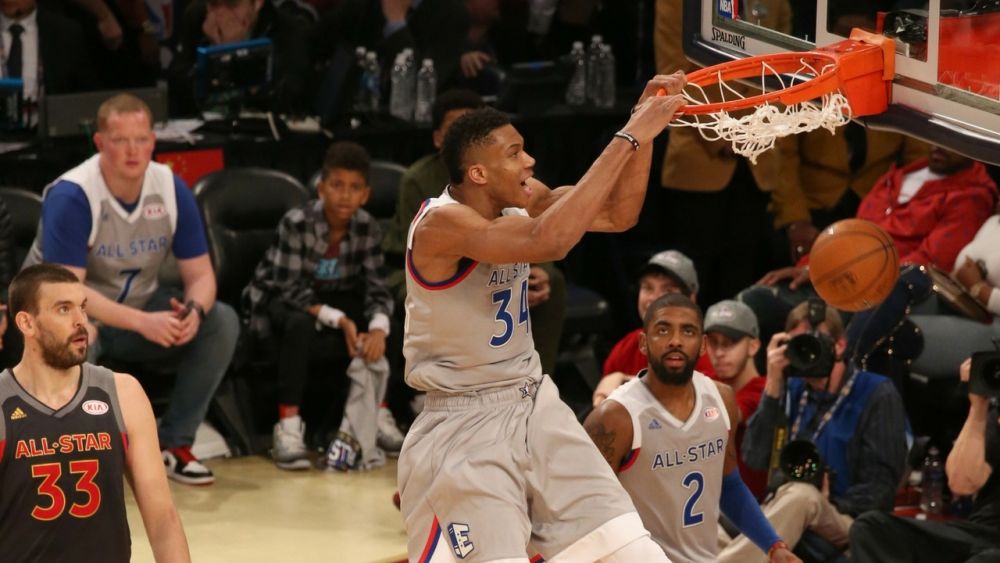 Greece’s very own NBA star Giannis Antetokounmpo is turning into the country’s best tourism ‘marketeer’ achieving with every stellar slam dunk to send US travelers flocking to his homeland Greece.

Lovingly known as the “Greek Freak”, Greek-Nigerian All-Star Antetokounmpo, who stole the show during the 66th NBA All-Star Game between East and West thanks to his astonishing dunks, wowed even more during New Orleans festivities that brought together the NBA’s top brass.

According to Athens News Agency reports, US tour operators and agencies are seeing peaked interest in holidays to Greek destinations thanks to the ”visibility” of Greece via Antetokounmpo’s basketball feats.

Meanwhile, 22-year-old “Greek Freak” Antetokounmpo has hit the social media as hard as he’s hit the courts with photos of Greece and the Greek flag going viral. As for media presence? The All Star answered last week’s media questions in Greek, telling Greek reporters that he would prefer an international medal to an NBA MVP award or title “because it will stay forever in Greece”.