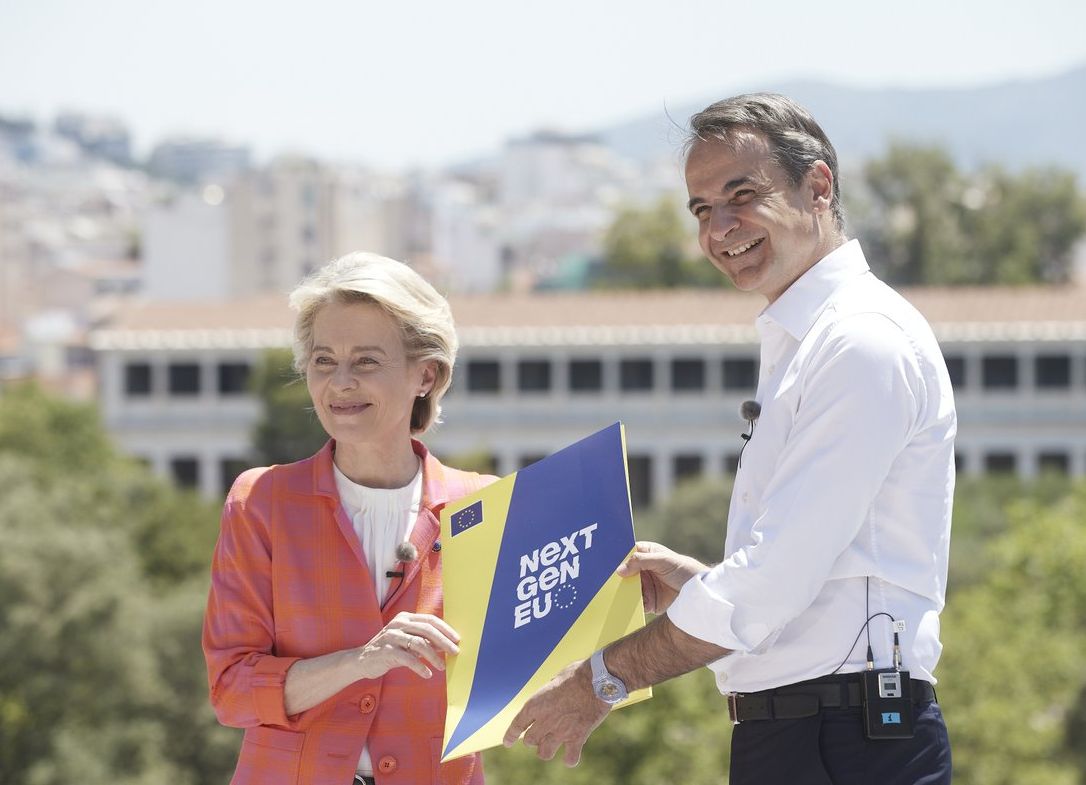 The European Commission announced on Monday that it had released 4 billion euros in pre-financing to Greece as part of the EU’s post-Covid-19 Recovery and Resilience Facility (RRF).

The amount is 13 percent of the total Greece is entitled to under the recovery tool and the country is one of the first receiving a pre-financing payment under the RRF.

The advance funds are aimed at jumpstarting the implementation of crucial investments and reforms outlined in Greece’s recovery and resilience plan with emphasis on tackling climate change, according to Alternate Finance Minister Theodore Skylakakis.

“Today, 4 billion euros have been deposited in accounts of the Greek state at the Bank of Greece, an advance of the National Recovery and Resilience Plan ‘Greece 2.0’. These resources, a significant part of which is related to addressing climate change, will be utilized as quickly and efficiently as possible for the benefit of economic recovery, social cohesion and the natural environment of our country,” said Skylakakis on Monday.

The Commission said it will authorize additional disbursements based on the implementation of the investments and reforms outlined in Greece 2.0 plan. 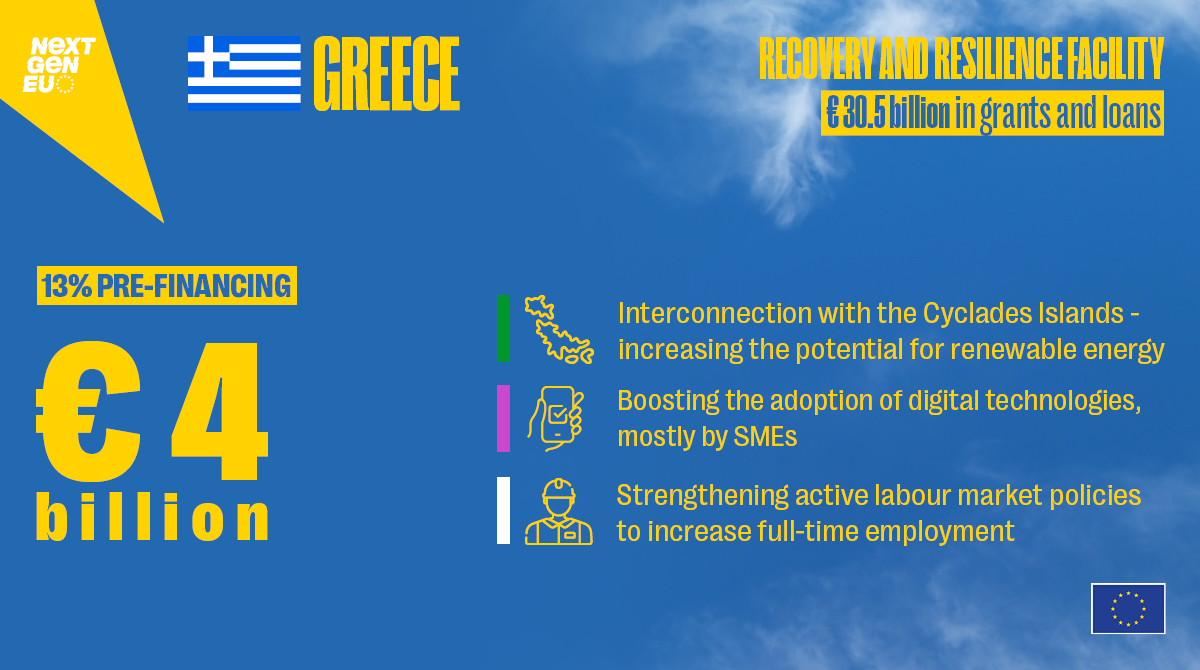 Overall, Greece is set to receive 30.5 billion euros plan – 17.8 billion euros in grants and 12.7 billion euros in loans – to finance investments and reforms that are expected to have a “deeply transformative effect on Greece’s economy and society”, said the Commission announcement.

Key areas of these reforms include securing green transition, supporting the digital transition, reinforcing economic and social resilience. In view of the devastating and ongoing forest fires that broke out in Greece six days ago, the priorities and allocation of funding are expected to change.

“This is the start of the implementation of Greece’s ambitious recovery and resilience plan, Greece 2.0, and the beginning of a greener and more digital future for the country. The European Commission will stand right by your side, to make this plan a success,” said President Ursula von der Leyen.