Greece in State of Emergency as Fires Rage On 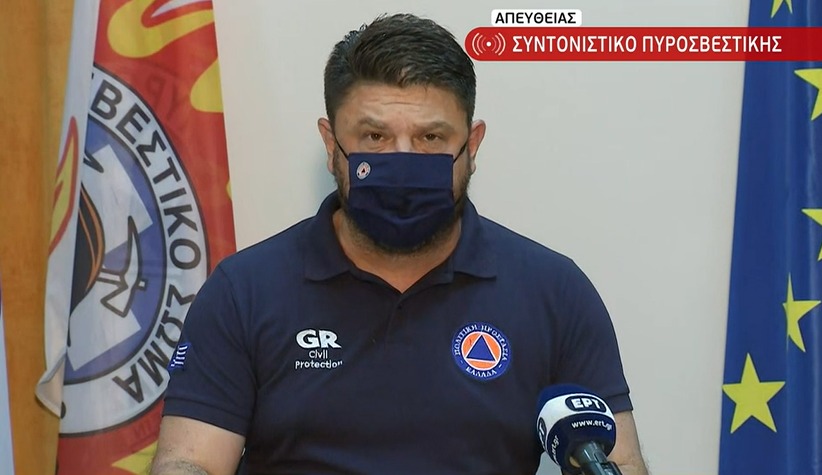 Greece declared a state of emergency on Thursday until August 9 as dozens of fires continued to burn in the wider Athens area, on Evia island, in Central and Northern Greece and in the Peloponnese.

Deputy Civil Protection Minister Nikos Hardalias confirmed on Friday, that there were 56 active fronts. The country will remain in a state of emergency in the coming days due to an even higher risk of wildfires due to stronger winds.

In view of the announcement, Greek authorities issued a ban through to Monday on access to national parks, forest areas, Natura regions and parklands. Violators face fines of up to 1,000 euros. 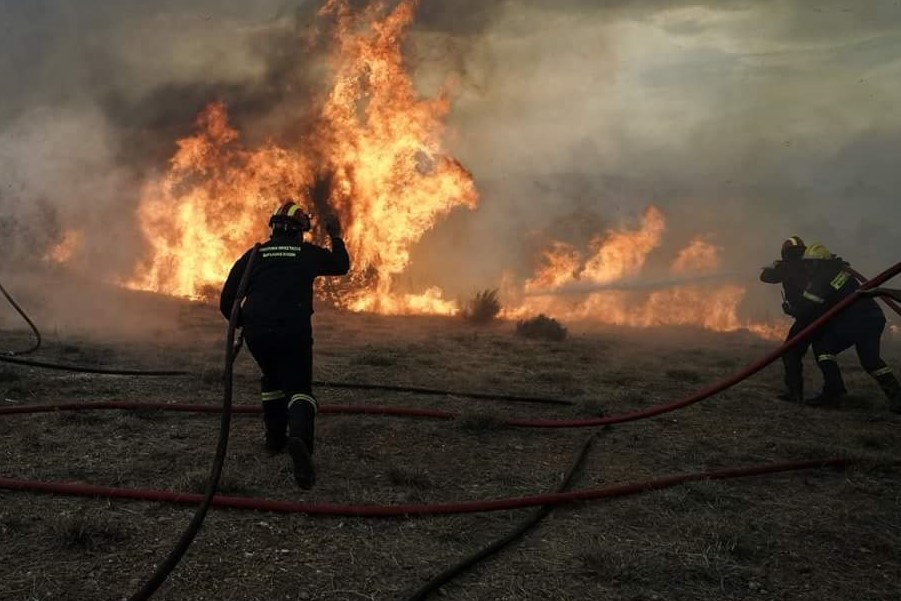 On Friday, fires continued to rage in Attica, burning down homes and cars in areas at the foot of Mt Parnitha, including Kryoneri, Kiourka, and Afidnes. Evacuation was underway in Polidendri, Kapandriti, Malakasa, Sfendali, Lake Marathon and Kalentzi. A volunteer firefighter was reported dead on Friday.

At the same time, Athens residents were advised to limit electrical appliance use and avoid elevators after Greece’s electricity provider announced power cuts across the wider Attica region.

The government is on high alert after winds picked up on Friday making fire-fighting efforts even harder. Speaking to the press earlier today, Hardalias admitted the conditions were “extremely dangerous” adding that the fire in Ancient Olympia, the birthplace of the Olympics and a major tourist site, had rekindled.

The persistent heatwave and north-westerly gale force winds are similar to those that sent wildfires hurling across the seaside resort town of Mati leading to the entrapment and death of hundreds in July 2018.

Under the European Union Civil Protection Mechanism, Greece had into Friday received support from France, Sweden, Cyprus, Romania, and Switzerland.

Meanwhile, in Varibobi, outside Athens, firefighting efforts continued into the night.

Northern Evia, Messinia, Fokida, Eastern Mani, Grevena, Ilia and Ancient Olympia, Parnitha where villages are being evacuated are among the 56 active fronts. Hardalias said on Friday that efforts were being made to stop the flames from moving toward Marathon Lake.