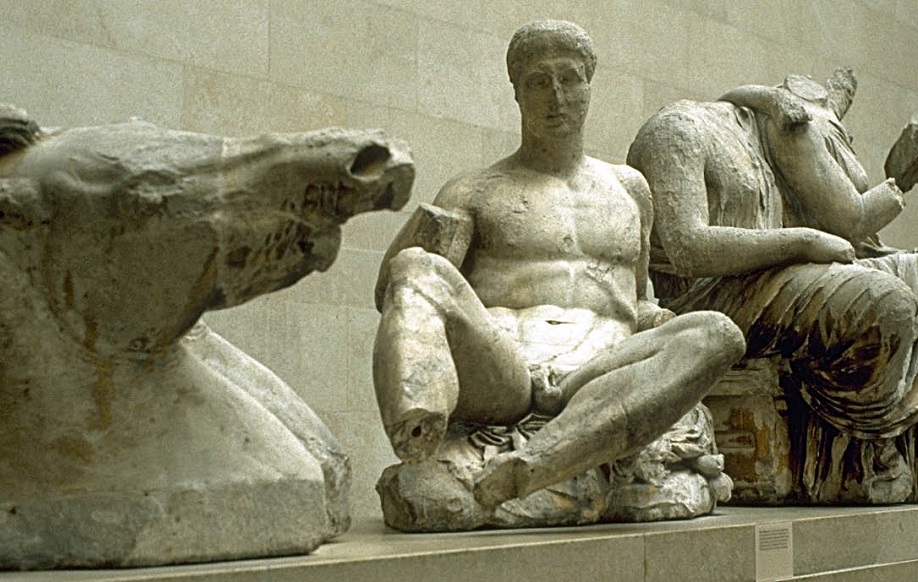 The issue of the Parthenon Marbles has yet again stirred animosity between Athens and London, triggered this time by the refusal of the British Museum’s director to enter any negotiations on their return to Greece, claiming at the same time that Greece is not their “legal owner”. 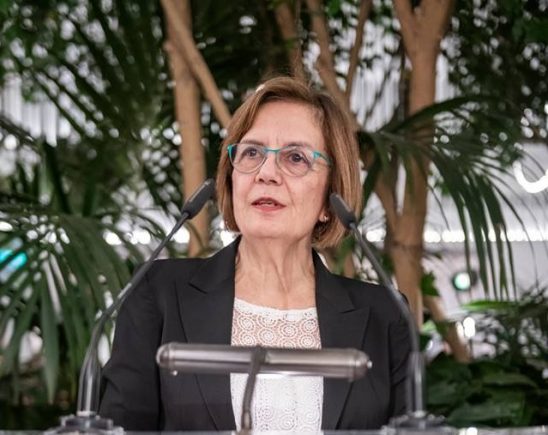 In an interview to Greek daily Ta Nea, Fischer said Greece was not the legal owner of the Parthenon Marbles and ruled out the possibility of an open-ended loan, claiming that exhibition loans were extended only to those recognized as legal owners.

“The objects that are part of the collection of the British Museum are in the fiduciary ownership of the Trustees of the Museum,” he said.

From Illegal to Claims of Ownership

Illegally removed from the Parthenon and sold by Lord Elgin to the British Museum in 1817, the 2,500-year-old marble sculptures have been the subject of dispute for over three decades, with Greece and the international community repeatedly calling on the British Museum to return them to their  place of origin.

Greece called on Britain to open negotiations over their return last year.

At the same time, in view of the UK’s exit from the European Union, Greece is considering re-negotiating the monuments’ return.

“Greece is the birthplace of the Parthenon Sculptures, Athens is their city, the Acropolis and its Museum are their natural space. Fischer’s statement with regard to ‘legitimate ownership’ demonstrates a narrow-minded, cynical notion of management,” said Zorba, adding that “such comments by the director of the British Museum, who is also a prominent art historian, are lamentable”. 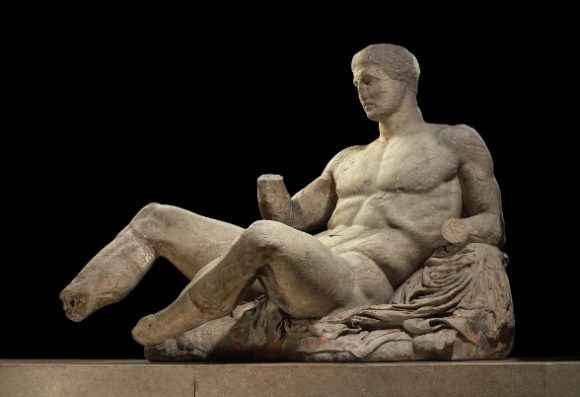 Figure of Dionysos from the east pediment of the Parthenon. Photo source: British Museum

Zorba went on to note that Fischer’s comments “reduce cultural heritage from an invaluable universal value to a mere transaction. Such views are in stark contrast to the perceptions that prevail today in the international field of culture”.

Zorba concluded noting that Fischer was disregarding the ongoing international opinion as well as UNESCO decisions, particularly in view “of a mutilated monument, a symbol of Greece throughout history, to which its reunification and rehabilitation are due, according to the basic principle of integrity as is laid out by the 1972 UNESCO Convention”.

UNESCO recognizes the historical, cultural, legal and ethical dimensions of the issue of the return of the Marbles to the Parthenon, which is a World Heritage Site and as such of universal significance.

The Greek monuments are among the British Museum’s most prized exhibits, attracting millions of visitors each year. The remaining half of the Parthenon Marbles are on show in the Acropolis Museum in Greece.

Meanwhile, Labour leader Jeremy Corbyn has pledged to return the Parthenon Marbles to Greece, should he be elected prime minister.

Meanwhile, in Britain, Andrew George, chair of Marbles Reunite and a Liberal Democrat MP, and English actor Stephen Fry have urged the return of the Marbles, appealing to a British sense of fair play, and underlining that they are a single work of art and should not be divided.

Indicatively in a 2017 poll published by UK daily the Independent, 55 percent of the British public supported the return of the marbles to Greece, with 21 percent saying they should remain in Britain.