Tourism in Greece is leading the country’s economy out of the crisis, according to a report published recently in Handelsblatt, a leading German-language business newspaper, and reproduced by Deutsche Welle.

Under the title “Restoring buyers’ confidence,” the author refers to the purchase of real estate in tourism destinations throughout Greece.

“In the field of the Greek tourism economy, one success comes after the other. From 2012 until today the number of visitors has almost doubled,” Handelsblatt’s author notes, underlining that a new record of arrivals in Greece is expected in 2019.

“Tourism is evolving into an increasingly powerful locomotive that is bringing the Greek economy out of the crisis. Entrepreneurs active in the real estate industry want a share and are investing billions in new hotels in Greece.”

The author notes that luxury holiday homes in Greece are the “biggest winners” in the entire Mediterranean. 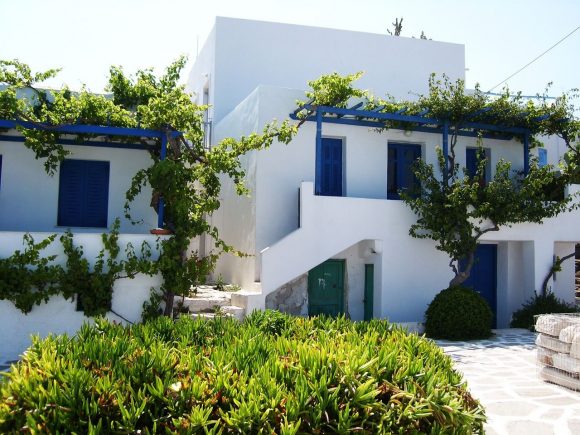 Citing data from Athens-based consultants Algean Property, the weekly rent for a luxury holiday home on Mykonos – on average – has reached 11,500 euros and on Santorini has risen to 8,000 euros per week. “In destinations like San Tropez or Ibiza, rents may be higher, but profit in Greece is even higher due to comparatively low market prices.”

Moreover, the author underlined that Greece’s past crisis has significantly affected the real estate market, as “whoever buys today in Greece, benefits from the problems of the past”.

According to Handelsblatt, the eight-year recession has left its traces in the Greek real estate market. Bank of Greece estimates showed that prices dropped by an average of 42 percent during the 2009-2017 period. In tourism destinations, the decrease was lower and around 38 percent.

“As the declining trend in business properties and residences continued in 2017, real estate for tourism use was already recovering, something that continued this year,” the author underlined.