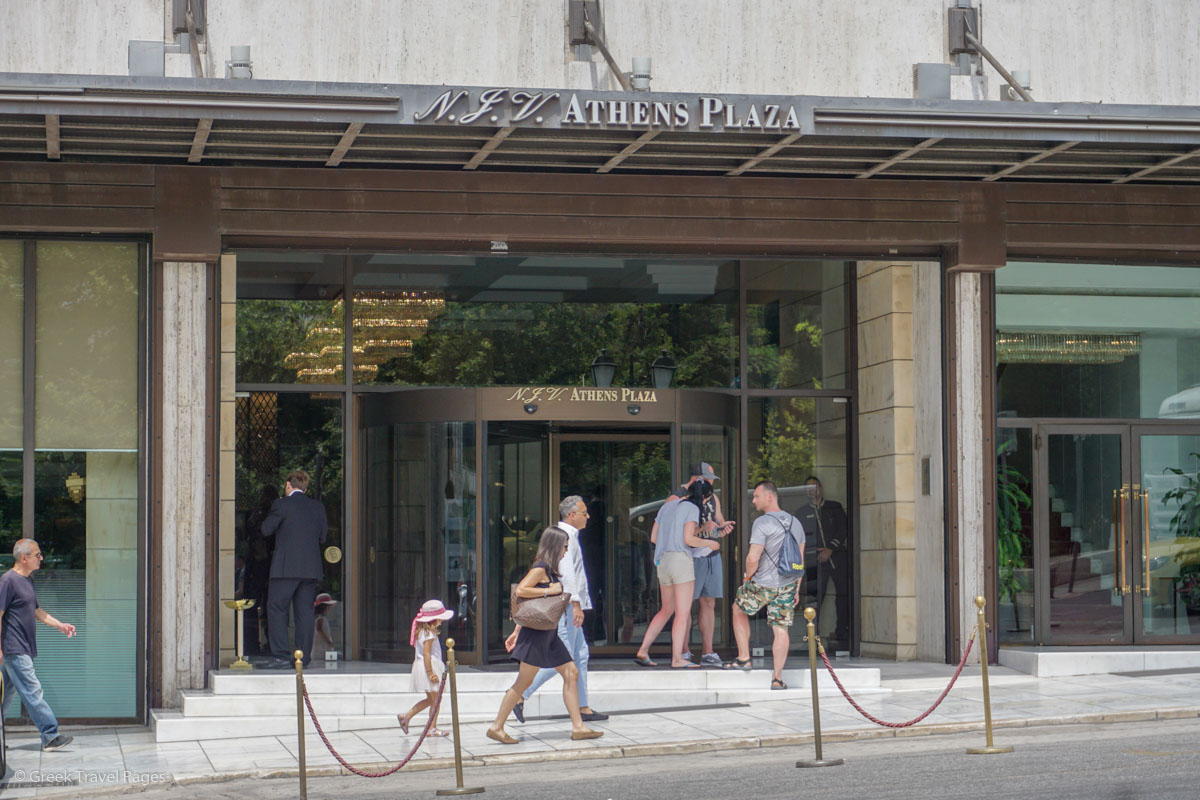 In an ongoing effort to offer modern services, high quality accommodation and overall provide its guests with a sense of value for money, the management of the NJV Athens Plaza, located on Syntagma Square in the Greek capital, is continuing renovation works to the hotel. 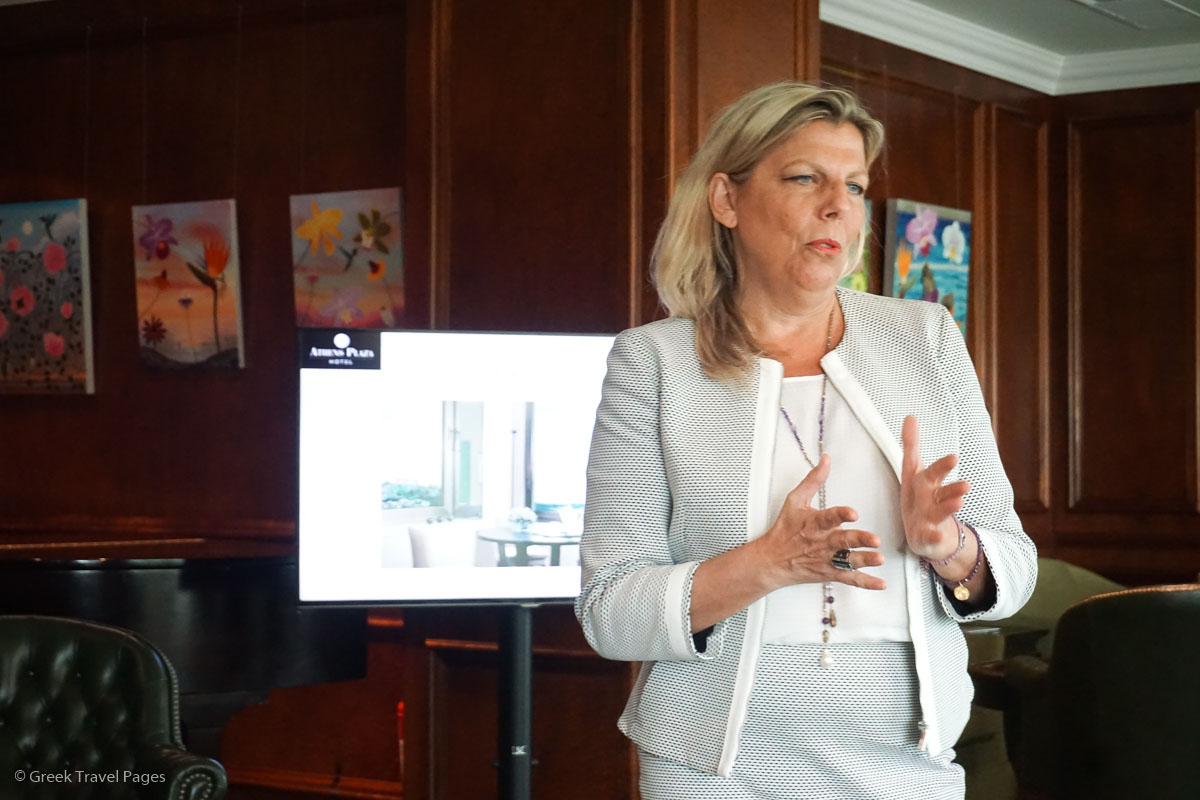 “We want to keep our prices at the level that Athens should have as a European city but at the same time improve the product,” NJV Athens Plaza General Manager Afroditi Arvaniti said on Thursday during a press briefing.

According to Arvaniti, the NJV Athens Plaza hotel is continuing a renovation program that begun in 2010, under a budget of five million euros.

“We aim to evolve continuously, to follow and often to be ahead of market trends so that we can give our customers value for their money. For them to receive what they pay for,” she added. 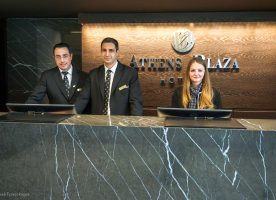 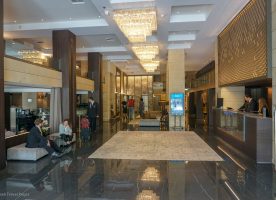 So far the hotel’s management has made improvements throughout the hotel costing some three million euros that included a full renovation of its suites in 2016 and the revamp of its lobby and the Plaza Café during 2017. The hotel’s most recent revamp project is its upscale, two-storey, 160 square-meter Presidential Suite, located on the seventh floor, which was completed this spring. 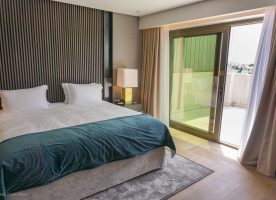 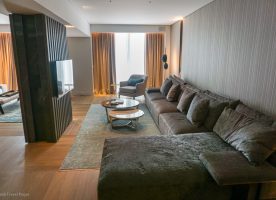 It is noted that during all renovation projects, the hotel operated normally without causing the slightest inconvinience to its guests.

The NJV Athens Plaza has 162 rooms and 18 suites, decorated with special finesse and high standard amenities. 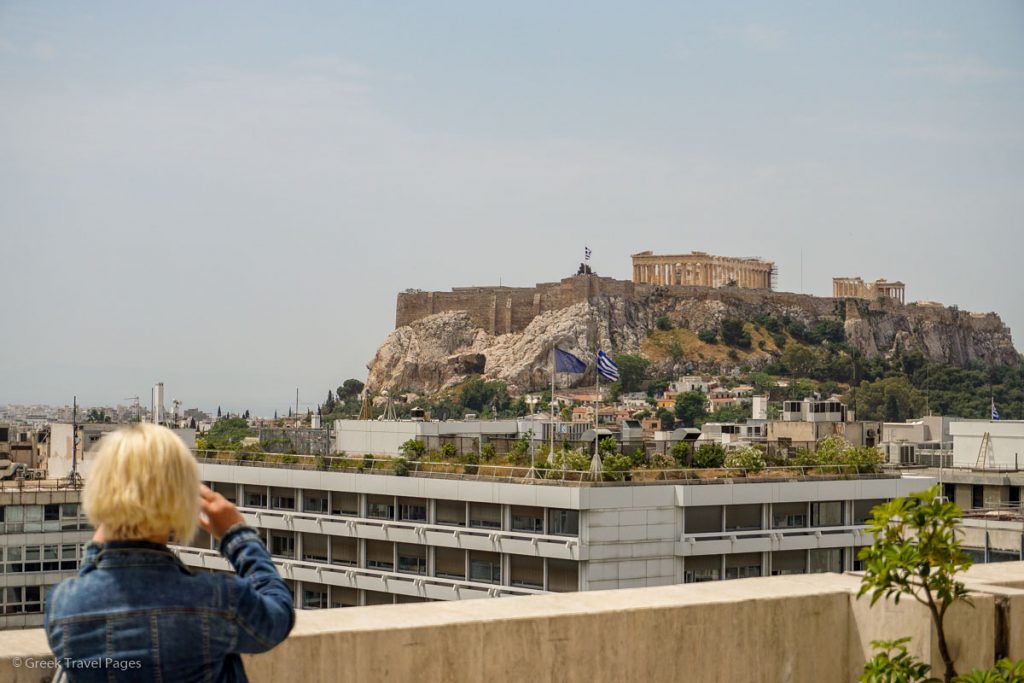 View from the NJV Athens Plaza Presidential Suite on the 7th floor.

“Our goal for this year is a rate close to 75 percent, which is a very good occupancy for a city hotel,” Arvaniti said. 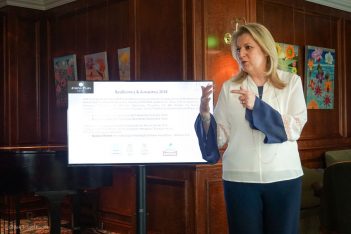 “Twenty-five percent of our guests are repeat visitors and this is a big success for our hotel as it shows a stability of our client base and that our guests feel right at home here,” NJV Athens Plaza Deputy General Manager Vana Lazarakou said, adding that 20 percent of the hotel’s clientele are corporate travelers, 25 percent are from travel agencies, 17 percent are groups and the remaining percentage book independently from booking engines.

According to Lazarakou, the hotel is also opening to the market of the Middle East.

Last year the hotel saw a 13.87 percent rise in turnover. “This is a significant increase in results since it is even greater than the hotel’s most successful year, that of the Athens 2004 Olympic Games,” she added. 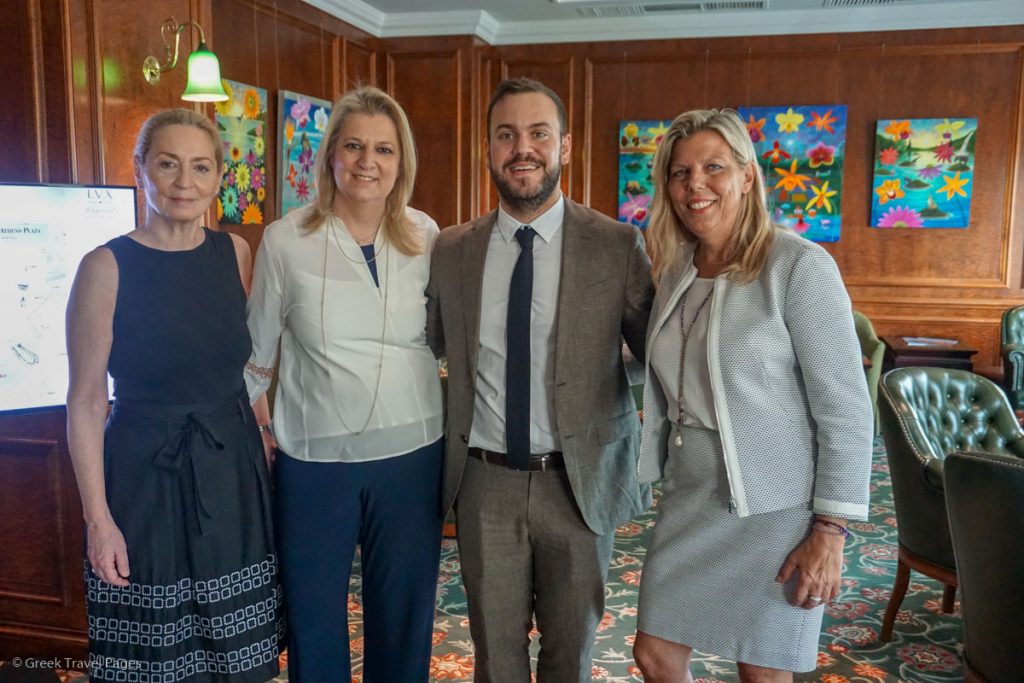 With a number of hospitality awards under its belt, the NJV Athens Plaza received a special distinction last year as it was one of the eight hotels from various parts of the world to receive a 2016 GIFTTS (Great Initiatives for Today’s [Tomorrow’s] Society) from the Preferred Hotels & Resorts, the world’s largest independent hotel brand. The annual GIFTTS Awards, recognize member hotels that take the meaning of genuine hospitality beyond their front doors by showcasing an outstanding commitment to philanthropy, sustainability, education and community. 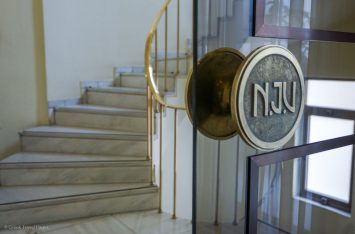