The challenges that impede the performance of conference tourism in Greece and the difficulties PCOs face when bidding to host international events in the country were the focus of a very lively panel discussion at the 8th Panhellenic Conference of the Hellenic Association of Professional Congress Organizers (HAPCO) held recently in Athens.

“Greece can become the preferred destination for conference and MICE (Meetings, Incentive, Conventions and Exhibitions) tourism,” HAPCO’s president, Irini Toli, said during her speech and requested that the government, as well as private and public associations, take the conference tourism sector more seriously.

Toli underlined that HAPCO aims to promote Greece as a conference destination and this way contribute to the development of the national economy.

According to the panelists, which included a number of HAPCO members/PCOs and tourism experts, Greece must adopt a “conference tourism mentality”. The experts underlined that synergies between PCOs, the state and local authorities are “crucial” to the sector.

The panelists stressed that Greece has the potential of being included among the 10 best worldwide destinations for hosting conferences and that this could be achieved if the country follows examples of developed conference destinations abroad.

However, they added that there are still many issues that prevent Greece’s progress when competing with other conference destinations.

More support from the state needed

According to Greek PCOs, the country’s conference tourism product needs more promotion and support from the state.

During the discussion, the best practices of foreign congress organizers were highlighted. Greek PCOs commented that competitor countries usually have the full support of ministers and mayors when bidding to host major conference events. “In many cases abroad we have seen a minister or mayor accompany a PCO during a bid,” HAPCO’s secretary general, Sissy Lignou, said, underlining that the Greek state, local government and the private sector must enhance cooperation.

According to the International Congress and Convention Association’s (ICCA) regional director for Europe, Elif Balci Fisunoglu, depending on the type of a conference a PCO is bidding for, the government’s involvement can be sometimes crucial.

“It is an advantage if a PCO has the mayor’s or minister’s support letter in the front pages of the bidding book he or she is submitting… Any kind of such support always puts a PCO one step further when bidding for a conference,” Fisunoglu told GTP Headlines on the sidelines of the conference.

Fisunoglu added that Greece is a very important destination for conference tourism and definitely has potential to do even better in the industry.

“When I look at Greece as a destination, everything is here: the history, the beauty, the institutions, the unities, but just maybe its conference product should be presented in a more focused way to the market,” she said.

Another important issue highlighted by PCOs was conference infrastructure and particularly the absence of a metropolitan conference center in Athens. 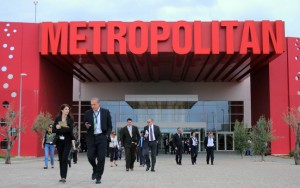 The panelists agreed that Athens has quality infrastructure to hold conference events that accommodate up to 5,000-6,000 delegates (Athens Concert Hall, Thessaloniki Concert Hall and the Metropolitan Expo) but remains the only European city that has successfully hosted the Olympic Games and does not have a metropolitan conference center to host events for 10,000 delegates.

HAPCO’s president underlined that a metropolitan conference center, combined with the collective planning of an organized action plan for the promotion and development of the country’s conference tourism product, will contribute to the launch of congress tourism, attract delegates/visitors of high level and income and strengthen the national economy. 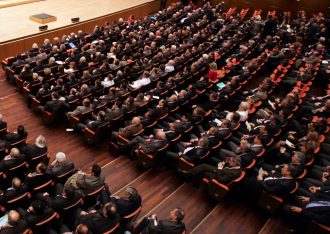 According to ICCA, conference tourism is one of the main sources of revenue for the local economy as well as for the whole country. ICCA’s statistics show that an average congress of approximately 500-1,000 delegates translates to one million euros for the local economy. It has been calculated that one delegate spends the amount of 1,900 euros during a three-day stay in Greece, much more than the equivalent of a leisure tourist (690 euros).

In recent years, Greece has made some progress in hosting international conferences. According to ICCA, Greece and Athens, respectively, are ranked 25th in the world ranking of conferences. In the European ranking Greece is in 15th place, Athens in the 17th place and Thessaloniki in the 53th place.

HAPCO also underlined the significance of creating a Conference Registry in Greece, which would ensure accurate statistics on the number of conferences hosted by the country. According to HAPCO, a registry would allow the state to collect all indirect or direct taxes, monitor VAT payments, while the organization of conferences by the sector’s certified professionals/entrepreneurs would be protected.

During HAPCO’s conference, the Secretary General of Tourism, Evridiki Kourneta, announced the tourism ministry’s plans to support the development of conference tourism in Greece.

“We are preparing a roadmap that includes the terms and conditions so that conference tourism, more resilient than leisure tourism, will be one of the most developing and dynamic sectors for the Greek tourist product,” she said, adding that the ministry aims to promote Greece internationally as a safe, reliable, hospitable and attractive tourist destination with high standard conference facilities for tourism 365 days a year.

During HAPCO’s conference, two major issues that concern PCOs were also discussed: the possible restriction to the number of medical conferences allowed to be held in Greece and the new EU privacy regulation known as “GDPR”.