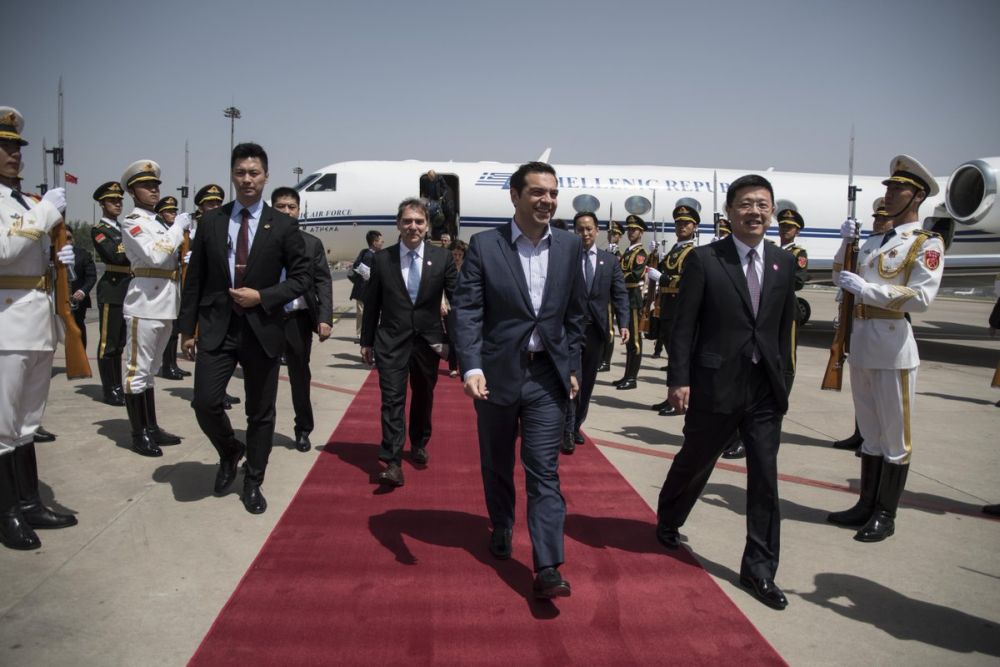 As part of the Greek government’s drive to strengthen cooperation with China and attract investment, Greek Prime Minister Alexis Tsipras arrived in Beijing on Friday, May 12, to participate in the Belt and Road Forum for International Cooperation (BRF) on May 14-15.

“We are strengthening the strategic cooperation between Greece and China,” the Greek prime minister said in a message on his twitter account setting the ground for a series of meetings starting off with investment, banking and business group representatives today.

According to media reports, Tsipras is expected to sign a three-year agreement that will seek to bring in Chinese investments in the energy and infrastructure sectors and more specifically in the fields of afri-food, mineral, fur, tourism and real estate with Chinese officials.

China will be featured as the honored country at the 82nd Thessaloniki International Trade Fair (TIF) in September.

The Beijing Belt and Road Forum is the largest diplomatic event of the year for China, portrayed by Chinese media as “China’s solution” for the world’s economic problems.

Greece and China have intensified actions this year to strengthen relations, with Greece hosting the 1st International Western Silk Road Workshop in Alexandroupolis last April, and expected to feature China as the honored country during the 82nd Thessaloniki International Trade Fair (TIF) to be held on September 9-17.