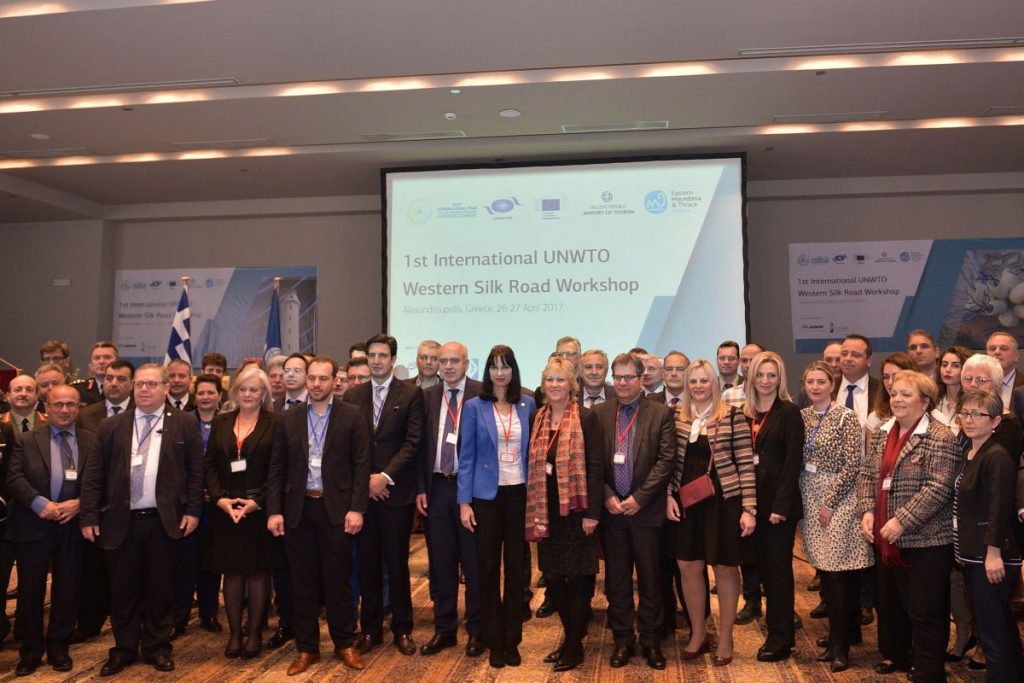 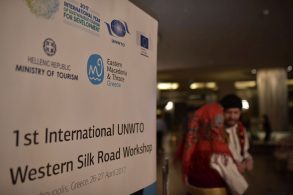 The city of Alexandroupolis in Greece recently hosted the 1st International UNWTO Western Silk Road Workshop, the first practical step of an initiative developed by UNWTO in cooperation with the European Commission as part of the ‘Enhancing the Understanding of European Tourism’ Project. The event, held on April 26-27, was jointly organized by UNWTO, the Greek Tourism Ministry and the Region of Eastern Macedonia and Thrace.

The workshop brought together 51 representatives from 33 countries. 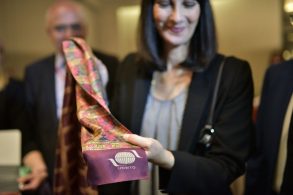 As expressed by UNWTO Secretary-General, Taleb Rifai, “in present times, and building upon a natural and cultural wealth spanning thousands of years, we are in a position to reject harmful global tendencies and revive a route capable of transforming the way we think about and relate to travel. I can think of no better place to host an event focused on European Silk Road heritage than Greece – rightly considered one of the cradles of Humanity”. 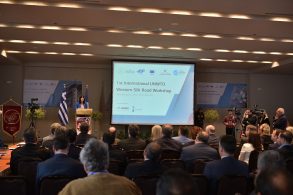 While opening the workshop, Greek Tourism Minister Elena Kountoura underlined that tourism unites people and nations. “It promotes stability, peace and growth. It builds bridges of cooperation and opens-up roads to prosperity. Thus, we are pleased to support the organization of the first international workshop, as part of this excellent Western Silk Road initiative,” she said. 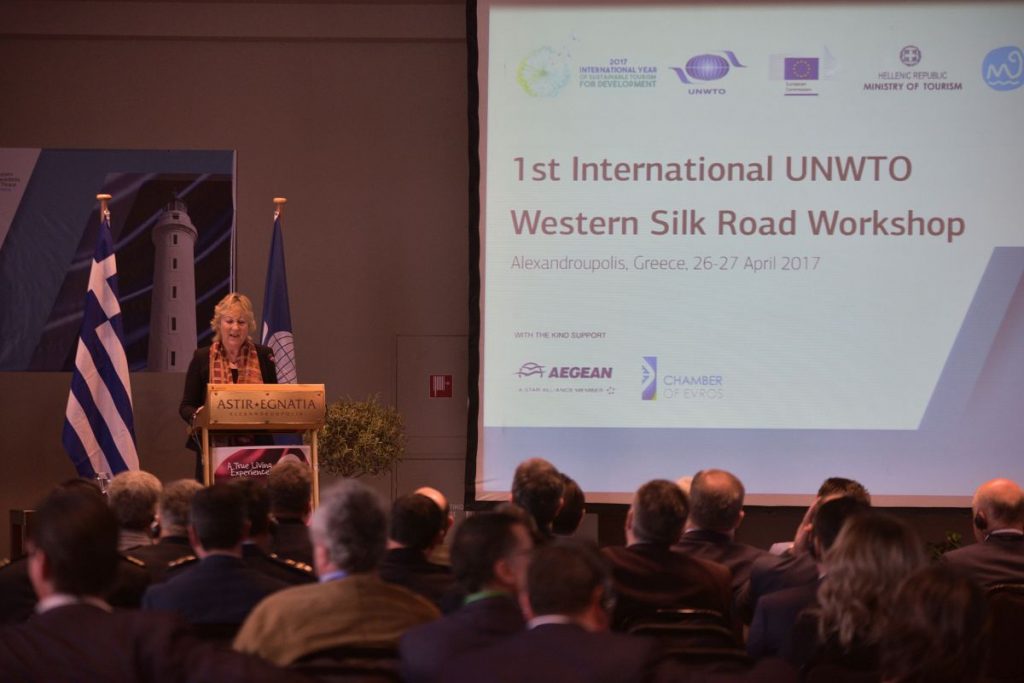 Heading the UNWTO Silk Road Program, Alla Peressolova underlined that Greece is one of the most active members of the Western Silk Road revival project, which will connect countries and strengthen relations with each other, link world heritage monuments, create thousands of jobs and contribute to the eradication of poverty.

Three panels integrated the workshop that focused on the challenges and opportunities to develop the Western Silk Road as a trans-national tourism route, on the marketing potential of the Route, and on the practical steps needed to be taken in order to ensure the project’s long-term success and viability. As part of the discussions, a Western Silk Road Work Group has been established in charge of guaranteeing a coordinated approach. 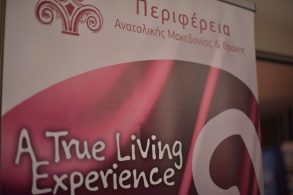 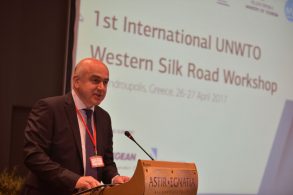 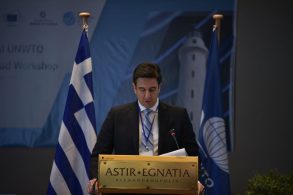 Attended by the Governor of Eastern Macedonia and Thrace, Christos Metios; the Mayor of Alexandroupoli, Evaggelos Lambakis and the Secretary General of the Greek National Tourism Organization, Dimitris Tryfonopoulos, the workshop counted upon excellent feedback from a wide range of international stakeholders from the tourism sector and beyond, including tour operators, universities, cultural route representatives and stakeholders from the creative arts, such as the Silk Road Folklore Dance Festival and the Silk Road Film Festival. 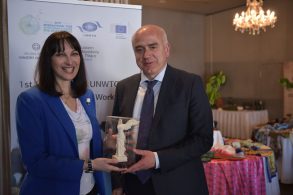 Important input was also contributed by UNWTO Affiliate Members, TripAdvisor, Destination Makers, the Fundación Turismo Valencia, the World Federation of Tourist Guides Association (WFTGA), the Greek Guiding Association and the Ministry of Culture and Tourism of Iraq, that addressed the potential of cultural and religious tourism.

Aegean Airlines, who shared its actions in promoting route development and connectivity across the Silk Road, the Chamber of Evros and the Tsiakiris Silkhouse supported the event.

The conclusions of the workshop will be further concretized at the 2nd International Western Silk Road Workshop, which will take place in Bulgaria at the end of June 2017.