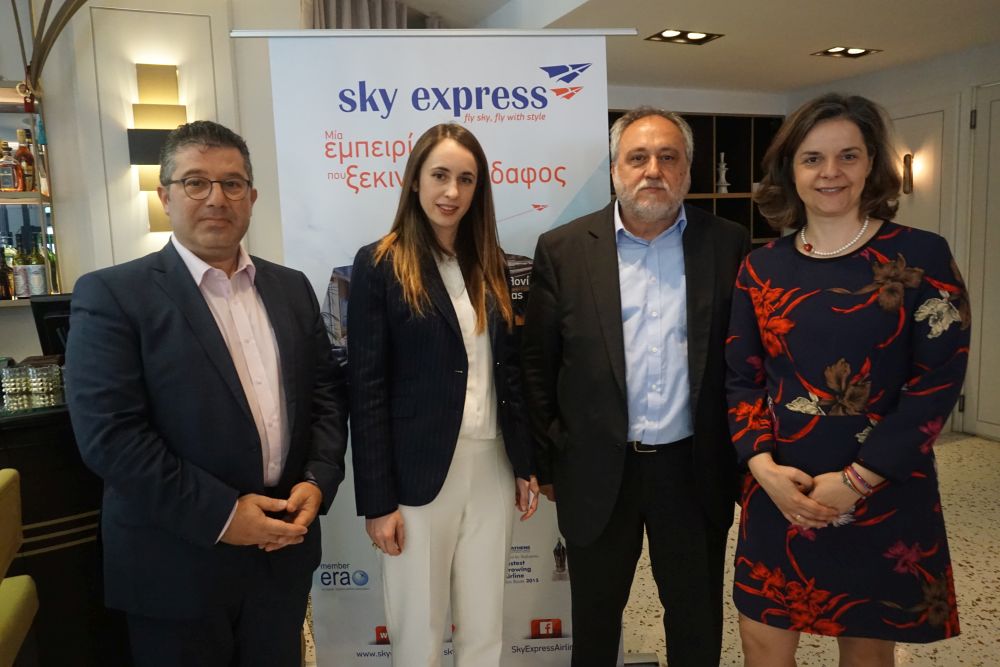 Greek airline Sky Express is aiming to boost its competitiveness in the domestic aviation market by achieving to serve 500,000 passengers in 2017, up from 170,000 last year. The airline’s main goal is to serve one million passengers in 2020.

“2016 was a very important year for Sky Express as we invested in Greece, we developed our network with new destinations and now have the second largest domestic network in the country,” Sky Express CEO Niki Karagoule Karageorgiou said during a media briefing on Wednesday.

Karageorgiou announced that the airline this year will increase flights from Athens, Thessaloniki and Heraklion to Greek islands, as it has been assigned to serve a number of remote Greek destinations.

“In 2017 we will increase our scheduled flights by 80 percent, to 14,600 and we will double the number of seats offered to 750,000,” she said, adding that the company this year is aiming to triple its passenger traffic and serve 500,000 passengers.

Over the past year, Sky Express has added 18 new destinations to its network, serving nine routes exclusively.

Moreover, last year Sky Express signed a codeshare agreement with German carrier Germania, which gives passengers from Bremen and Nuremberg the opportunity to travel to the Greek islands. According to Karageorgiou, similar partnerships will be announced in the near future.

The company’s fleet consists mainly of ATR aircraft, of 48 and 70 seats, which are tailored to serve domestic regional airports.

The airline’s fares, which in some cases were said to be up to 50 percent less expensive than passenger ferry ticket prices, include free luggage and hand luggage.