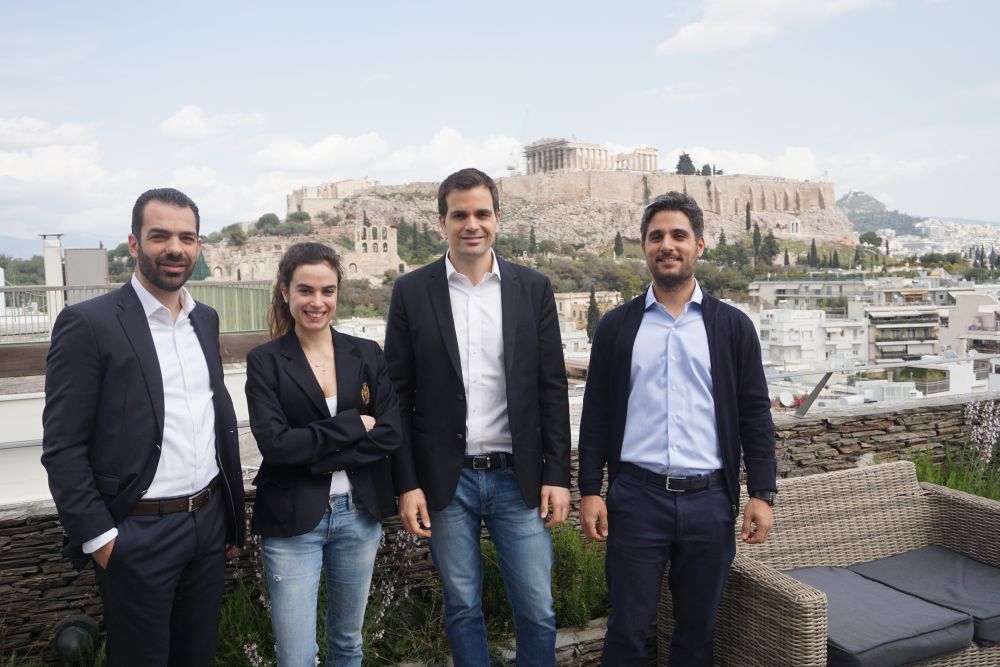 The blueground team on the balcony of one the residential properties it manages.

blueground, a hospitality startup, has received an additional 5.5 million euros in a series-A funding round from a group of investors, including the European fund VentureFriends and American fund Endeavor Catalyst. The Greek startup company leases and manages residential properties – after transforming them into fully furnished and serviced residences – to corporate travelers, expats and leisure travelers for short- or long-term stay.

blueground is one of the fastest growing hospitality startups worldwide as it tripled its turnover in the last year and expanded successfully in Istanbul and Dubai.

During a media briefing on Wednesday, the company’s co-founder and CEO, Alexandros Chatzieleftheriou, said that the new funding will boost the company’s plans to strengthen its presence in the countries it already operates, to expand into new markets – further in Europe, Middle East and Asia – and also invest in further technology development.

“We are very excited with the new funding we secured, but also for our company’s continuous development in the markets we operate in,” Chatzieleftheriou said.

Since 2013, when the company was founded, it has received a total of over 6.9 million euros, which ranks its among the Greek startups companies with the highest capital raising.

“The trust showed to us by our existing and new investors gives us the confidence to continue with the same growth rates,” he added.

blueground already works with over 400 homeowners, securing them with a fixed monthly income, long-term contracts and high flexibility. Moreover, the company has helped thousands of corporate executives and travelers in Greece find the high-quality accommodation they were looking for.