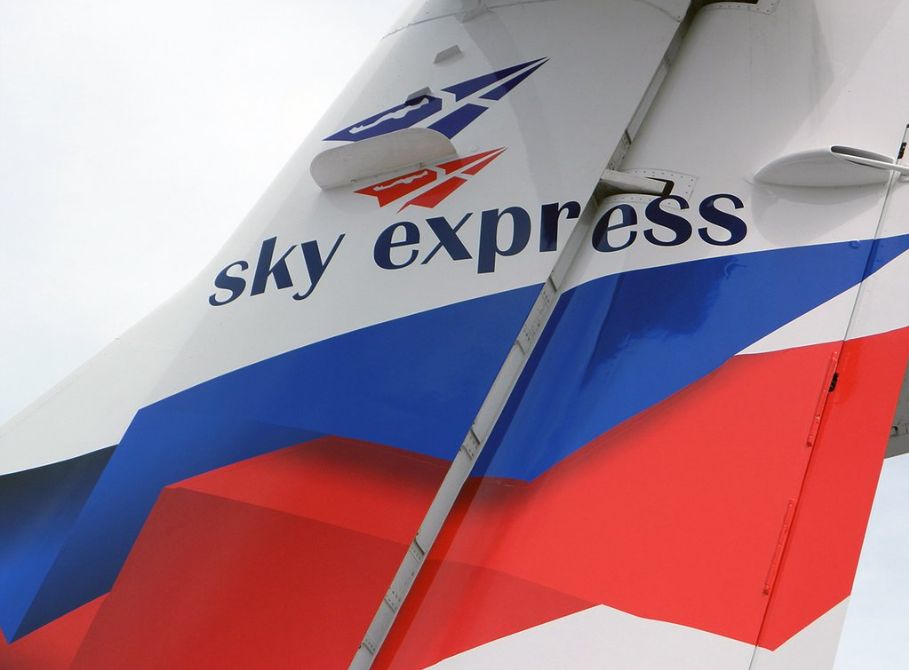 Greek airline Sky Express and German carrier Germania have signed a codeshare agreement that is expected to considerably expand the network of holiday destinations available over the forthcoming year.

According to the agreement, Germania will offer its passengers travel to a number of the Greek islands, without having to provide direct flights.

Germania will launch two flights per week to Athens (every Monday and Thursday) from Bremen (as of May 4) and from Nuremberg (as of June 12), giving its passengers the opportunity to travel to the Greek islands via Sky Express either on the same or the following day. Destinations from Athens include the 14 Greek islands of Crete (Heraklion and Sitia), Santorini, Mykonos, Karpathos, Skiathos, Paros, Kythira, Ikaria, Zakynthos, Chios, Astypalaia, Syros, Naxos and Milos.

Germania will use an Airbus A319 (150 seats) and Boeing 737 (148 seats) to transport passengers from Bremen and Nuremberg. Sky Express will then use ATR42 (48 seats) turbo-prop aircraft for onward journeys.

Flights to and from Athens can already be booked online and ticket prices start at 69 euros one-way. The codeshare arrangements will be implemented by the end of January, which means that onward flights and island hopping packages can be booked from February 2017.

“This cooperation is fully aligned with Sky Express’ strategy to strengthen its network and enhances the sustainable touristic growth of the Greek islands”, Sky Express CEO Niki Karagoule Karageorgou said.

“This development complements Germania’s existing connections between Germany and Greece. For the first time, holiday makers to Rhodes, Kos and Crete can visit different islands during a package holiday, thanks to the agreement. Sky Express will facilitate flying between the islands and island hopping.”

On his part, Germania CEO Karsten Balke underlined that the codeshare agreement allows both airlines to combine their strengths.

“For many years, passengers have experienced Germania’s reliable and comfortable service to Greece, and now the airport hub in Athens offers many more possibilities for onward journeys”, Balke said.

According to Sky Express, further cooperation with other German airports is planned for 2018.