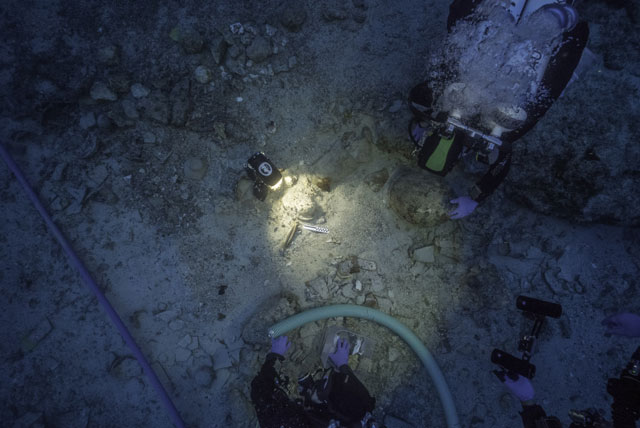 The skeletal remains found at a 2,000-year-old shipwreck off the Greek island of Antikythera may shed light into the habits of ancient travelers and what caused the ship’s sinking, the Greek culture ministry said on Tuesday. 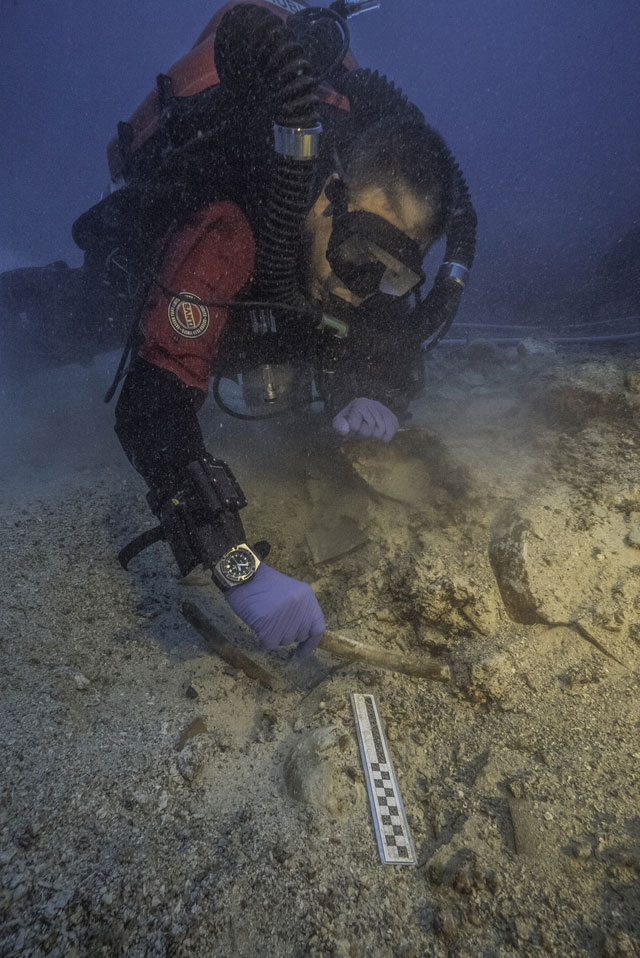 Bones and parts of a skull that emerged in the latest excavations carried out between August 28 and September 14 on the shipwreck – which has also produced the Antikythera Mechanism  and many other intriguing finds, – are expected to provide a picture of the events that led to the sinking.

“The position of the bones and their relation to other finds nearby indicate a violent shipwreck, which together with anthropological and genetic analysis are expected to provide clues into the person [in the ship’s hold], ie gender, age at death as well as [assist in] the general reconstruction of his/her lifestyle,” the ministry said.

Speaking to Reuters, the director of the ministry’s Ephorate of Underwater Antiquities, Angeliki G. Simosi, said the test results were expected next month.

“The DNA results will [also] give us information on … the way the person died, whether they were smashed by the ship’s cargo,” she explained, adding that if the gender of the person on board is “female, it would add to evidence that such ships carried passengers as well as cargo”.

The team of archaeologists has thus far discovered five skeletons including one of a woman during excavations in 1900-1901 and in 1976. The next mission will focus on retrieving remains from the fifth skeleton which may be hidden under the sand.