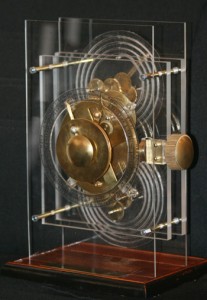 A replica of the Antikythera Mechanism will be on display at the exhibition to open at the Archaeological Museum of Arta.

A BBC documentary that shows the secrets of a 2,000-year-old computer used by Ancient Greeks will be screened at the Archaeological Museum of Arta on 7 October following the opening of the “Antikythera Mechanism” exhibition.

At the exhibition’s launch, the latest replica of the Antikythera Mechanism will be showcased by the research team of the Aristotle University of Thessaloniki. Rich audiovisual material will accompany the replica.

The “Antikythera Mechanism” exhibition will open at on Monday 7 October at 7:30 pm and run until Sunday 13 October.

Following the exhibition’s opening, the musuem will screen the BBC’s 1-hour documentary “The Two-Thousand-Year-Old Computer” that refers to the Antikythera Mechanism and the mystery that surrounds it.

The BBC production (released in 2012) has documented the discovery and investigation of the mechanism.

The Antikythera Mechanism is a clock-like astronomical calculator dating from the second century BC. The mechanism was discovered accidentally in 1900–1901 from the Antikythera wreck, but its significance and complexity were not understood until a century later. 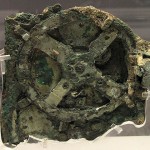 The Antikythera mechanism (Fragment A – front). 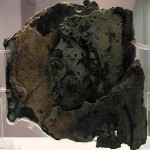 The Antikythera mechanism (Fragment A – back).