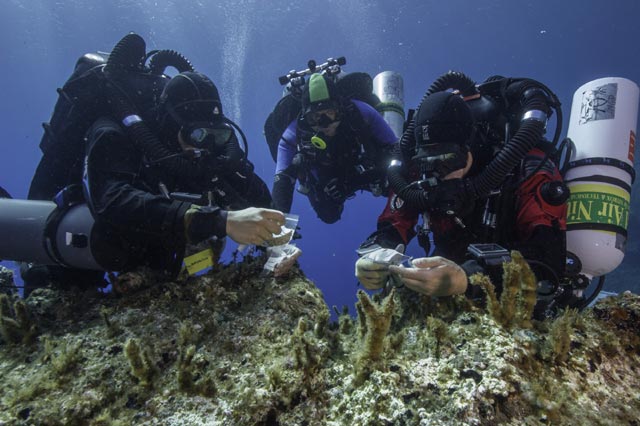 A recent survey of the 2,000-year-old Greek “Antikythera mechanism”, found on an ancient shipwreck by sponge divers in 1901 near the islet of Antikythera, has produced some 60 artifacts and revealed new functions, including the first hint that the device was used to make astrological predictions.

Scholars from Greece’s Ephorate of Underwater Antiquities and the US Woods Hole Oceanographic Institute carried out the latest expedition between May 22 and June 11, which produced some 60 artifacts, including a second bronze spear, four fragments of marble statues, and a gold ring.

Findings and analysis have led to the conclusion that the device, also known as the world’s first computer, is thought to have been used to track the position of the sun, the phases of the moon, the positions of the planets, and the timing of eclipses.

The ship, which sank off the coast of Antikythera in the first century BC, was carrying treasures including statues, jewelry, battered bronze pieces, traces of gearwheels, dials and pointers.