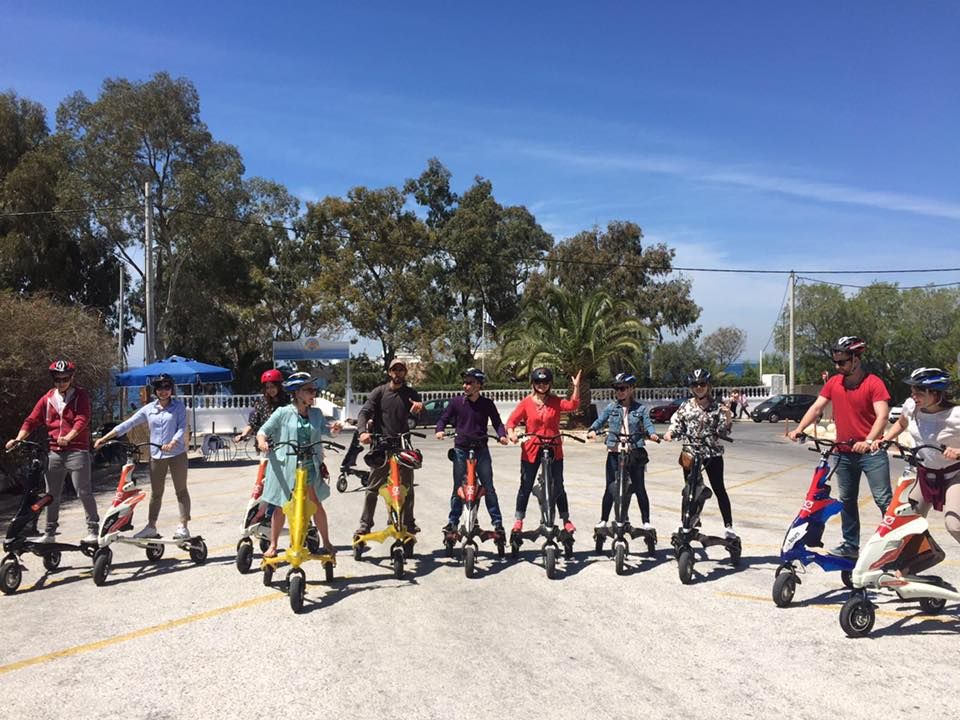 Activities in Athens included a “scooterised” tour for the Russian MICE agents.

Promoting Athens as a major Meetings, Incentives, Conferences, and Events (MICE) destination was at the center of an April fam trip for Russian agencies organized by Athens-based AFEA Travel and Congress Services.

The fam trip hosted 11 Russian MICE agents on April 21-22, who were introduced to many of the Greek capital’s major accommodation facilities including King George, Divani Apollon Palace & Thalasso and The Margi. The two-day program also included visits to the Acropolis Museum, the historic center and Plaka as well as the Athenian Riviera.

Besides the facilities, monuments and major attractions, the visitors also had the chance to sample Greek cuisine during a special gastronomy tour, which also included cooking lessons at the Greek Gastronomy Museum. The Russian MICE agents also took a “scooterised” tour around the Kavouri suburb.

Founded in 1977, AFEA provides travel and congress services to a wide client portfolio including major multinational corporations, private companies and enterprises, scientific and educational organizations, as well as governmental and public institutions in Greece and worldwide.