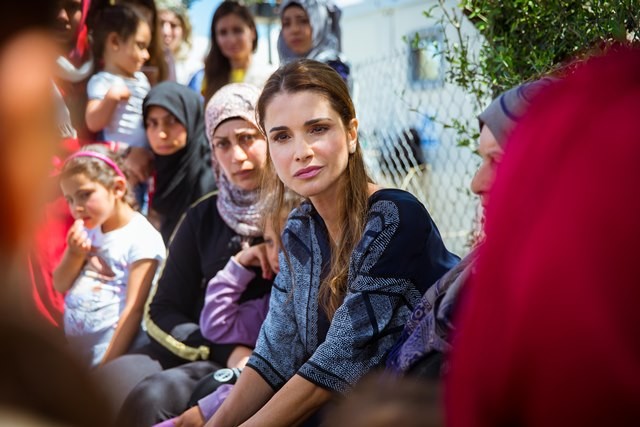 Queen Rania Al Abdullah of Jordan called for a collective global response to the growing refugee crisis, explaining that its impact is much greater than any one country or any one region’s capacity to cope.

The Queen made these statements during a visit to the Kara Tepe refugee camp on the Greek island of Lesvos on Monday in her capacity as advocate for the International Rescue Committee (IRC), where she also met with several refugees.

Queen Rania explained that responsibility for the refugee crisis cannot be defined by geography and cannot be contained in Europe or the Middle East. 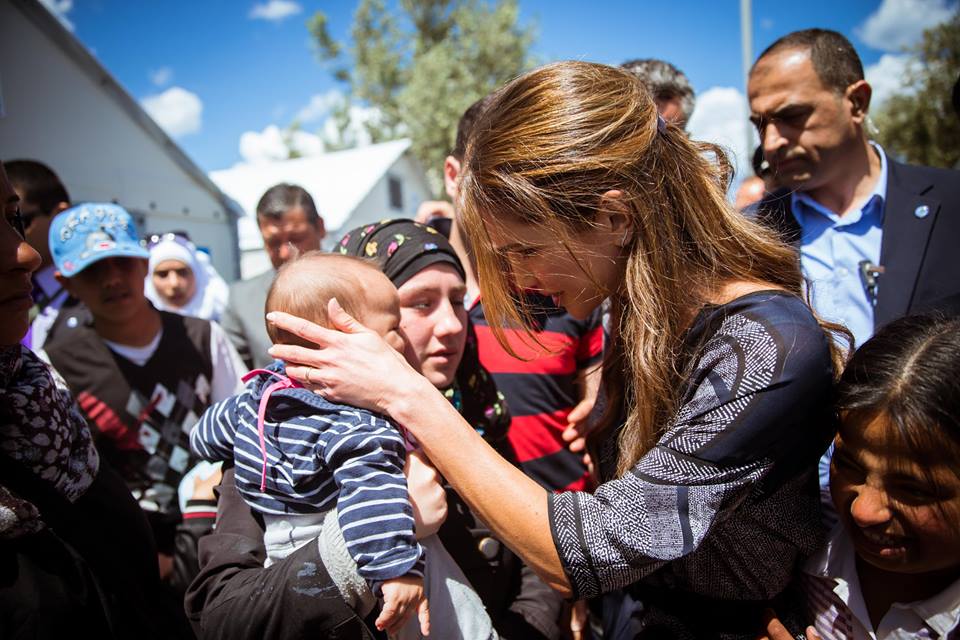 “Refugees are not numbers. They are human beings like you and I, except they have seen unspeakable horror and have experienced unthinkable tragedy and hardship. They risked everything, their families, their possessions just to make it to safety,” she said.

“We need to bring humanity and compassion back into the narrative, because this crisis is about people not borders and barriers. It’s about human dignity not deals,” she added.

Queen Rania said that many humanitarian are concerned about the ramifications of the EU-Turkey deal. She warned that desperate refugees will not stop trying to reach safety and security in Europe, adding that new and dangerous smuggler routes were already expanding.

She also thanked the Greek government and people, who have shown “remarkable empathy and kindness towards refugees” despite six years of economic hardship.

While at the camp, Mayor of Lesvos, Spyros Galinos, briefed the Queen about the plight of thousands of refugees on the island, which is considered the gateway to mainland Europe.

According to Queen Rania’s press office, she met with two Syrian families and one Afghan family, who described the stress they are under while anxiously waiting for news about the fate of their asylum applications. Some said they sold all their belongings in order to flee Daesh-controlled territory in Syria.

Queen Rania also met with a group of Syrian women, who told her about the fear and grief they have experienced. Two of the women the Queen met lost their husbands, who drowned when their boat capsized while trying to get to Lesbos from Turkey last month.

Accompanying the Queen on the visit was IRC Country Director Panos Navrozidis. The IRC began its operations in Lesbos in July 2015, delivering clean water and sanitation in several refugee transit sites, and providing refugees with much-needed information about the registration process. The organization also continues to provide specialized services to the most vulnerable refugees, including people with limited mobility and children separated from their families.